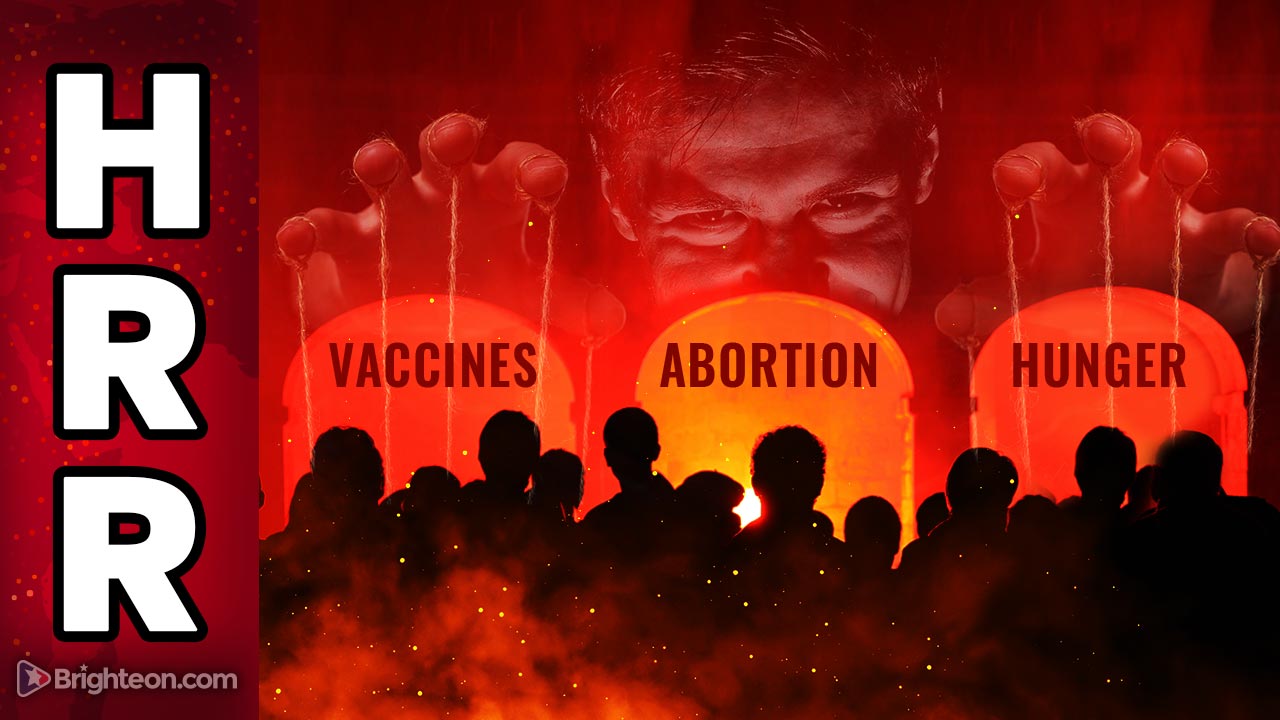 Globalists see humanity as cattle (or sheeple) to be exploited for as long as needed, then culled like cattle herds when they are no longer useful. As globalist advisor Yuval Harari is now saying (paraphrased), the age of humans is coming to an end on planet Earth, and globalists have activated a multi-faceted plan to “cleanse” the planet of all human beings.

If someone were to have some sick, twisted desire to kill off a herd of cattle, they could simply shut off the water and the food. Death would come in a matter of days or weeks at most. The same is happening right now to humans.

The water supply is being cut off via geoengineering, causing global droughts and widespread crop failures. Entire cities like Los Angeles and Los Vegas are being threatened with a terminated water supply in the years ahead.

The food supply is being decimated by cutting off fertilizer supplies and causing diesel fuel prices to go sky high while also attacking the supply chain that supplies agricultural equipment parts.

The result? Both the water supplies and food supplies are being cut off. The human herd is being culled in some of the same ways a herd of cattle might be eliminated.

Vaccines are designed to kill the gullible billions, and starvation will get the rest

Vaccines represent another kill vector for global depopulation. Because vaccines are voluntary, they are intended to easily kill off the gullible masses who are so ill-informed that they actually believe Big Government and Big Pharma wants to save their lives. In reality, of course, the vaccines are biological weapons designed for infertility and depopulation. A huge percentage — we don’t yet know the final number — of those who have already taken the vaccines will die from self-assembling clots that we now know contain high concentrations of conductive elements such as Aluminum, Tin and Sodium.

Those who resist the vaccines are harder to kill because they don’t line up and beg for death injections like the vaccine zealots do. Globalists intend to starve them to death with global food scarcity.

Right now, we already know there isn’t enough food in the pipeline to feed the world throughout 2023. It simply isn’t getting planted and harvested in sufficient quantities to feed 8 billion people.

Continued government attacks on the food supply — such as The Netherlands ordering ranchers to cull their herds — are designed to worsen food scarcity and accelerate mass starvation.

Relatively few people are getting prepared with backup food supplies. When the shelves are empty, they will panic.

Store plug: The Health Ranger Store will be releasing a few thousand “Ranger Buckets” during our Labor Day event starting Sep. 1. These are certified organic, laboratory-tested food supplies, containing NO MSG, no soy, no textured vegetable protein, no yeast extract, no refined carbohydrates or sugars, no artificial colors, etc. You can enter your email to be alerted when these are back in stock at this Ranger Buckets product page. (Click on the “Notify Me About Restock” button near the very bottom of the page to be alerted via email when these are back in stock.)

Globalists know a massive civilian uprising is just months away

In today’s Situation Update podcast (below), I explain that the globalist vaccine depopulation scheme has failed to kill off billions of people in the short amount of time that was intended. With food scarcity, energy scarcity and water scarcity now reaching critical levels, mass uprisings are mere months away. Western Europe, in particular, is going to see civilian revolts this coming winter as millions find themselves freezing and starving.

The globalists know that worldwide food scarcity is already baked in. They also know the mass uprisings will commence as starvation and scarcity worsen. Thus, there is a countdown timeline in play that cannot be rescheduled.

As a result, they are in a huge hurry to kill off billions of human beings before the uprisings get out of hand and snowball beyond the ability of these governments to contain.

This is the real purpose behind the recruiting and arming of 87,000 new IRS agents who are being told they will need to use “deadly force” against the American people. In France, the Ministry of the Interior is hiring thousands of “green police” who will join armed brigades to supposedly prosecute “environmental crimes.” Yet the real purpose of all these armed government agencies in the USA, France, UK, Germany, Canada, Australia, etc. is to carry out mass executions of civilians as the government’s war on humanity kicks into high gear.

The purpose of having a rogue FBI, armed IRS agents (armed with a massive new cache of ammunition and firearms), armed ATF agents, etc., is to have a private army that answers to the executive branch of government and that doesn’t fall under the jurisdiction of the US military, which cannot legally wage war on US soil. Federal agencies, however, can and will wage war against the American people. They are already doing it, with ATF agents now going door to door, demanding civilians surrender gun parts they legally purchased, for example. It’s going to be up to state governors to defend their residents against these federal tyrants, and that will spark regional warfare with states literally going to war with rogue federal agencies run by the illegitimate fake “resident in chief” Joe Biden.

Democrats, media and government are preparing to call for mass executions of all Christians and conservatives

Even right now, democrats, government and the media are claiming that all conservatives are terrorists, implying they all deserve to be exterminated. As Everett Piper writes in the Washington Times:

This past Tuesday, Democrat adviser Kurt Bardella called all Republicans a “domestic terrorist cell.” MSNBC’s Tiffany Cross agreed and said there should be no distinction between Republicans and “right-wing extremists.” At the same time, Peter Wehner, a contributing writer for The Atlantic, likened the Republican Party to a “dagger pointed at the throat of American democracy.” All this while the FBI Director Christopher Wray added that any American flying the Gadsden — “Don’t Tread On Me” — flag is suspect of violent extremism.

Does it concern you that a group of Democrats holding power is now defining all Republicans as being “right-wing extremists” and a “threat to American democracy?”

Democrats, government and the media are gearing up to try to morally justify their “purge” of all conservatives, Christians, gun owners, pro-lifers and Trump supporters.

Remember, these Democrats are the same people who mutilate the genitalia of their own children in the name of transgenderism. If they will mutilate their children, what do you think they will do to their perceived political enemies? …Especially if they can convince themselves that their enemies represent a “threat to democracy.”

To the skeptics who say ignorant things like, “The IRS is going to use those guns and ammo on the American people,” we ask: Who else would they be planning to use it on? Of course it’s intended to use on Americans! Anyone who hasn’t yet come to realize that simple fact is probably not going to survive the next year in America.

Other vectors of depopulation being accelerated

If you’re wondering what can kill billions of people faster than mass starvation and crop failures, think grid down scenarios. Any western government can sabotage their own domestic power grid and blame the Russians for “cyber attacks.” When the power grid is down, the financial system grinds to a halt. Chaos ensues. Mass looting and violence in the streets. Cops bug out. Civilians who are left behind get murdered, robbed and raped. This will happen in nearly every blue city in America.

Within just a few months of a grid down scenario, up to 90% of the population is dead from violence, starvation, exposure or disease. Understand that heating and air conditioning will not function. Municipal water systems won’t work, meaning there will be no tap water. Cell towers will not function. If you need to charge an electronic device, you’ll need solar panels and a solar generator. If you want to enjoy communications, you’ll need a satellite phone or satellite text messaging device (like the Bivy stick from our sponsor SAT123.com). If you want to eat, you’ll need stored food. If you don’t want to die from dehydration, you’ll need a water filter and a water source that you can safely and frequently access. You’ll also need lots of containers for storing and transporting water, because you’ll need far more water than you think. (Figure 10 gallons per person per day as an absolute minimum.)

Understand that the globalists have only just begun to deploy their weapons against humanity. There’s much more they can unleash as needed, and if they don’t get the kill rate they’re wanting, they will just crank up the chaos until a sufficient number of billions are dead.

Humanity is being culled like cattle. Those who don’t see it will be among the first to be exterminated by it. But those who prepare have a realistic chance of making it through the genocide and participating in the rebuilding of human civilization on the other side.

Today’s Situation Update podcast spells it out in even more detail: 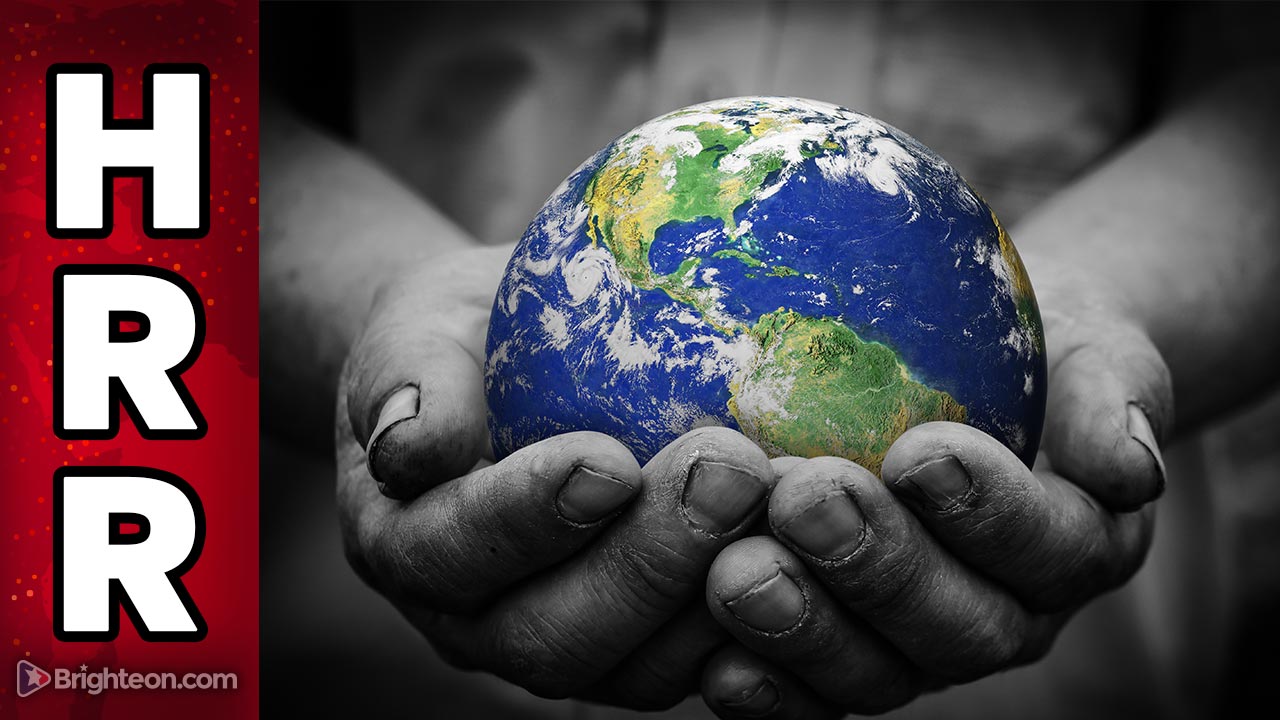 Globalists are terrorizing humanity with artificial SCARCITY of everything: Food, energy, fertilizer and more… When we defeat the controllers, we unleash ABUNDANCE for all
By Mike Adams 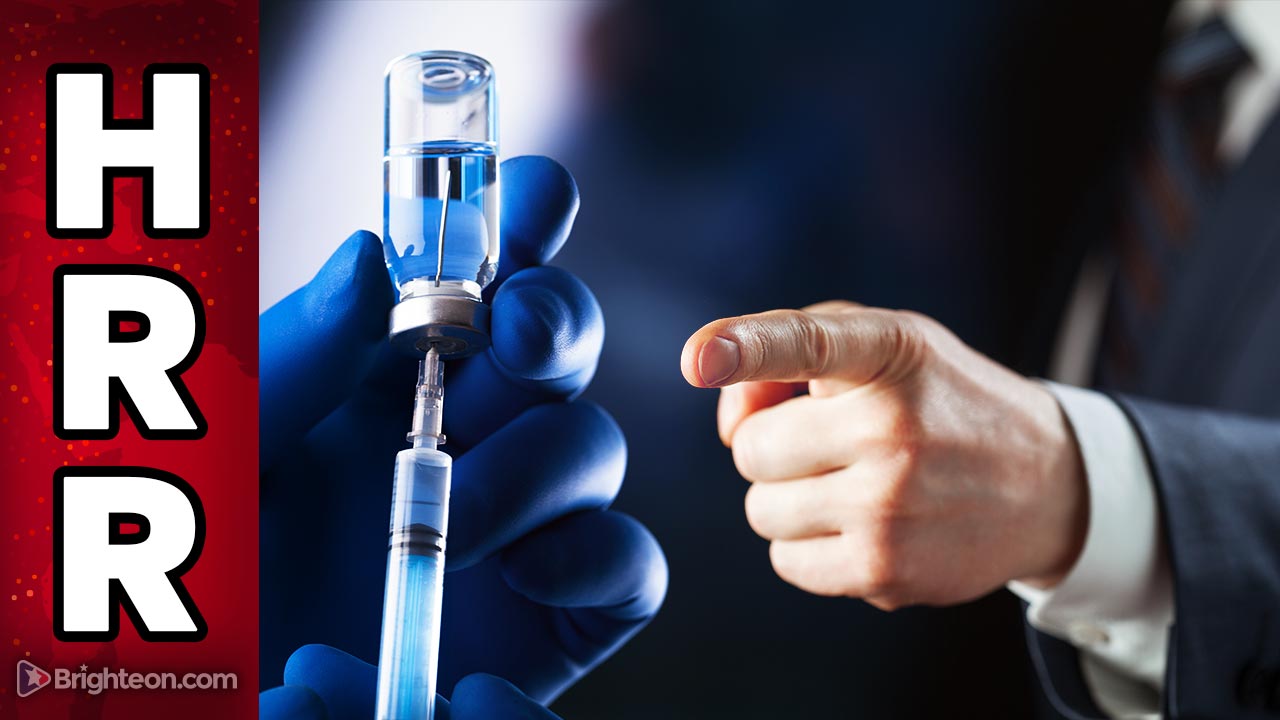 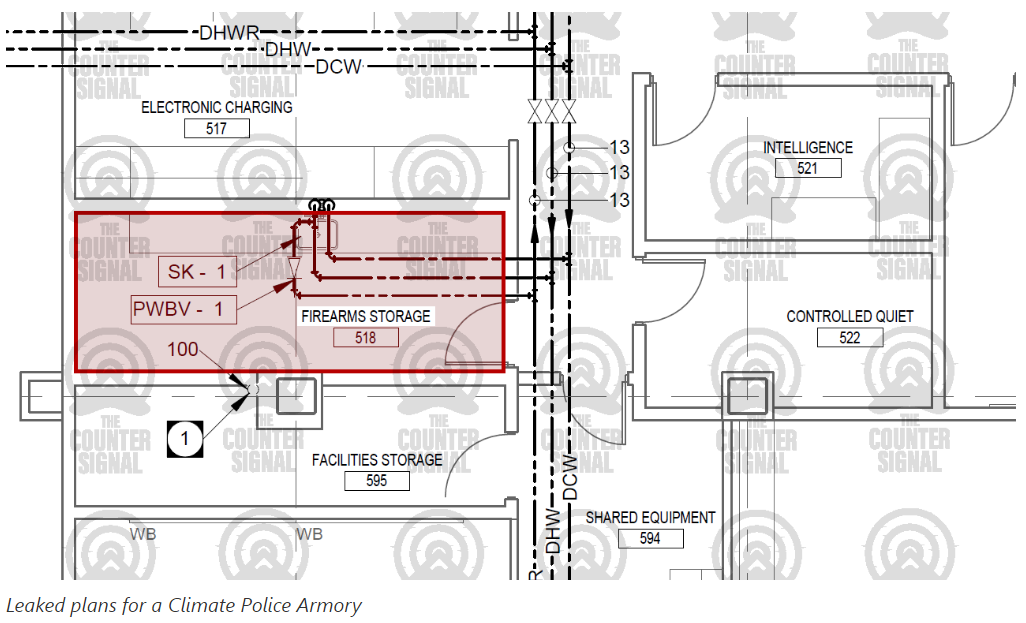