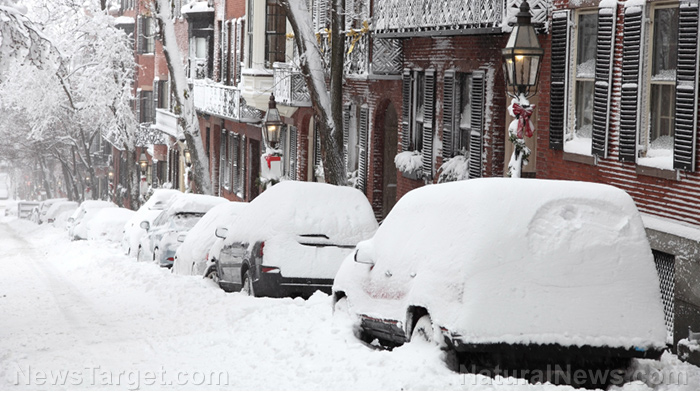 If you’ve ever watched any World War II footage of the Battle of the Bulge, you know it took place in the dead of winter and was Germany’s last offensive gasp before eventually being forced to surrender to the Allies.

What you may not know is where it took place: The Ardennes forest in Belgium.

Those kinds of harsh winters are the norm in the West European country, not the exception, and thanks to Europe’s insane over-reliance on unreliable and insufficient ‘green energy’ alternatives, Belgians are heading for hard winters for years to come.

The country’s prime minister, Alexander De Croo, told reporters on Monday that fellow citizens can expect that “the next five to 10 winters will be difficult” due to the country’s worsening energy crisis exacerbated by the Russian invasion of Ukraine.

“The development of the situation is very difficult throughout Europe,” De Croo told Belgium broadcaster VRT.

De Croo’s admission means that it will be far more difficult for Belgium and other European countries to replace lost Russian gas and fossil fuel energy supplies than first admitted, taking years to accomplish. In the meantime, that means the country’s economy, and that of the rest of the European continent, will be prone to hyperinflation, let alone having to deal with brutal winters that will likely cost lives.

And all because a) Europeans foolishly relied on Russia for energy though most are NATO countries; and b) they similarly invested heavily in unreliable and insufficient ‘green’ energy in the form of wind farms and solar panels.

Speaking of a perfect storm of stupidity, their energy crunch will also come as the West insists on shifting most of the transportation sector over to electric vehicles.

The continent heavily relies on Russia for its energy needs, importing about 40% of NatGas. At just 20% capacity with risks of going to zero next month, Russian supplies via Gazprom’s Nord Stream 1 have sent NatGas and power prices to record highs this week.

Bloomberg’s commodities reporter Javier Blas tweeted a map of the next-day prices for electricity across the European continent.

“MAP OF THE DAY: Day-ahead electricity prices in Europe are eye-watering, with lots of countries setting record highs for today. Notable to see the Nordics close to €400 per MWh, and Germany at €600. Before 2020, anything above €75-100 was considered expensive. #EnergyCrisis” he wrote.

MAP OF THE DAY: Day-ahead electricity prices in Europe are eye-watering, with lots of countries setting record highs for today. Notable to see the Nordics close to €400 per MWh, and Germany at €600. Before 2020, anything above €75-100 was considered expensive| #EnergyCrisis pic.twitter.com/RyTrbJ4Mxl

Those are eye-popping electricity rates and worse, they are going to become unaffordable for tens of millions of Europeans (or more) — a phenomenon that will no doubt breed even more unrest on the continent.

Next up: Germany, the continent’s largest economy by far, is heading for a recession that will bring down nearly every other European country as well.

Germany has admitted that it was stupid to become so overly reliant on cheap Russian fossil fuels, but it’s too late now. It may be just a matter of time before Berlin reneges on the EU-led boycott of Russian energy so its own citizens don’t freeze to death.