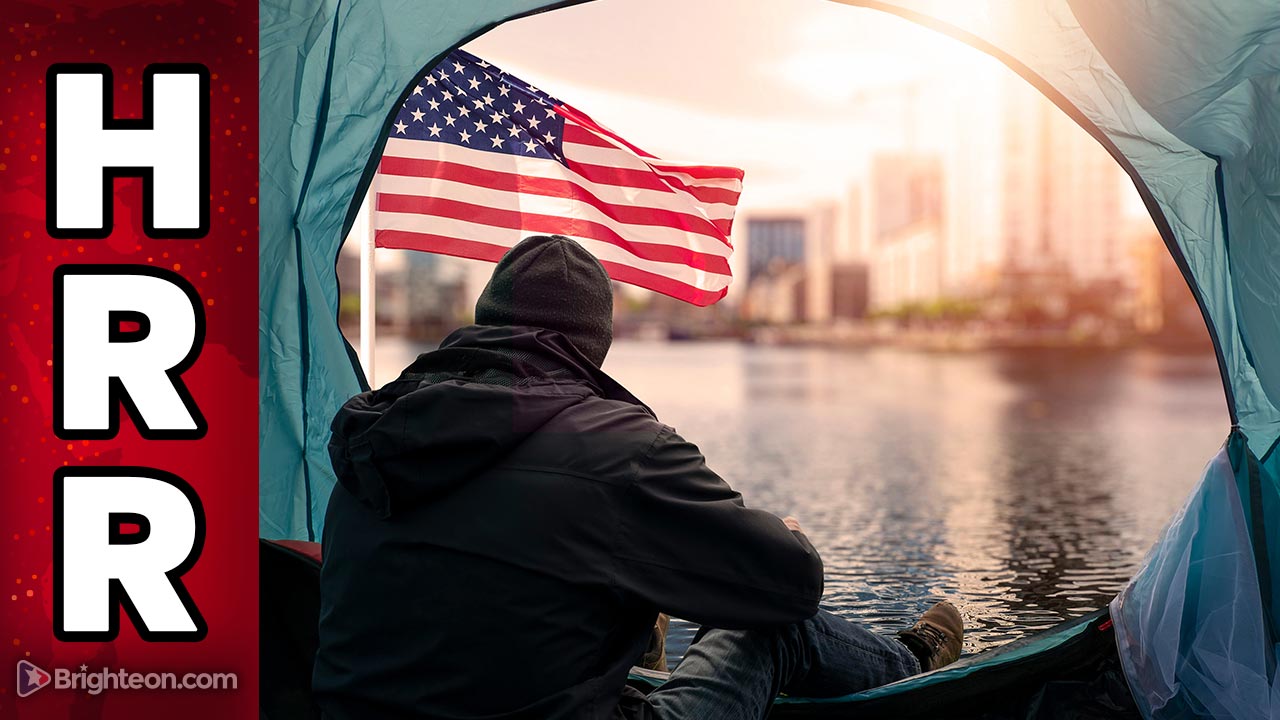 The collapse is now accelerating by the day. Earlier this week, we learned that one in six US households is behind on paying their electric bills (and electricity isn’t even expensive in the states compared to all of Western Europe, where people in France are paying $1 per kWh and going broke). Now, we’re learning that as many as 3.8 million American renters could face eviction in the next two months (see StrangeSounds.org) because they can’t keep up with rent payments, which now average over $2,000 / month in America.

Thanks to the disastrous economic policies of the illegitimate Biden regime that staged a ballot-stuffing election insurrection to steal the presidency, the American people are suffering like never before, fending off skyrocketing inflation (at nearly 20% once you include food, fuel and energy), rising food prices, still-high fuel prices (diesel just went back up over $5 / gallon today), and unaffordable rent and housing.

More and more Americans, it turns out, are going to have to choose between housing and food, meaning millions of new people will be homeless and / or starving before year’s end… all while Biden and the Democrats claims that Republicans are “a threat to democracy.”

What genius idea do Democrats propose to handle all the new millions of homeless people? Although this sounds incredible, it’s true: Los Angeles lawmakers hope to force hotels to house the homeless.

Forcing hotels to house the homeless

As reported by Mish Talk, LA City Council members actually blame hotels for causing homelessness, and they therefore justify forcing hotels to house homeless people on a daily basis, even if those hotels don’t want to.

This is straight up communism on display, and it will cause hotels to close down and flee Los Angeles, leaving the city to fall into the sh#thole collapse that’s always inevitable when Leftists are in charge. Sooner or later, they destroy everything they touch.

Just as the CDC, during covid, declared that no homeowners could evict renters who failed to pay rent, Los Angeles city leaders are going to declare that hotels must give free rooms to violent, drug-addicted and often criminally insane homeless people (not all homeless are this way, but in LA, the vast majority sure seem to be) into commercial hotel rooms.

Remember, California is the same state that just banned new combustion engine cars beginning in 2035, yet is right now telling electric vehicle (EV) owners to stop charging their EVs from 4pm – 9pm because the power grid can’t handle the load. And not even 1% of the population owns EVs yet. What happens when just 10% of the population tries to plug in their electric cars and charge them on a failing power grid that barely functions?

Even right now, California is facing the possibility of rolling blackouts, long before any significant percentage of its residents even own electric vehicles. Much like Western Europe, California has chosen the route of economic suicide by dismantling its own energy infrastructure and condemning residents to a life without reliable energy, transportation or private property rights of any kind. If you own a hotel, it will be commandeered by the state and used to house the homeless. If you own a home, you will be forced to embrace squatters that don’t pay rent, and if you own a small retail business, you are forced to tolerate unlimited shoplifting while the police stand around and do nothing to stop the crime.

In California, you don’t really own any private property, and you don’t really have any fundamental right to own anything the government doesn’t want you to own (including guns and ammo, by the way).

As further evidence of the collapse of America and its military, the US Army has now grounded its entire fleet of Chinook helicopters. A military source reached out to us and told us this was due to the Army sourcing cheap, low-quality o-rings from China. The o-rings failed, causing fuel to leak into hot engine components, resulting in fires.

The Wall Street Journal is even covering the story:

The U.S. Army has grounded its entire fleet of CH-47 Chinook helicopters because of a risk of engine fires, U.S. officials said.

The U.S. Army Materiel Command grounded the fleet of hundreds of helicopters “out of an abundance of caution,” but officials were looking at more than 70 aircraft that contained a part that is suspected to be connected to the problem, officials said.

Just as the British Royal Navy can’t make aircraft carriers that are seaworthy — the new HMS Prince of Wales broke down on the very first day of a four-month mission — the US Army apparently can’t make helicopters that are reliably air worthy.

It begs the question: How, exactly are USA and NATO forces supposed to defeat Russia in a kinetic war when their own ships, jet fighters and helicopters can’t be trusted to function reliably?

And these military hardware assets aren’t even on the battlefield yet. They’re breaking even with peacetime use. Imagine how much less reliable they will be after taking enemy fire and ground-to-air missile strikes.

The F-35 fighter, meanwhile, is an overpriced, unreliable nightmare of military industrial bloat. America’s anti-tank weapons are built on a design that’s two decades old, and America’s hypersonic missiles keep failing flight tests. Russia’s hypersonic missiles are functional and deployed. They are nuclear capable, as well, making it a simple matter for Russia to take out U.S. aircraft carriers by detonating nuclear weapons at altitude above them (at sea). To my knowledge, the US military has zero effective defenses against that.

And Russia, by the way, maintains air superiority over Eastern Ukraine. Wonder why? It’s obvious.

Remember the big Ukraine / NATO counteroffensive that I said was going to be launched in August? It happened a few days ago. You may not have ever heard about it because the attempted attack fizzled and achieved nothing other than the deaths of a reported 1,200 Ukrainian soldiers alongside the loss of 50+ armored military vehicles.

This attack took place near Kherson and was stopped by Russia within hours, holding no ground whatsoever. So much for the big counteroffensive. It makes you wonder where all those billions of dollars in US funds are actually going, doesn’t it? The money sure isn’t helping Ukraine’s front line fighting forces by any measurable degree. See: Ukraine SITREP: the promised “major Ukrainian counter-attack” ends in disaster.

Maybe next time, the US Army can send in Chinook helicopters with their flaming engines in some sort of suicide firebomb attack and hope they can crash them into Russian squads to set them on fire.

Folks, we are watching the last few desperate gasps of a dying empire (the US empire) whose military has become the laughing stock of the world, starting with the almost inexplicable fleeing of US forces from Kabul and the surrender of tens of billions of dollars worth of military hardware to the Taliban. To the rest of the world, the US military increasingly looks like a pathetic collection of woketards and soy boys. And that’s sad, because I personally know many good people in the active duty ranks, and they are not woketards and soy boys, but thanks to Pentagon leadership, this is the direction in which US military forces are being shifted. (I support our veterans, by the way, and I am incensed about the way the US government treats our men and women in uniform, especially at the VA.)

A “woke” military is not an effective fighting force, it turns out, just like a woke corporation isn’t economically viable either.

You can hear the full podcast here: 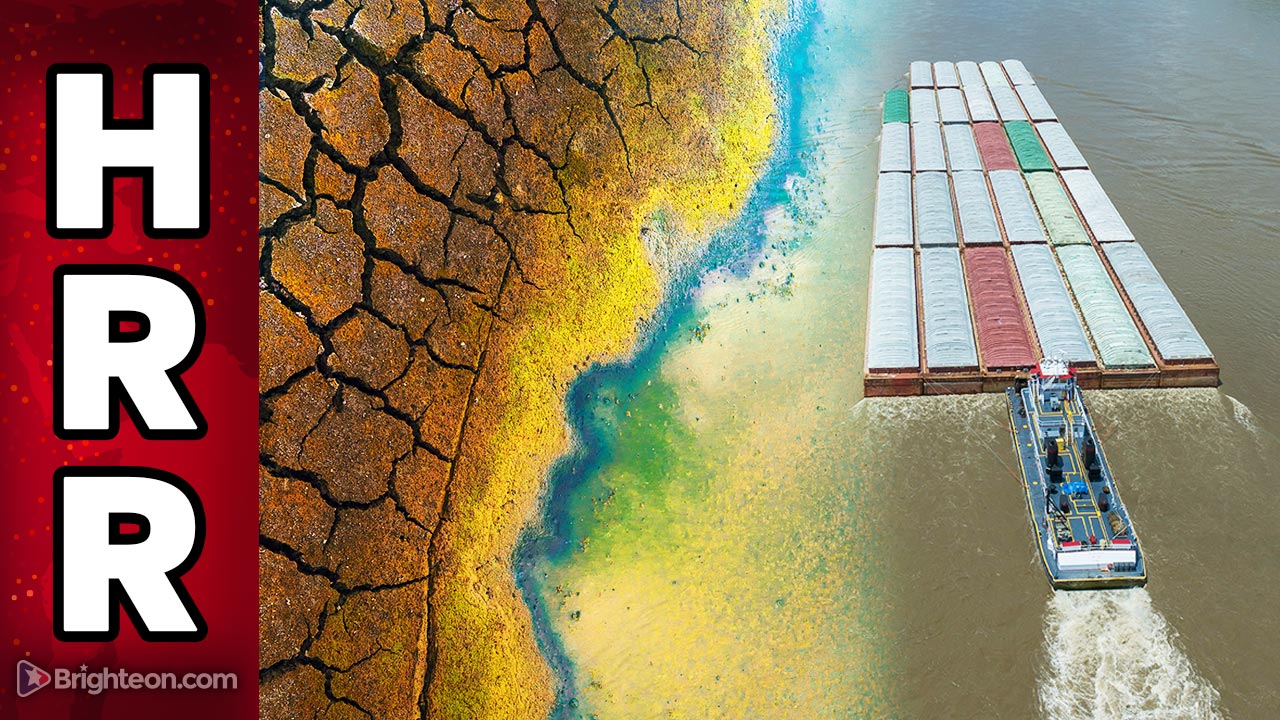 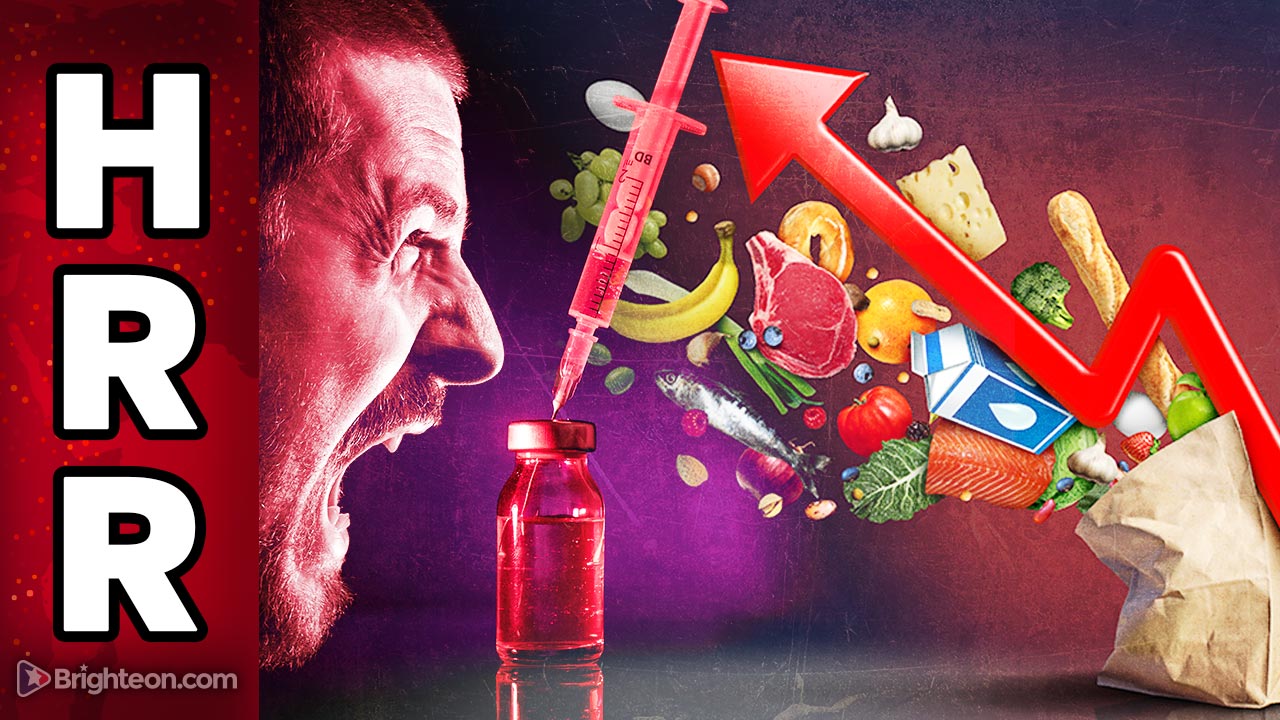