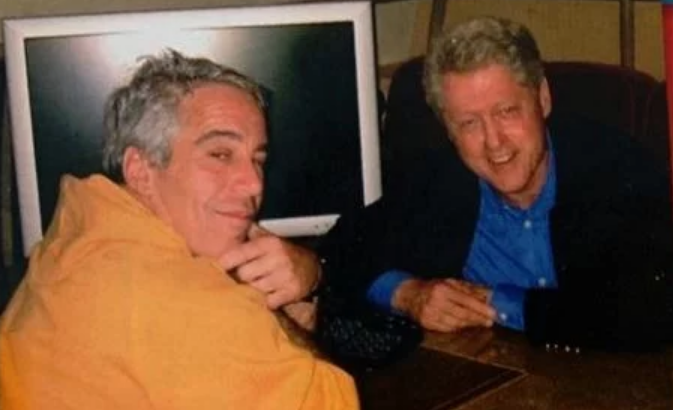 Once again, the FBI is proving that it is a politicized protectorate of the Washington political establishment and the deep state.

Internet sleuth Techno Fog noted online last week that the bureau is refusing to respond to a Freedom of Information Act (FOIA) request for information about the late convicted pedophile Jeffrey Epstein.

The anonymous blogger, who claims to be an attorney and also writes a popular Substack column, requested every record linked to any interviews the FBI conducted with Epstein, going on to suggest that the bureau, which has recently — and credibly — been accused of becoming politicized, may be hiding something after a FOIA request was denied.

We asked the FBI for the Jeffrey Epstein interview transcripts.

The FBI response: providing the Epstein records would interfere with law enforcement proceedings.

Either the FBI is lying or something is up. (Bet on FBI lies…)https://t.co/izwxxdo3KV

Epstein, the mysterious creep who kept a bevy of underage girls at his Caribbean island compound,  who was known to socialize with powerful leaders and luminaries including former President Bill Clinton, died under mysterious circumstances in 2019 while being held at the Manhattan Correctional Center on sex trafficking charges. Officials ruled his death a suicide at the time.

The FBI has acknowledged through prior records releases that Epstein had been an informant.

“Epstein has also provided information to the FBI as agreed upon,” said a note in a document the FBI previously released through its information “vault” in 2018.

As Big League Politics added, Techno Fog also suggested that because of Epstein’s informant status, that is likely why he avoided charges for molesting underaged girls for so long.

Wait. Was pedophile Jeffrey Epstein an informant for Mueller’s FBI?

From the 5/24/18 FBI Vault release: “Epstein has also provided information to the FBI as agreed upon.”

Is that why he escaped serious charges for molesting over twenty girls? pic.twitter.com/K4suAumD85

“There were other hints and rumors that he worked with the US government to recover stolen funds,” the sleuth added.

In his latest Substack entry, Techno Fog says that the FOIA request was made out of a suspicion that the FBI and Epstein worked together on several occasions. The sleuth also hinted that the denial of the request is akin to an admission that the FBI actually has additional records as he also cast doubt about whether they were under protection as part of an ongoing investigation.

“It’s more likely that the Epstein records might embarrass the FBI,” Techno Fog wrote. “The DOJ and FBI have been known to abuse the FOIA law enforcement exemption to hide investigative materials from public release. We’ve seen them do it. And they’re doing it again.”

Ghislaine Maxwell was convicted of procuring underage girls for Epstein last year and is currently serving a 20-year sentence. But notably, no one who was reportedly involved with any of the underaged girls aboard Epstein’s private jet or on his private island has been publicly identified by authorities or charged with any crimes.

“We’re exceedingly doubtful that the release of the Epstein records would ‘interfere with enforcement proceedings,’” Techno Fog wrote. “Ghislaine Maxwell has been convicted and Epstein is dead. The only potential tie might be from a grand jury investigation into ‘other possible co-conspirators of Jeffrey Epstein.’ But that was from the summer of 2020 and we rightly assume no charges were brought against whoever was being investigated.”

Epstein was a scumbag, but the FBI is obviously preventing information from coming out because it’s likely many of his ‘clients’ were powerful people. Like Bill Clinton.