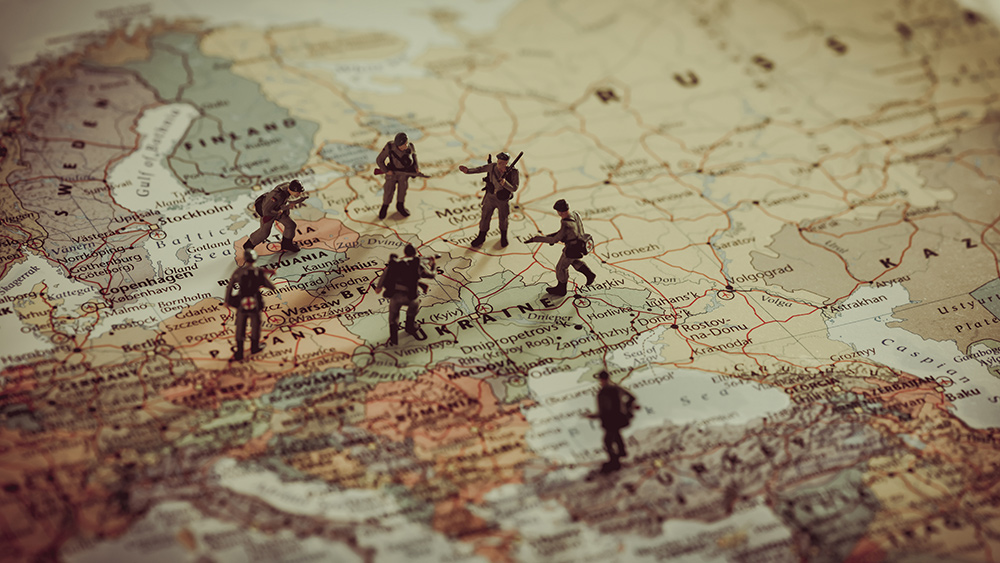 Former British National Security Adviser Peter Ricketts said Vladimir Putin’s aggression and the rise of China are putting the world on a “deadly path of chaos.”

Ricketts sounded the dire note about the state of global relations between the East and West during his lecture at Mercer’s Hall in London. He also warned of a perfect storm of crises that threaten to “collapse” the global order.

“The international situation is more dangerous and unpredictable than at any time since the end of World War II,” he said, adding that the war in Ukraine is unlikely to end any time soon, as it is the largest war in Europe since WWII, and they are seeing cities being smashed together by artillery fire.

He also noted that NATO is now returning to its initial purpose from 1949, which is to defend NATO member states’ territories and that allies of the organization were “encouraged” to see Putin as the master strategist in the destructive invasion of Ukraine.

“His war has not only failed to achieve its military objectives, but has undermined the reputation of his military,” Ricketts said. “It has left NATO stronger and more purposeful than ever before, with Sweden and Finland looking to join.”

Tensions have soared in recent weeks, with people fearing that Putin will push the nuclear button in a desperate attempt to form some sort of victory from the war. (Related: Clear and present danger: Putin warns NUCLEAR WAR is definitely coming if NATO continues to attack.)

Defense Secretary Ben Wallace was earlier forced to go back to Washington over fears that Putin will detonate a nuclear weapon over the Black Sea.

Ricketts believes the Russian leader’s threats of using nuclear weapons are just meant to frighten people. Ricketts said any nuclear strike on Ukraine is highly unlikely because it could also be catastrophic for Russia, making it an absurd risk.

A Swedish scientist has actually calculated the odds of an apocalyptic nuclear war at only six to one.

Still, the international situation is more dangerous and unpredictable these days.

The West warned of somewhat vague “catastrophic consequences” if Putin pushed the nuclear button, but it isn’t clear what they have in store. While doing nothing at all is a non-starter, the U.S. and its NATO allies are wary of a dangerous escalation with Russia and might only toughen sanctions and send more advanced weapons to Ukraine.

For Russia, a non-nuclear Western response might be almost as bad as a nuclear one as U.S. airstrikes could wipe out most of its forces in Ukraine and sink its entire Black Sea fleet in one fell swoop.

This may be a dangerous escalation, but it hasn’t been ruled out by retired U.S. officials.

The war is still unlikely to end soon as the upcoming winter is slowing the Ukrainian advance against Russian forces.

“Neither side can win an outright victory,” Ricketts said. “There is no prospect President Volodymyr Zelensky would accept a peace settlement which signed away parts of Ukrainian territory.”

Instead, the most likely option is a “Korea-style” armistice, without signing a peace agreement. “Both sides will accept they can’t go any further or fight any longer, but neither side will accept that or sign a peace treaty.”

Ricketts also said that Putin’s recent annexation of the Donbas is a “desperate attempt” to present some kind of victory to the Russian people.

He also warned of the rising danger posed by China, saying that while Russia is an immediate threat to security, China is a long-term security risk due to its massive investment in its military and nuclear weapons.

He called on the world to develop a “workable strategy” toward China, warning that a major crisis will take place between China and Taiwan in the next 10 to 15 years as Xi Jinping recently declared himself as China’s leader for life and wants to “solve” the Taiwan question before he has to leave office.

Visit WWIII.news for more updates about the Russia-Ukraine war.

Watch the video below for more information on why the U.S. needs to deter China and Russia.

This video is from the SayingHealthMinistries channel on Brighteon.com.

Even regular people are now constructing bunkers due to fears of a nuclear war.