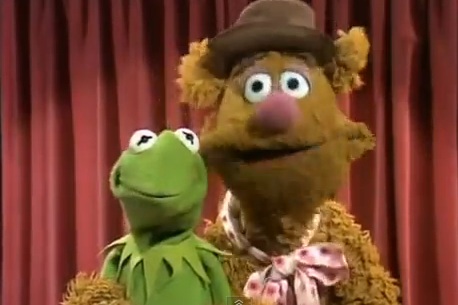 The recent premiere of The Muppets just proved that ABC’s newest version is a far cry from The Muppets Americans know and love – unless jokes about bikini waxes, boob jobs, tummy tucks and butt lifts are what you know and love about them!

The new show includes such perversity as Kermit the Frog falling in love with Denise the Pig, and Fozzie the bear talking to his human girlfriend about having kids. This is particularly baffling, considering the fact that these are puppets who “do not have a sexual orientation,” according to a Muppet spokesperson.[1]

As Julie Gunlock of the freedom-loving Independent Women’s Forum asks, “What’s next? Kermit deals with drug addiction, AIDS, gender reassignment surgery? Perhaps Miss Piggy (or Kermit’s new girlfriend) should deal with infertility. Or let’s all have a laugh riot while one of them visits an abortion clinic.”[2]

She might be exaggerating, but considering the Hollywood mindset, it’s really not too difficult to imagine an episode where Fozzie gets his girlfriend pregnant, and where she then goes to Planned Parenthood to get an abortion. Just envision it – an episode showing Planned Parenthood trying to sell the resulting fetal tissue with a bear’s DNA in the mix. Shocking? Yes. Far-fetched? At the rate the new Muppets is going – not so much.

Ms. Gunlock somehow agrees that it might be warranted to modernize The Muppets a bit for today’s audiences, but not THIS much. As she notes, there are plenty of examples of entertainment that can please children and adults alike, without resorting to obscene displays of sexual perversity.

Unfortunately, she continues, watching this new version of The Muppets is likely to “prompt discussions of divorce, infidelity, the hook-up culture, Hollywood’s preoccupation with plastic surgery and other issues usually reserved for adults.”[2]

Perhaps, however, we shouldn’t be too surprised at what has become of The Muppets. After all, our beloved Bert and Ernie already came out in favor of gay marriage in 2013 anyway.[1]

Submit a correction >>
entertainment, the muppets