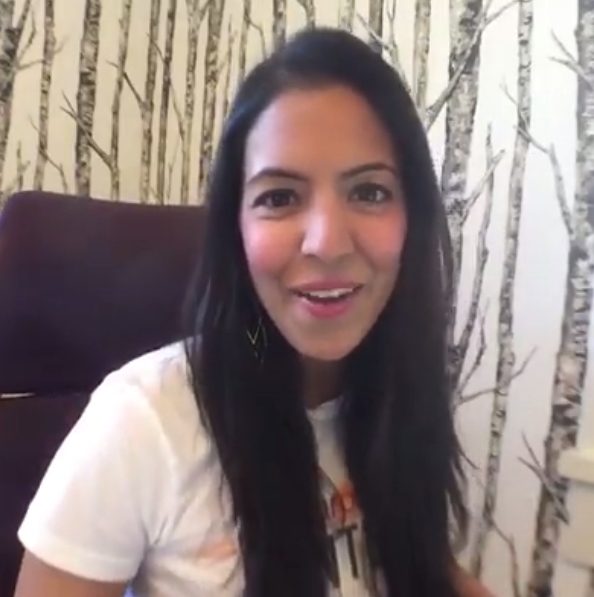 Reporting live from her Food Babe post, Vani Hari, the clean food activist who has been repeatedly and viciously attacked for her efforts to better our food supply, educated followers on how to deal with Internet trolls.

“Then they look for anything to use against us. Something taken out of context, something I said four years ago without any remembrance of anything, and they try to use that against you forever.

“And then they monitor our work, so that when it’s featured positively on any major news network, or outlet, they inform their troll gang about this and then they go comment on those articles. So, you’ll see comments on any articles that have to do with our work.”

You’ll see the same comments over and over again, says Hari. “Food Babe is a corporation. She’s out for your money. She’s a pseudo-scientist. She’s a fear-monger, when all really I am is a normal, everyday girl looking for the truth about our food.”

“They say we’re stupid, have chemophobia and that we don’t know what we are talking about. But I tell you, knowing what’s in our food is going to keep us safe. It’s going to keep us healthy, and it’s going to keep us from getting sick. And that is one thing I know because I changed around my whole diet and my whole life based on this lifestyle and it has changed my health. I got off every prescription drug, and I never felt or looked better,” says Hari.

Food Babe highlights a Facebook comment posted by a woman calling for popular deli-meat producer Boar’s Head to stop their use of chemical additives.

Your marketing leads us to believe you use no additives or chemicals in your products. Please make full ingredient lists available easily so consumers can make truly informed choices about your products. Also please consider offering a few organic meats to consumers.

“No one should have to take this,” says Hari.

One meme poked fun at Food Babe, claiming she’s incapable of doing research simply because she doesn’t have a PhD in chemistry.

We can’t save everyone, educate the ones you love

“Reading ingredient labels is research,” Hari counters passionately. “It is learning what’s in your food and you should not be ashamed of that. You don’t have to be a scientist to know how to eat.”

We’re all capable of learning what’s in our food, she says.

“Here’s the bottom line: Every time we expose something in 2016… they are going to attack us,” Hari says before giving her listeners some advice on how to deal with trolls.

“Rule no. 1: You’re never going to win a debate with a troll, because a troll doesn’t have intellectual honesty. They’re going to do whatever they can to wear you down.

“So the best strategy is to call them out, expose them as shills, expose them for who they are, people who are against the truth, for artificial ingredients in our food, who are for GMOs… and move on. And keep posting and putting pressure on these companies to do the right thing,” she adds.

“The main thing you can do is to keep posting and not be scared to post, because that is the reason they do this, to make you feel stupid and wrong. No matter what you do, you’re not going to change their minds.

“At the end of the day, you have to just bless these trolls and ignore them, and wish them well and hope that they find their path. Because we can’t save everyone. We’re only going to be able to save the people who have their eyes open.”