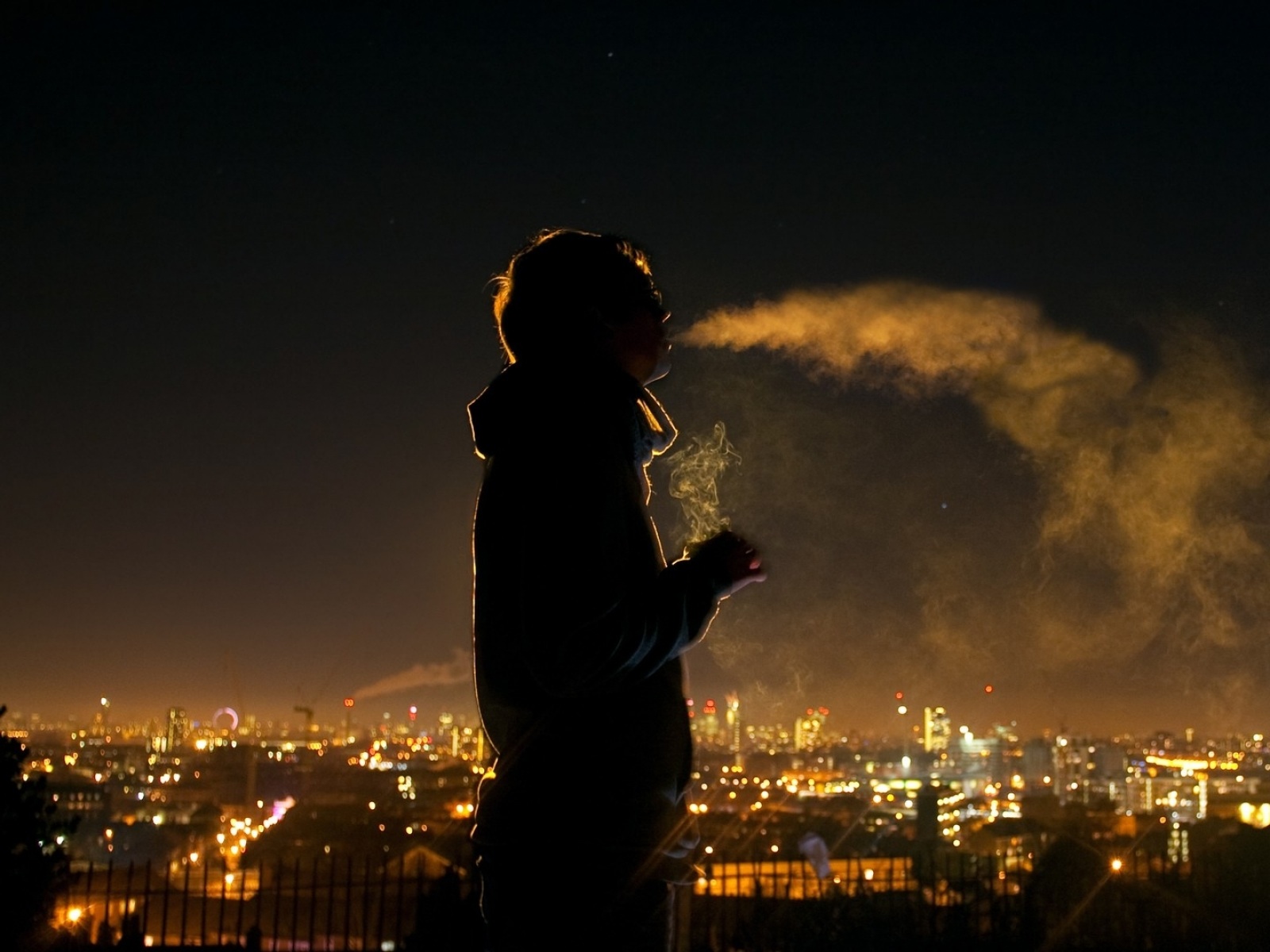 Friday. 10:05 am. Billy wakes up, sits up in bed coughing, hacking, but nothing comes up. The tar and congestion are embedded from the head cold last week. He can’t take a full breath without choking to death, it seems. He lights up a menthol. Breathing improves slightly. He showers, gets dressed and leaves for Starbucks.

10:45 am. At an intersection, the light turns green, he steps on the gas, and out of nowhere, a car was running the red light and nearly t-boned his car, barely missing him as they swerved, and Billy slammed on his brakes, avoiding a major crash. Adrenalin flows. Fight or flight chemistry reacts. Billy is a nervous wreck. He lights up a smoke to calm his nerves. Short puffs. Twelve short puffs to be exact. Breathe smoke in. Hold. Exhale. Repeat.

11:30 am: Back home. Billy eats a leftover cheeseburger and some fries. He’s still very tired, no energy. Headache coming on. He takes two aspirin.

2:00 pm: The mail comes. The power bill is $300. It’s usually only about $150. Cold weather jacked it up for the whole area. Damn monopoly businesses. This is super stressful for Billy. He lights up a smoke. Then he smokes a second one by lighting the new one with the burning butt of the old one (symptom of a true chain smoker).

3:15 pm: Job interview at car sales lot starts at 3:30 and again, Billy’s nerves are a wreck. He’s coming down from the last cigarette. The 100 milligrams of nicotine has almost completely worn off, and it’s only been about 20 minutes since the last one. He pulls up to the lot, parks the car, and lights a preparatory cigarette. This is one that is smoked just seconds before having to engage something important, like this. Billy really needs this job. He’s tired of being a cook, and it’s been 4 years now he’s wanted this change.

He’s smoking outside the dealership. Long puffs now for energy boost. Getting ready for the interview. Mental. Physical. This is Billy’s second interview, and this time with the general manager. The sales manager and the finance manager thought he’d be a good fit. But now this. This guy looks tough and kind of stern. There’s a sign on the main door – “no smoking in the showroom” – so Billy puts out the cigarette and walks in. The GM noticed he put the cigarette out on the sidewalk next to the flowers and shrubs, and then he saw him litter the filter, near the bushes. Billy hopes this won’t affect his job chance.

4:15 pm: Billy is stuck in the manager’s office, as the manager has an upset customer to deal with in the lobby. The interview has not even begun. Billy needs another cigarette, but can’t just walk out. He considers bailing on the whole interview. His hands are shaking and his headache is coming back now, with a vengeance. Finally, the manager comes in. Billy is NOT ready to talk now. He was very ready when he walked in, but not now. Not like this. This isn’t going to go well. Billy could tell. He could feel it.

5:00 pm: The interview is over. It did not go well. What are you supposed to say when someone asks you what your aspirations are? Isn’t it just to get the job you’re there to talk about? Billy smokes a cigarette on the way home to relax. Short puffs. Maybe fifteen. Smokes the thing right down to the nub.

5:30 pm: Billy reports to his job as cook at the diner. His shift will end at 9:30. He just has to cover the dinner and after-dinner rush because it’s the beginning of the weekend.

6:30 pm: Break. Billy goes out back of diner/bar and smokes with another cook and a waiter and a waitress. It’s a little smoker’s convention. Great conversation. Everybody is frazzled but making dark jokes about everything. Everyone goes back inside, but Billy. He’s trying to think. Something’s gotta “give.” 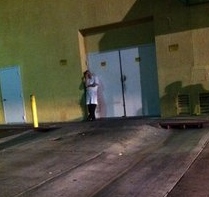 7:30: Second break. Another smoke. Billy shares some of his smokes.

8:30: Third break. Another cig. He shares again. His friends are more broke than he is.

9:30 pm: It’s too busy in the restaurant and nobody gets a break. The line manager is watching everybody like a hawk. Billy gets cranky and edgy and has an argument with his boss. The line boss tells him he has to close tonight, so now Billy is stuck there ’til about 10:30. No more cigarettes either because the boss is supervising cleanup and closing. 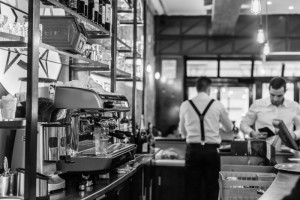 Billy’s headache is nearly intolerable. The boss then tells him he’s on bathroom duty, again (everyone was supposed to rotate, but since Billy pissed off the boss, he got it again). Billy curses under his breath, but the boss man hears him, so Billy balls up his apron and throws it at the boss’s feet and says, “I quit.” He stomps out and lights a cigarette on his way to his car.

9:45: The car won’t start. It’s a beater car he just bought with his last bit of savings, and it’s got a bum starter. Billy walks home. About 3.5 miles. It’s cold and dark, but at this point, he doesn’t care. He was just completely over the whole nightmare.

10:45 pm: He’s home. Another shower. He calls a friend to talk, but everybody went out somewhere after the local high school football championship, and Billy has no money, no car, and no energy. He watches a movie on DVD (Pulp Fiction) until 12:30, then he goes on line to look for a new job.

1:00 am: There’s a job for a manager-in-training position. Unlimited pay. They want you to invest $350 in training cd’s though. It’s a no-go. There’s another job at the mall, but it’s working a kiosk selling knock-off perfumes and colognes. Cheesy. Billy doesn’t want to be caught dead standing in the middle of the mall selling polo and drakkar noire. It’s another no-go. No way. A third job catches Billy’s eyes, it says you can make up to $75k your first year, no experience necessary, need working vehicle. For now, that one’s also dead in the water. Oh well. How else can Billy turn things around? He starts thinking about how much money he’s wasting on cigarettes, now that he’s smoking two packs a day. He Googles, “Best stop smoking program in the world.” The name “14AndOut” pops up. He’s on to something. He starts reading. He keeps reading.

2:00 am: This particular program that popped up with the Google search talks about quitting smoking without any medications. This sounds good. He heard about the medications that give you horrific nightmares, make you more depressed, and some people commit suicide. Things weren’t THAT bad. If he could quit smoking without a hitch, that would be enough money for a car payment, about $280 bucks a month. That would even cover the insurance payment, and that’s a nice car. Billy’s credit isn’t half bad. His brain starts working again. He lights his second-to-last cigarette, and steps out on the porch to look at the stars. A perfect night. No clouds. Half moon shining bright. Billy grins, and walks back in.

2:30 am: Billy watches a preview to a one-hour video lesson that teaches you what your body is dealing with, some pretty cool behavior strategies or “modifications” you can make to fit your lifestyle, and then it talks about foods that make you feel better than the nicotine in a cigarette. Natural foods Billy has never even heard of before. Maca. Mucuna. Goji berries. Medicinal mushrooms. This is what he’s been waiting for, and for so long. How could a day that was so disastrous turn into something so positive. Maybe Billy got lucky. After all, tomorrow would be the first day of the rest of his life as a non-smoker.

2:37 am: Billy lights up his last cigarette, ever, and buys the stop smoking video. Then he takes a picture of a new car that sparked his interest the other day. He says out loud to himself, “Today is gonna be a good day.”