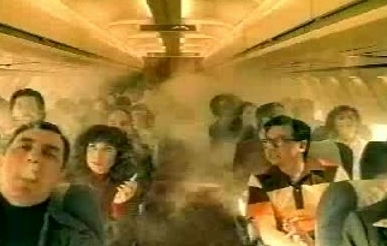 Use of e-cigs (electronic cigarettes) is now banned on commercial planes according to the new rule set in place by the Department of Transportation. This applies to all domestic and international flights, and includes all e-cigs, including pipes and devices that look like pens, boxes, tubes, etc. Not included in the ban are nebulizers people use for asthma or cystic fibrosis. Vaporizers sometimes look like pens, so this could get confusing quickly, but don’t worry, TSA will be sure to feel you up and check all of your orifices, your underwear, your bra–you know the drill. Your vape machine may look like a smart phone with some tubes attached and confuse the TSA also. Watch out. 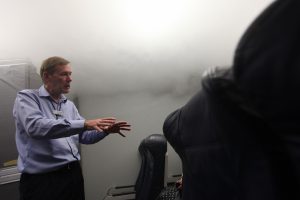 What’s the problem? First of all, vape usually contains nicotine, so anywhere it’s exhaled, yes, it still contains the nicotine, and people have to breathe that. Second, it could cloud up the whole cabin, maybe even get into the cockpit. Nobody wants that. Third, it could be a distraction for some terrorist or nutcase so you can’t see what’s going on. Fourth, it could blow up, from the overcharged lithium battery, or the wrong battery, like that guy in Florida who lost some teeth and half his tongue that way. No more vaping on planes. Awe shucks! No mist. No vapor. No aerosol. Maybe it’s time to quit nicotine all together, huh? How could somebody quit the third most addictive drug in the world, though?

Escape the nicotine prison, go from e-cigs to no-cigs!

It’s tough to criticize electronic cigarettes (e-cigs) because those who use them brag that they have eliminated most of the toxic chemicals found in commercial cigarettes, and that they’re saving money and have cut back on how often they smoke. Plus, about one out of every three e-cig “fan” will tell you they quit smoking entirely thanks to e-cigs, and that’s great, but what happened to the other 66%, and are things getting better or worse for them?

It is true that e-cigs have a better success rate for helping smokers quit than the nicotine patch, the gum, the medications (Chantix and Zyban), and hypnotherapy – all combined (American Journal of Preventive Medicine), but the ultimate irony is that e-cigs were never meant to be marketed as a quit smoking aid, according to the inventor, the Ruyan Group from Hong Kong. It just goes to show how brutally toxic the 4,000-chemical-concoction in commercial cigs has become that Big Tobacco has engineered over the past 50 years, and how happy smokers are to have some form of escape from the poisonous prison better known as “cancer sticks.”

People just want a way out, and e-cigs shine a little bit of light at the end of that tunnel. E-cigs are tough for the FDA to regulate, mainly because they sink into a loophole, since they are not actually tobacco products, but simply nicotine delivery devices. But nicotine is a drug, insidiously powerful and capable of causing a lethal overdose (especially for kids and teens), unlike marijuana, so where’s the logic? The benefits and “safety” of e-cigs are quite misleading. There are 20 varieties of e-cigs that contain nitrosamines, the same carcinogen found in real cigarettes, and most e-juice (nicotine juice) cartridges contain diethylene glycol, the highly toxic poison found in antifreeze, which causes leukemia.

Many e-cigs which claim to have no nicotine will contain some, and many of the levels of nicotine disclosed on the packages are completely wrong, so it’s kind of a guessing game as to how much “drug” you’re getting and which manufacturers actually know what they’re doing when they “load them up.” Right now in America, e-cig devices are available in over 3,000 retail outlets, and all over the internet. They cost anywhere between $45 and $75, and sales have skyrocketed in the past year, exceeding $100 million. 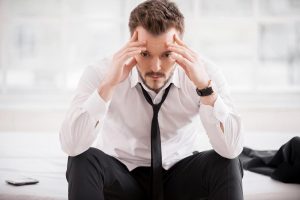 The e-cig hangover and the CURE!

What most smokers don’t realize is that nicotine creates its own vicious cycle of need and feed. Nicotine is a depressant in the long term, but serves as a short term stimulant, so it actually relieves the smoker of the very feeling it created, which has quickly worn off from the last smoking session. In other words, a few nicotine drags are like taking aspirin for an alcohol hangover, except most smokers engage in this “hangover relief system” about every hour. It’s a hook and an evil drug from which the body wants to escape. Go from e-cigs to no-cigs as soon as possible and you’re body will reward you with natural energy and true happiness. Click here to learn HOW.
Sources:

Have confidence without cigarettes!

Check out the smoker’s workout! Get a great laugh (at yourself)

Subscribe for free and get the stopsmoking.news updates at least 4 times a week!

Western preventable disease epidemics – you should actively PREVENT them