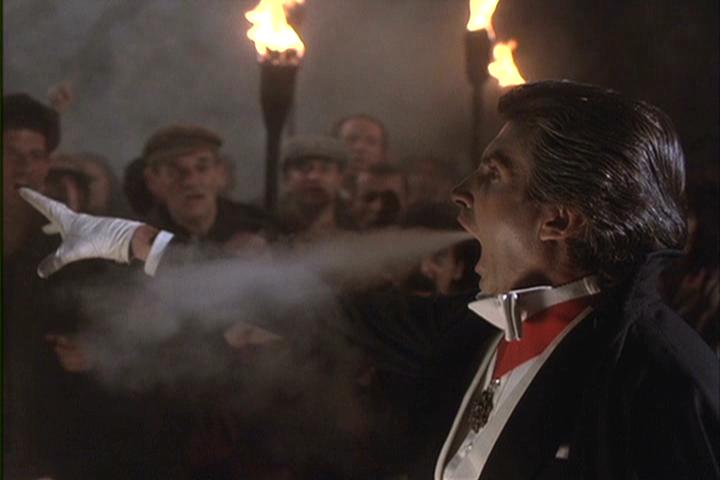 Way back in 1865, a man named Washington Duke, who lived on a 300-acre farm in Raleigh, North Carolina, hand-rolled cigarettes and sold them to Civil War soldiers near the close of the war. Sixteen years later, in 1881, long after the war had ended, a man named James Bonsack then invented the cigarette-making machine, and, like a bonfire out of control, smokers and the awful habit in the United States of America became widespread. For nearly a century, cigarettes processed with deadly chemicals have been spread using propaganda and medical doctors–coercing smokers to choose a shortened “mortality” by engaging the cancer-creating leisure habit that sucks the life out of humans, methodically and insidiously. Cigarettes have been marketed as something that’s “good for digestion” and “recommended by doctors.” The cigarette-selling villains have even marketed cigarettes to children and teens on purpose. The real “beast” is called Big Tobacco.

The plot thickens as this “disease of addiction” has spread in the year 2016 to 46,000,000 American mortals, half male and the other half female. The addiction does not discriminate either, as it will consume (the health of) humans of any age, any race, any creed, any political or “social standing”–basically anyone willing to draw hourly or bi-hourly from the poison well for their nicotine fix.

There are a thousand or more stories of how each person first turned into a vampire (smoker). Some were plantation slaves. Some were slave owners. Some were actors on the silver screen. Some were the Marlboro man. Some were the doctors who said they are safe. Some are patients directly told by their physician to smoke his favorite flavor. That was in the 1930s, after the scientists figured out using microscopes that cigarettes caused lung cancer. The doctors kept telling people for thirty years cigarettes were safe. The vampires kept smoking. Their children smoked too, and their children’s children, who are walking like zombies into cancer clinics (chemo nightmares) as we speak today.

No, this is not a transcribed clip from a movie called “Interview with a Vampire” starring Tom Cruz, Brad Pitt and Kirsten Dunst. This is not an Anne Rice novel or a comic book. This is most certainly not twilight or any spinoff of anything like it. And no, this is not an endorsement of e-cigs, or nicotine, or any drug or medication or scam. This is stopsmoking.news simply conducting an interview with a vapor-er (someone who vapes).

Question: Why would a vampire choose e-cigs or “vaping” over cigarettes?

“No vampire wants his suit jacket to smell like cigarettes or, worse, have cigarettes on our breath, when we’re up close with our new friends and “companions.”

Question: Sir Vapor-er, please tell us any benefits of vaping that you appreciate, most of all …

“I can vape indoors and there’s no FOUL smell, like those nasty, insidious, and venomous cigarettes!”

Question: Were you once a smoker?

“Let’s just say … we learn from failure, not from success.”

Question: Interesting, maybe that’s why you are an “eternal” being enjoying longevity. So are there any other reasons why you quit that ancient habit and took up vaping instead?

“Vaping is like a hobby, a social thing, it helps me meet new people, and it comes in different forms–which makes for excellent conversation – mine is a conversation piece because it looks like a writing pen. When I ‘ask for her number’ – I hand the “pen” to her to write it down – after I inhale from it and blow out some red vape. If she takes a “drag” then I smile and show her my clean teeth.”

Question: Tell us about your favorite choices when it comes to electronic cigarettes, what are the coolest, most hip?

“As I said, I love my pen. Some mortals carry creative little boxes and tubes too, which I have considered.”

Question: Do your vapors contain nicotine, the world’s third most addictive drug?

“No. I don’t like the emotional roller coaster I get from that stuff. I must remain stable, with a balanced central nervous system, to do what I do, for work and pleasure!”

Question: Do you know why so many humans are addicted to cigarettes?

“In the American machine-and-lab-made cancer stick, the humans you speak of are sucking back on bug-killer and weed-killer and nicotine at 100 milligrams ‘per serving.” That makes for very concentrated blood full of chemicals, toxic to the human, and to the vamps who ‘get with them’ (he means second hand smokers). Most e-cigs are very low in nicotine, if they have it at all, and varies between an average of 3 to 6 milligrams. In fact, anything more than that in the vapor burns the chest and the throat “hit” hurts. That’s why cigarettes are just bad news across the board, for all creatures. It’s never good for the blood to ingest chemical pesticides, herbicides and insecticides. It’s just not natural.”

Question: Even though you say you are an eternal being, are you worried about the chemicals the mass media say to be worried about in e-cigs?

“The mass media you speak of are the very ones who make cigarettes. Of course they would say that about vaping, they don’t want people to ‘quit their business’ now do they?! (added emphasis here). Plus, personally, I do not vape enough to stress about it, and most vapor-ers, as you call us, don’t vape as often as they would smoke cigarettes anyway, so there you have it. A little vegetable alcohol and some flavoring isn’t changing my DNA.”

Question: Who or where from – should we be buying our e-cig “vape machines” and e-juice? Who is reliable, since there are literally thousands of places, especially on line?

“I like walk-in businesses. I’m a ‘people’ person and I enjoy holding the ‘merchandise’ in my hand before I engage and purchase anything. Yes, walk-ins are much better! Look for a local shop near your American village.”

Last Question: We want to thank you for your valuable time and advice, in fact, today sir Vapor-er … your wisdom, itself, is eternal. So here’s our last question … There are 45 million smokers in the US today. What would you like to say to them, in closing?

“Once again…welcome to my house. Come freely. Go safely … and BE SURE to leave something of the happiness you bring.” 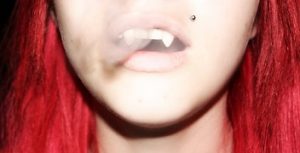 The World’s Most Effective Quit Method

No meds, no side effects, no crazy withdrawals!

“The Dark Side of Smoking”…

Now ask yourself, how great would your life be WITHOUT cigarettes?

I escaped the killer habit! (a blog)