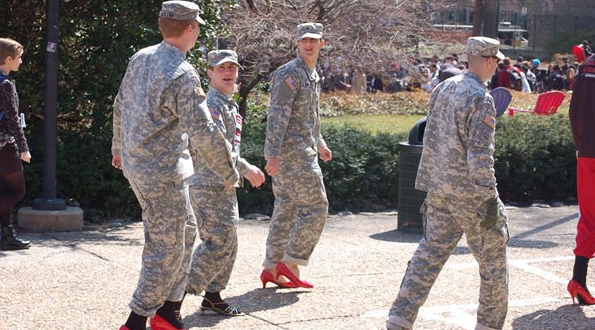 The US Military has crossed the Rubicon and is spiraling into a whirlpool of doom and disaster on the land, on the seas and in the air.

Mission accomplished Cultural Marxists and Feminists. With the help of our Socialist Commander in Chief you’ve succeeded in achieving your goals of destroying our beloved and glorious military beyond your wildest dreams.

What started with ideas spouted by crazies like Gloria Steinem in the 70’s, Patricia Schroeder in the 80’s and Claudia Kennedy in the 90’s, the feminist destruction derby of the last great male, macho culture in American society is on virtual steroids in 2016.

Our enemies know we are weak and getting weaker. There is not a day that goes by where the United States is not being threatened by China, Iran, Russia, ISIS or North Korea.

Our enemies know that our military is suffering from readiness issues, low morale and desperately lacking that indefinable, but essential quality known as fighting spirit.

US Defense Watch has reported on a myriad of events and policies that are sapping the lifeblood out of the military’s warrior culture; such things as breastfeeding and lactation directives for field exercises, men wearing pregnancy simulators during PT (physical training), male ROTC cadets forced to wear red high heels, sensitivity training in combat zones, transgenders in the ranks, Mommy Rangers, an openly gay Secretary of the Army, white privilege training and classes that teach the Bible and the Declaration of Independence are sexist documents.

Only last week, Fox News reported that Air Force personnel at Travis Air Base played the child’s game, Hungry Hippos in order to foster better teamwork. Apparently, baseball and dodge ball are out. Someone might get hurt after all. Heaven forbid! Dodge ball fosters aggressiveness.

Imagine the 8th Air Force pilots in England during WWII playing Hungry Hippos while waiting for another bombing run over Germany. Draw a mental picture of Gregory Peck in TwelveO’Clock High rolling around on his stomach with a basket of colored balls.

What’ next for our young boys and girls in the military, playing Chutes and Ladders, or Duck, Duck Goose?

The US Military has been a ripe target for feminist and liberal destruction. It is, pardon me; was; the last bastion of the male macho culture, the culture that has won our nation’s wars for 240 years. With its male rite of passage toughness, code of duty, honor and country and ranks of booze hounds and skirt chasers, it was hated by radical feminists for decades.

Feminists have managed to completely turn American society on its rear end, creating the chaotic society that the nation is drowning in today. The workplace, the arts, the churches and the schools have been feminized to the point of no return. The average male character on network TV is a weak twerp who hardly can spell his name. A Vic Morrow, Sergeant Saunders character from the old show Combat would last about one week on network TV in 2016.

As a former middle and high school teacher, I’ve witnessed the feminist destruction of the nation’s schools. In fact, the K-12 education world has been taken over by feminists and women, with the result that most men don’t want anything to do with it anymore, including yours truly.

While these policies and social changes are harmful to American society, they are the death knell for the US military. 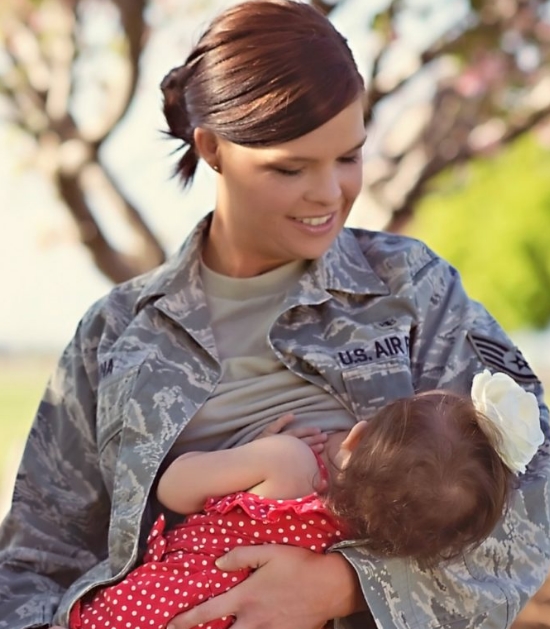 The military exists to win wars; nothing more, nothing less. The US military’s warrior culture is as fragile as a Faberge Egg and its being shattered into a million pieces.

The US military is dying by a death of a thousand feminized cuts. From lactating female soldiers in the field to women pushing around baby strollers, while donning 101stAirborne/Air Assault combat patches, to an openly gay Secretary of the Army; it all creates an atmosphere of a corporation, rather than a military organization.

America has let this happen. Americans voted for Obama and his pack of Marxists, twice. Americans have a limited knowledge of the military, as most don’t serve. Americans have become a nation of egg shell walking, PC, Capri wearing men in Whole Foods Ho Chi Minh sandals.

We have reaped what we have sown.

Women have always played a vital role in America’s armed forces, no doubt about it. But, they were part of a male culture that worshipped the tough guy, the warrior.

Why would any guy want to join the Navy SEALs or the Green Berets or the US Marines when they know the standards are going to be lowered to accommodate women?

Why would any guy want to be part of a combat arms or special ops unit that will be deliberately made weaker and subsequently endanger the lives of everyone in the unit?

Why would any guy want to be part of a combat arms or special ops unit that will have as much martial spirit as the HR department at Snapple?

Feminists and lefties are forcing the military to become a combination of a Malibu Day Care Center, the Richard Simmons Show and The Birdcage.

The handwriting’s on the wall…

The military will eventually lose men like the education world. Eventually, men don’t want to be around a feminized environment.

What is the future of the US military unless something is done to reverse all of this; a mass grave at Arlington National Cemetery with the Chinese, Russian or ISIS flag flying over it. That is the future.