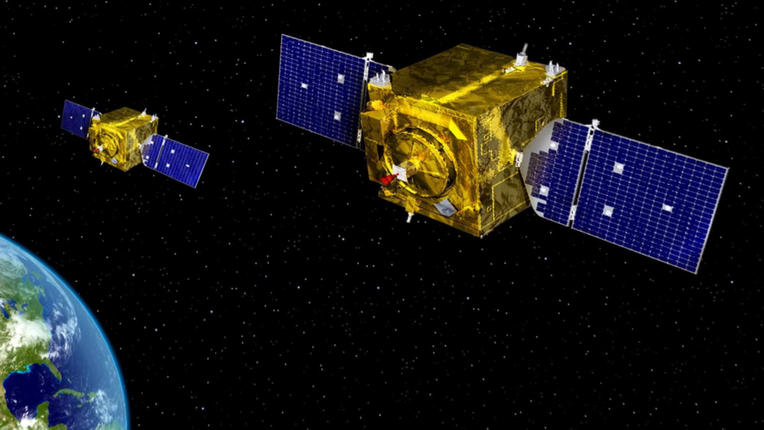 According to CBS news, the U.S. Space Command in Colorado Springs is tracking 23,000 objects floating in outer space and “roughly 1300 of these are active satellites.”  Thirty-one of these satellites are solely dedicated to the global positioning system (GPS), revolving 12,000 miles above the earth. Drones, smart bombs, bank ATMs, portions of the U.S. power grid, cell towers and every single GPS equipped cell phone in the world are dependent upon these thirty-one satellites, including GPS technology utilized by all global U.S. military operations. What about those remaining 21,700 revolving outer space objects? They’re mostly hunks of metal, rocks, dead satellites and space debris left over from decades of space exploration. This junk is what China wants to clean up, according to The Daily Mail.  That’s why China launched the “Aolong-1 . . .  fitted with a robotic arm . . . [to] attempt to track and collect unwanted trash in space.”   But the U.S. Space Command doesn’t think China’s motives are altruistic.

The Commander of U.S. Space Command is General John Hyten. In his 2016 Strategic Intent document, he wrote “every US military operation across the planet . . . depends upon integrated space and cyberspace . . .”  The phrase “full spectrum dominance” has been replaced with “Global Vigilance, Global Reach and Global Power.”  But it means the same thing – control the world. Since Russia and China have not bowed to the World Bank, IMF or WTO, they are being surrounded by new NATO agreements and missile defense systems.  The U.S. pivot to control China, according to Global Research,  has created a “U.S. military expansion underway in Hawaii, South Korea, Japan, Guam, Okinawa, Taiwan, Australia, Philippines and other Pacific nations. . .”

U.S. military satellites, a little higher up, can see everything on earth. Maybe China doesn’t like the view.

China launched a satellite in 2007 that destroyed one of its own defunct weather satellites. In between then and this most recent launch, the U.S. Space Command was featured on CBS “60 Minutes.” They raised the alarm about the dangers about China’s space warfare ability on higher, more strategic military satellites floating in geo-synchronous orbits 22,000 feet above the earth. These birds are considered “the [military’s] most valuable missile warning sensors and top-secret communications devices that serve as its eyes and ears in time of war.”

For years, the U.S. military believed their satellites were impervious to attack. But not now.  The concern is about anti-satellite missiles (ASAT.) The U.S, Russia and China are all honing this ability. A strike on GPS satellites or an “eyes and ears” bird at 22,000 feet could wipe out all domestic communications and/or the U.S. military capability in seconds.

For perspective, the International Space Station revolves 200 miles above the horizon. How many miles high will asteroid mining take place at?

Complicating space matters even more, in November of 2015, President Obama signed the U.S. Commercial Space Launch Competitiveness Act (H.R. 2262). As reported by Planetary Resources, this means that U.S. citizens now have the right to go into space and own resources mined from moons, planets and asteroids. Bruce Gagnon, founder and coordinator of the Global Network Against Weapons and Nuclear Power in Space, claims this law runs in direct opposition to the United Nation’s Moon and Outer Space Treaties, which states “all celestial bodies are the province of humankind and cannot be owned by any nation, company or individual.” Sooner or later, just who owns what will be sorted out. Let’s grow some good food while we wait.