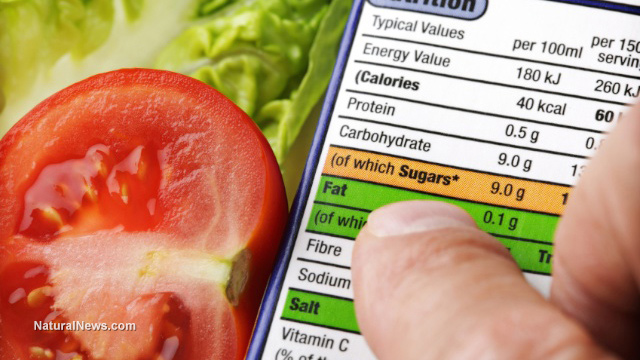 Did you know that many ingredients commonly used in our foods here in the United States are actually banned in other countries? In fact, Natural News reports that upwards of 80 percent of the food available here contains blacklisted components.

Olestra, for example, has been banned in the United Kingdom and in Canada. Olestra is commonly used in reduced-fat or fat-free foodstuffs, and is known to cause gastrointestinal distress.

Another banned food additive is brominated vegetable oil (BVO). It can be found in a variety of soft drinks and other beverages. BVO is one of many organobromines – substances commonly used in flame retardants. There are many concerns over BVO’s potential to build up in fatty tissue, given the tendency of organobromines to accumulate and affect development in other creatures, including birds.  In 2012,  German researchers revealed that several American soft drinks contained BVO in amounts of around eight parts per million. The researchers calculated that consumers were taking in thousands of times more BVO from soft drinks than other sources, even more than from flame retardants that leak into the environment. BVO has been banned in more than 100 countries.

Dairy products that are laced with rBGH, or recombinant bovine growth hormone, are also blacklisted in many other countries. Because of its ability to increase milk production, rBGH is one of the top-selling dairy animal drugs in the United States. It has been banned in Australia, the EU, New Zealand, Canada and Israel due to its potential to harm humans. Some of the health risks include breast cancer, colorectal cancers and prostate cancer. The use of rBGH can also harm cattle, and is linked to at least 16 adverse health conditions, including mastitis.

Ractopamine is an ingredient you may or may not have heard about before, but it is used to reduce the overall fat content of meat, and can be found in 45 percent of pigs and 30 percent of ration-fed cattle in the U.S. An unknown percentage of turkeys are also injected with ractopamine. Eat Local Grown reports that around 20 percent of the ractopamine injected into these animals will still be present in the meat you buy at the supermarket. Since 1998, over 1,700 people have been poisoned from eating pigs that were fed the drug. Ractopamine is banned in more than 160 countries, but in the U.S. meat is not even tested for its presence. Russia has gone so far as to ban the importation of meat from the U.S. until our nation agrees to certify that our meat does not contain this toxic drug.

There are many other toxic ingredients that can be found in everyday foods, especially prepackaged and processed foods. Your best bet for obtaining good health and optimal nutrition is to buy organic produce, locally-raised, grass-fed meats and wild-caught fish.