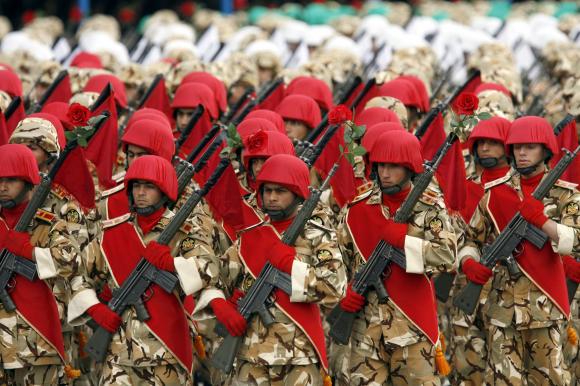 (NationalSecurity.news) A top officer with Iran’s elite Revolutionary Guards Corps has told state media that the organization is attempting to infiltrate some of its members into the U.S. and Europe, presumably to organize and carry out attacks either as acts of terrorism or in the event that Washington and Tehran get into a real shooting war in the future.

As reported by the Washington Free Beacon:

The Iranian Revolutionary Guards Corps, the country’s elite military force, is sending assets to infiltrate the United States and Europe at the direction of Iran’s Supreme Leader Ali Khamenei, according to recent Farsi-language comments from an Iranian military leader.

The IRGC “will be in the U.S. and Europe very soon,” according to the Iranian military commander, who said that these forces would operate with the goal of bolstering Iran’s hardline regime and thwarting potential plots against the Islamic Republic.

“The whole world should know that the IRGC will be in the U.S. and Europe very soon,” Salar Abnoush, deputy coordinator of Iran’s Khatam-al-Anbia Garrison, an IRGC command front, was quoted as saying in an Iranian state-controlled publication closely tied to the IRGC.

Iranian military and government officials often make such statements to state-controlled media as a means of propagandizing the Iranian population, so it’s not certain whether this is merely a PSYOP for domestic consumption or whether it is an actual military strategy being implemented by the IRGC. Time will tell, perhaps.

But it’s important to note that infiltration of the U.S. has never been easier under the Obama administration due to poor enforcement of border and immigration laws, which has created conditions for a flood of migrants to rush into the country.