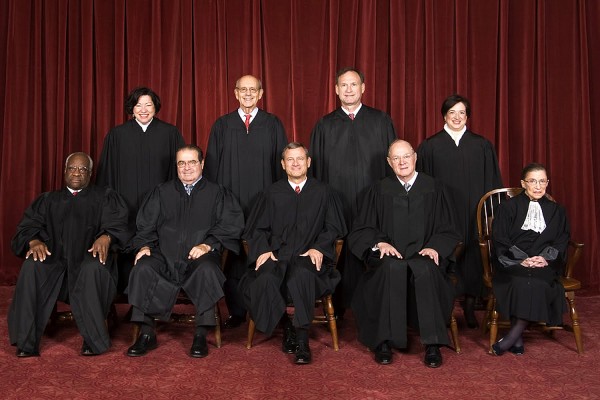 There are a number of reasons to be happy about Donald Trump’s upset victory over Hillary Clinton to become president-elect of the United States. From finally shutting up the authoritarian leftist crybabies to saving the planet from four more years of establishment rule, there are lots of ways to make the potential of a President Trump work in your favor.

One of the great victories for conversatives in America is the fact that they now control Congress, the presidency and are about to hold the majority in the Supreme Court after Donald Trump elects a judge with traditional American values. For those who are in support of a small government, this is excellent news.

David G. Savage of The Los Angeles Times reports, “The future of the Supreme Court’s ideological balance proved to be a critical factor for many Republican voters. In exit polls, about 1 in 5 voters said the Supreme Court appointments were ‘the most important factor’ in their decision, and those voters favored Trump by a 57% to 40% margin, according to ABC News.”

For the past eight years, the federal government has been expanding at a frightening speed. Creating new laws, passing overreaching regulations and trying to control the decisions of the American people, the powers that be have completely lost sight of what the average citizen wants. They have lost touch with our desires and needs and they just paid the ultimate price.

Their lack of interest in the working class in our country is what led to Donald Trump being elected in the first place. After a near decade of feeling like they weren’t being noticed, Middle America finally had the opportunity to vote for a candidate that acknowledged their existence. Now they’re hopeful that Donald Trump will work to fix many of the nation’s problems that have been ignored by the Obama administration over the course of the last eight years.

Only time will tell if it works out for us in the long run, but there is a lot of hope that it will. We need a Supreme Court that listens to the people and doesn’t just make rash decisions that benefit their own interests. Hopefully the conservative majority will help out the average American citizen and not the global elite that have been pulling the strings.

We should all be hopeful but we should also demand that our federal government do their part in order to help us all succeed. After surviving so much chaos, we all deserve it.