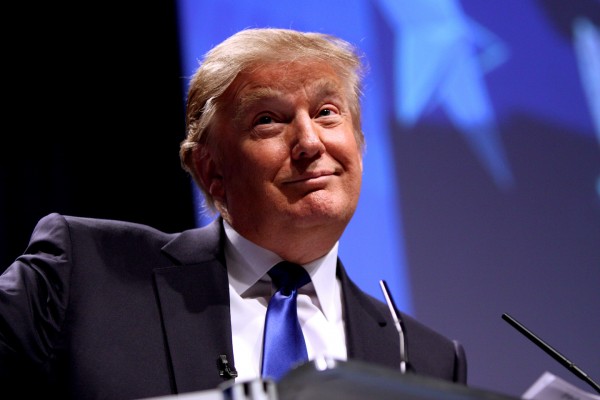 President Barack Obama’s second term was a joke. It seemed as though he had retired from leading the country and instead of focusing on actual issues, spent his days appearing on talk shows and taking vacations to play golf. What little impact he actually had during those four years was negative and it appeared as though he was a man who was simply collecting a paycheck to sit around and relax.

Though Obama has likely been the worst in history in this regard, there isn’t much stopping all of our future presidents from following in his footsteps and doing the exact same thing. Luckily for us, Donald Trump has made it clear that he will not be doing the same. In fact, Trump has announced that he will not accept the $400,000 yearly salary when he takes office as president of the United States.

In an interview with Lesley Stahl on 60 Minutes, Trump bluntly stated in regards to the salary, “I’m not taking it.” He also mentioned that he wouldn’t be taking the same amount of time off as Obama, stating, “There’s so much work to be done and I want to get it done for the people … I want to get it done. We’re lowering taxes, we’re taking care of health care.”

If there was ever any doubt that Donald Trump ran for the presidency for the wrong reasons, this should clear that up completely. He isn’t there for a paycheck — he is there because he wants to help fix many of the problems that have been plaguing America for years now. You can argue with his policies, but it is hard to deny that he is taking the right steps in order to ensure the that our country is headed back in the right direction after the disastrous Obama presidency.

We need leaders who are willing to sacrifice luxuries in their personal lives in order to improve our country. While there’s no doubt that Trump won’t continue to be extremely rich due to his business endeavors, refusing the salary is at least a nice gesture in regards to making a serious change.

Trump also stated in the interview with Stahl, “This is big league stuff. This is our country. Our country is going bad. We’re going to save our country.” Here’s hoping he isn’t wrong. There is still work to be done, but there is some hope for us yet…