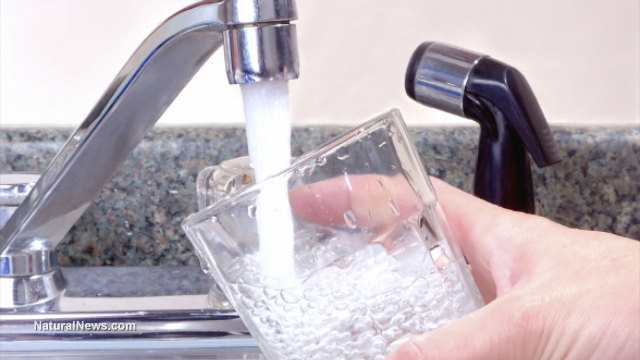 An assistant professor of geography from Michigan State University (MSU) has crunched the numbers and determined that, based on current demographic, socioeconomic, and other factors, more than one third of all Americans will soon be unable to pay for water out of their own taps.

Elizabeth Mack, publishing her work in the open-access journal PLOS ONE, analyzed water consumption rates throughout the country and compared people’s usage to how much they pay for water, as well as how up-to-date they are on paying their water bills. She found that not only is water more than 40 percent more expensive today than it was in 2010, on average, but millions of Americans are behind on paying their water bills because they simply can’t afford the high costs.

Utilizing data from the Environmental Protection Agency’s (EPA) affordability criteria for water and wastewater services, Mack identified millions of American households that she says are high-risk or at-risk for water poverty or unaffordable water services. Tens of millions of people in this category are clustered in what she describes as “pockets of water poverty within counties.”

While just under 12 percent of U.S. households find themselves in water troubles at the current time, this number could balloon to nearly 36 percent over the next 30 years if existing trends remain constant. This means that one out of every three U.S. Households will be unable to afford clean water by the year 2050.

“Over the next few decades, water prices are anticipated to increase to four times current levels,” the report explains.

Where much of the problem lies is in poorer areas and “rust belt” cities that face extreme poverty and dwindling populations. Cities like Detroit and Philadelphia are mentioned as some of the more extreme examples.

Water costs are also contingent upon the number of people that live in any given city, as resources are pooled to maintain water infrastructure and keep costs affordable. Because cities like Detroit and Philadelphia continue to see large reductions in their overall populations, costs are soaring with no end in sight.

Other more thriving cities like Atlanta and Seattle are having water problems as well. According to the report, the average household water bill in both cities is more than $300 per month, based on a family of four.

It’s the type of thing one might expect to see in a Third World country, and yet it’s happening right here in the U.S.A. Soon, it may be common to see water-borne disease like cholera and typhoid make a comeback due to a lack of clean water and sanitation; that is unless something can be done to fix the problem.

“As a variety of pressures on urban water systems from climate change, suburbanization, shrinking populations in deindustrialized cities, and rising costs of infrastructure grow, a range of actors (governments, utilities, and consumers) will need to work together to solve a growing affordability problem,” the report adds.

“The goal of this study was to bring a geographic perspective to this topic in a United States context, which remains a comparatively understudied country in international work on water affordability issues. The hope of this piece is that enhanced awareness of this issue in the developed world will highlight the severity of this issue, which is not isolated to people in the developing world.”