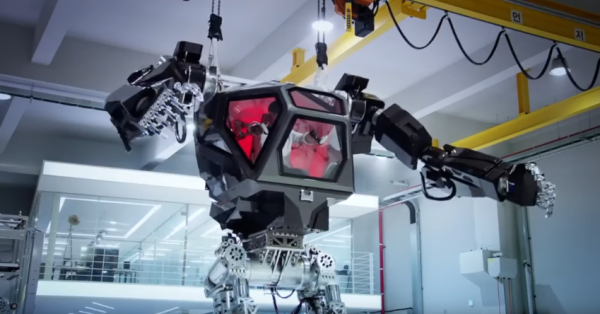 According to a study by the British think tank, Reform, robots could potentially replace 90 percent of federal workers, a transition that would save the government an estimated $8 billion per year.

The study indicates that robots would be much more efficient than humans when it comes to data collection, processing paperwork and other routine tasks. Even professions that require more skill and precision, such as jobs in the medical field, could benefit from robotic assistants doing odds and ends around the workplace. (RELATED: Learn about new technology from Amazon that could take over 3 million human jobs).

Reform found that there are actually very few jobs in civil service that absolutely require a human being as opposed to a robot. “Twenty percent of public-sector workers hold ‘strategic,’ cognitive roles,” Reform said in their press release on the study. “They will use data analytics to identify patterns—improving decision-making and allocating workers most efficiently.”

A similar study out of Oxford University drew the same conclusions as Reform. They found that more than 850,000 public sector jobs could be taken over by robots sometime within the next 10 years. Reform suggests that federal workers consider taking advantage of job opportunities that at least right now are exclusively for humans, like driving for Uber. (RELATED: Read about another study that says robots will replace 5 million human jobs by 2020).

In America, robots are already replacing thousands of jobs that for decades were exclusively handled by human beings. In Silicon Valley, California, shopping malls are beginning to replace security guards with robots capable of detecting suspicious behavior and even listening for potential criminal activity.

Journalists aren’t safe from this robot takeover either. The U.S. tech company, Narrative Science, has created software called Quill, which has the ability to collect and analyze raw data and transform it into complete, coherent reports and essays. Both Forbes and the Associated Press have used Quill for corporate earning reports and for financial and sports reports, respectively.

Recently, the UCSF Medical Center developed and launched a robotics-controlled pharmacy at two UCSF hospitals. Computers at the pharmacies receive specific information on medication orders, and automated robots pick and package specific quantities of pills for the consumer. The pills are placed into a plastic ring that contains all of the necessary medications for the patient to cover a 12-hour period. So far, the robots have prepared and delivered 350,000 doses of medication without any errors.

But perhaps the most impressive examples of robot technology in the workplace are found in the fast food industry, where burgers are being flipped and drinks are being poured all with minimal human assistance, or none at all. Five years ago in San Francisco, a robotics company called Momentum Machines demonstrated how one of their machines was capable of producing 400 hamburgers in just one hour. From the slicing of the onion to the frying of the beef patty, the robot was able to assemble the entire burger all on its own.

Now, Momentum Machines has applied for a permit to construct its own restaurant in the heart of San Francisco, which is expected to utilize the same incredible technology that the company debuted in 2012. According to an ad posted by Momentum Machines on Craigslist, “This location will feature the world-premiere of our proprietary and remarkable new advances in technology that enable the automatic creation of impossibly delicious burgers at prices everyone can afford.”

The world is not the same place that it was 50, 25 or even 10 years ago. Whether in Britain or the United States, technology is rapidly advancing and being introduced into the workforce as a means of cutting costs and increasing efficiency. Humans will have to learn how to live with these new robotic companions, for better or for worse.