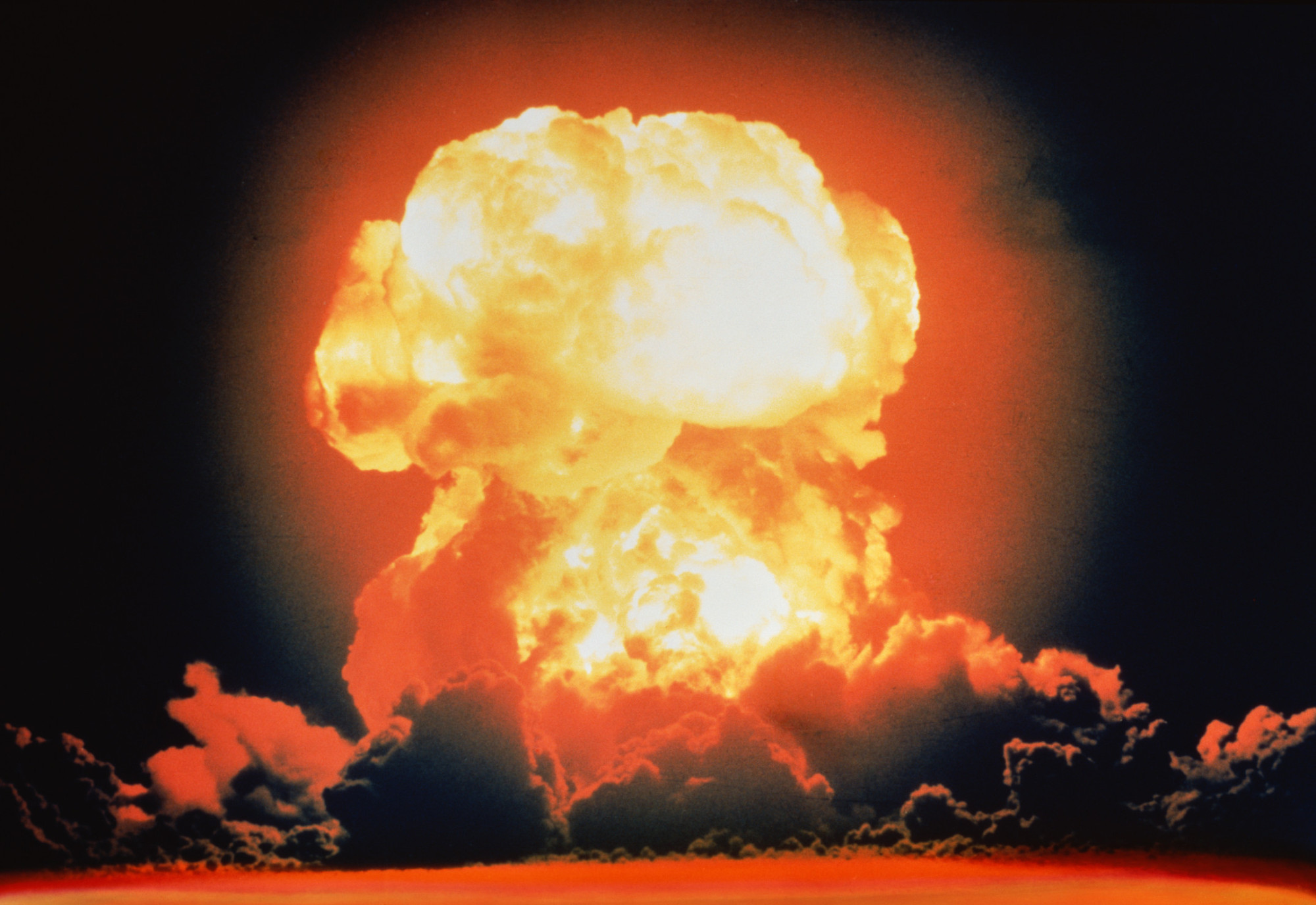 For many people, nuclear weapons are something they wish we could un-invent because of the terrible carnage they could wreak on the planet. For others, they are seen as the great equalizer and responsible for preventing a Third- and even Fourth World War because of the principle of MAD – Mutually Assured Destruction.

Whatever your thoughts on the matter, nuclear weapons are not going away anytime soon. And in fact, we were all reminded again recently of the danger they pose when in the hands of a madman who seems willing to use them.

Kim Jong Un, the young and brash leader of reclusive North Korea, would most definitely retaliate against an attack on his country by the United States with one of the eight or so nuclear bombs he is believed to have, according to a former North Korean diplomat who defected to the West recently. (RELATED: Trump To China: Deal With North Korea Or The U.S. Will)

The threat brings to mind the damage and loss of life that would result from a nuclear missile strike, which would no doubt be substantial, depending on where the weapon detonated.

But there is some good news here, if you can believe that: There are ways to improve your chances of surviving a nuclear blast even if you’re relatively close to it.

As noted by The Organic Prepper, the fallout from a nuclear blast is different than an electromagnetic pulse strike, the latter of which would fry electrical circuits for hundreds of miles or more and essentially send a large part of the country back to the 18th century.

That said, while many believe that a nuclear strike of a reasonable size would kill everyone within hundreds of miles, that’s just not the case. If you don’t happen to be in the immediate blast radius, “a nuclear strike is absolutely survivable,” the site noted.

If you happen to be within 10 to 20 miles of the detonation, you’re going to be faced very shortly with winds up to 600 miles per hour. That’s enough force to destroy buildings and essentially put forth a wall of debris that will also be hard to survive.

If you do, you will have somewhere between 10 and 15 minutes to get out of the area before you’re hit with very lethal doses of radiation from the radioactive fallout of the weapon. If you have any advantage at all, it will be that people around you may be dazed and confused and wondering what happened, giving you time to get a head start on your next move.

The highways are probably not going to be an option for you, either due to damage or because they may already be jammed. That means you’re going to have to find some shelter, and quickly.

What should you look for?

As noted by The Organic Prepper, during a recent TED Talk discussion on surviving a nuclear blast, Prof. Irwin Redlener, M.D., a pediatrician and disaster preparedness specialist at the Columbia University Mailman School of Public Health, said that in the 10-to-15 minutes following a nuclear blast, “all you have to do is go about a mile away” from it.

“Within 20 minutes, it comes straight down. Within 24 hours, lethal radiation is going out with prevailing winds,” he noted, adding that the first thing you should do is feel for which direction the wind is blowing and run perpendicular to it (90 degrees), not up- or downwind.

But if you can’t get out:

…We want you to go into a shelter and stay there. Now, in a shelter in an urban area means you have to be either in a basement as deep as possible, or you have to be on a floor – a high floor – if it’s a ground-burst explosion, which it would be, higher than the ninth floor.

If you can shelter at the appropriate level or, better yet, get out of the area quickly, “you actually can survive a nuclear blast,” he said. (RELATED: North Korea ready to nuke America … “world should be ready” warns high-level defector who confirms nuke launch plans with NBC News)

If you choose the shelter option, he said you should plan to be there for a minimum of nine days – not something most people will be able to do on the fly.

Other things you can do to protect yourself at home include:

— Keep a supply of duct tape and plastic tarps, to seal windows and doors;

— Make sure you have enough emergency food and water for all family members;

— Have sanitation procedures for any pets, as you won’t be able to let them go outside;

— Be prepared for a power outage;

— Set up a separate “clean room” for anyone who comes in from outdoors, so they can strip off clothing and decontaminate (before showering).