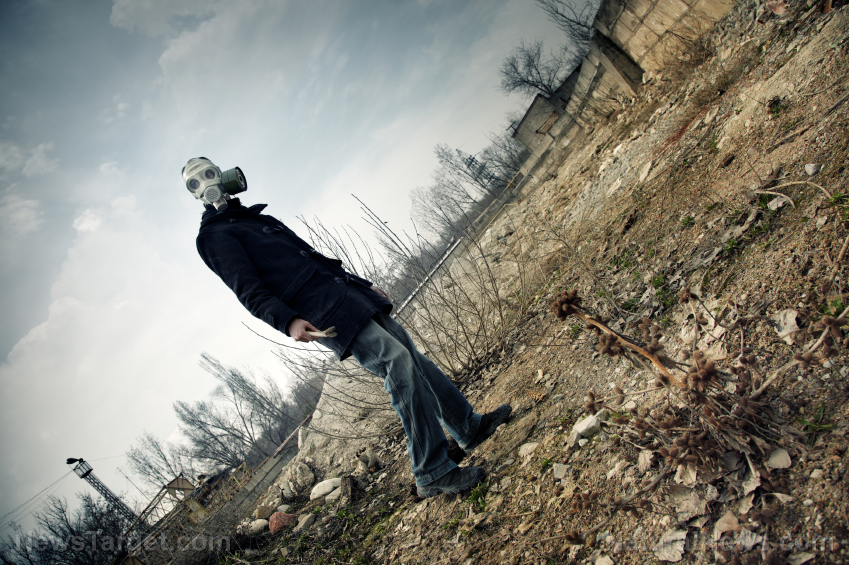 In recent days the Internet was abuzz with discussion and rumors about a tabletop exercise conducted by the U.S. Department of Homeland Security, Defense Department, Dept. of Energy, FEMA and other agencies that simulated a nuclear strike in the New York City area.

As reported by The National Sentinel, the exercise was most likely not tied to current events, given that the exercise – Gotham Shield 17 – actually built on an earlier exercise last fall. That said, the site noted:

But clearly, as tensions ramp up around the world with nuclear-armed states including North Korea, several someones in government – the Defense Department, FEMA, DHS, DOE, etc. – are concerned that a nuclear event is not necessarily imminent but entirely possible, and an attack would not necessarily come in the form of an ICBM.

If such an attack were to occur, do you know what to do to survive? (RELATED: Read North Korea CAN Strike The U.S.: Here’s What You Can Do To Protect Yourself.)

Many people think a nuclear attack is not survivable, and of course, it’s not if you’re in the blast and immediate fallout area. But if you’re outside of that, and you know what to do (and are prepared), it is entirely possible to survive a nuclear attack.

Here are 12 things you need to be aware of and prepared for in order to dramatically improve your survival chances:

— Mentally prepare: A post-nuclear world will be a nightmare of unimaginable atrocities, brutality, and cruelty – and no one (or, at least, very few people) will be willing to help you. More like they’ll be willing to take what you’ve got, including your life. The sooner you understand and accept that, the better.

— Be prepared: Being forewarned won’t mean anything unless you’re prepared to act on the warning in the moment. Keep a bugout kit with you at all times.

— Evacuate – or not: In the early days of intercontinental nuclear missiles, they were designed with a single, massive warhead. But for the past 30 years, ICBMs carry multiple independent warheads of much smaller yields, so that one missile can hit several targets. That said, if you’re more than 10 miles from a warhead impact zone, you may not have to evacuate. Know the wind patterns in your area; this will help you decide.

— Bomb shelter: In the 1950s and 1960s these were all the rage as the world braced for a nuclear war between the U.S. and the Soviet Union. Thing is, the earth is a great barrier against radioactive fallout. If you have a storm cellar on your property, you’re well on your way to transforming it into a fallout shelter. Stock it with food, water, weapons and HAZMAT gear and you’re good to go.

— Ventilation: After some time, shelters become stifling without proper ventilation. The best and cheapest design is the Kearny air pump.

— Provisions: Food and water are a must if you’re to survive any emergency long-term. Stock up now; include foods you don’t have to hydrate in order to eat because you’ll want to save your water for its many other uses besides just hydration. If you’ve got a well, even better.

— Radiation detection: This will become vital to your survival, so make sure in completing your preparations that you include a radiation detector in your gear. A multi-function meter is even better – one that can test your food, as well. (RELATED: Read Kim Jong-Un May Be Planning To Nuke America From Nuclear Submarines… Range Is No Longer A Factor… East Coast The Most Likely Target.)

— Let there be light: Candles can help heat foods and provide much-needed light, while solar-powered lights are of course renewable.

— Stay in touch: It may be days or even weeks before you hear any news following a nuclear attack, but you won’t know unless you have some way of getting it. A portable, solar radio or one you can crank for power is a must-have item.

— First aid: Learn some first aid because your new post-nuclear world will be one without urgent care clinics, hospitals or doctors. Also, understand how to keep yourself healthy in the first place (de-contaminate water, don’t eat plant life if you don’t know what it is, etc.).

— Improvised shelter: You may have to evacuate your location at some point. If so, it will help greatly if you have the knowledge and basic gear to construct a make-shift shelter. There are several; learn and practice how to make them.

Get more tips for prepping to survive at Survival.news.