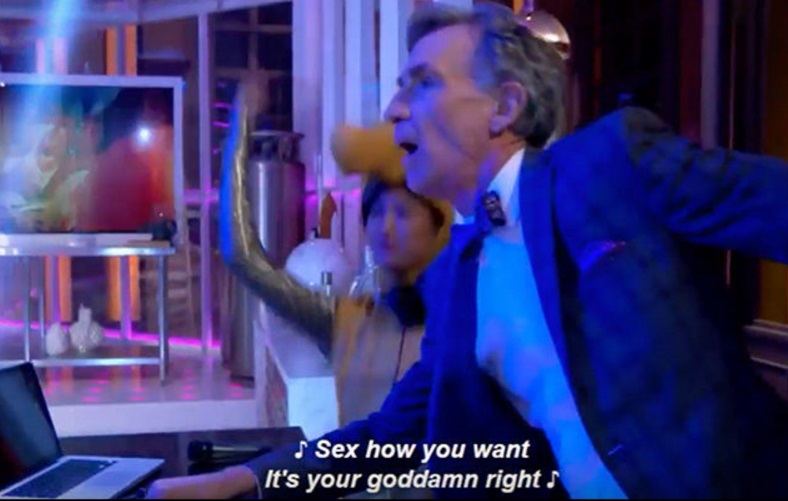 You have to wonder how the media will continue to take Bill Nye the “Science Guy” seriously after all of the goofy, demonstrably false things he has said. Clearly, however, the lamestreams have not reached that point yet.

The latest instance of ignorance that has come from the lips of someone who was a science entertainer and not really a ‘science guy’ is that transgenderism is (wait for it) “evolution.” That’s right; changing genders is the next progression in a long line of human advancement, and Nye says this with the full knowledge that transgendered people choose to become the opposite sex (physically), and that people born male or female don’t just evolve into a contra-gender.

Nye is pushing this nonsense in a new series on Netflix that is laughably titled, “Bill Nye Saves the World.” Interestingly enough, Nye at least used to claim he believed in science, but then again he’s always been selective about the kind of science he believes in. (RELATED: Bill Nye aligns himself with greatest science fraud of the century: GMO ‘safety’)

For instance, Nye is a big climate change fabricator and routinely lambasts scientific data that actually proves he and the rest of the Left-wing global warming hoaxers are wrong, while attempting to get news networks to ignore scientists who dispute him. That’s what the Left does; if they can’t refute you, they try to silence you.

In any event, as Natural News founder/editor Mike Adams, the Health Ranger – someone who has actually conducted real scientific research – has pointed out, Nye’s view of transgenderism not only goes against more than 100 years of genetic research, but is also known by many in the scientific community as the “Flat Earth theory of genetics.”

In his latest plunge into quack science lunacy, Bill Nye has teamed up with Rachel Bloom in a vulgar, laughably embarrassing, science-excoriating “transgender anthem” video called “Sex Junk.” The song’s lyrics, which promote the whacked-out myth that human sex expression is not binary, include lines like, “Sex how you want, it’s your goddamn right.”

Okay, true enough – but doesn’t that imply a choice, not “evolution” of human development?

Why yes, yes it does, as another line in the nasty song implies:

This world of ours is so full of choice. But must I choose between only John or Joyce? Are my options only hard or moist? My vagina has its own voice.

You can’t make this stuff up. Or, rather, apparently you can. Nye’s ridiculous assertions are nothing but another far-Left attempt to “mainstream” behavior and “choices” that, frankly, should never be outlawed or prevented but which certainly aren’t ‘mainstream.’ If they were, most people would be transgendered.

Others agreed that Nye has a screw loose:

Well @BillNye shot his credibility when he decided there's no science to gender. Oh, and that was SAD. #mysexjunk

No matter which gender you were born – or which you choose to be – there are only two physical human sexes, male and female. As a species, we’re not “evolving” into the form of hybrid, and what’s more, the real scientific community knows better and has already written Nye off as a laughingstock. (RELATED: If you believe in transgenderism (spontaneous genetic transmutation), you don’t believe in REAL SCIENCE at all)

What’s even sadder is that Nye’s series was financed by Netflix, so if you’re a subscriber, you’ve helped fund it as well.

Granted, the streaming service is free to do what it wants with its profits, but consumers are also free to a) choose a different streaming service; b) contact Netflix and express your disgust, and c) ignore this idiot and the other lunatics involved in this project and watch something else.

In the meantime, this ought to put the lie to the discredited ‘mainstream media’ narrative that Bill Nye has anything seriously to do with promoting real science. What this stunt has done, however, is to further the case for his skeptics that he’s a phony who is only interested in self-promotion and the passing off of aberrant behavior as “normal.”