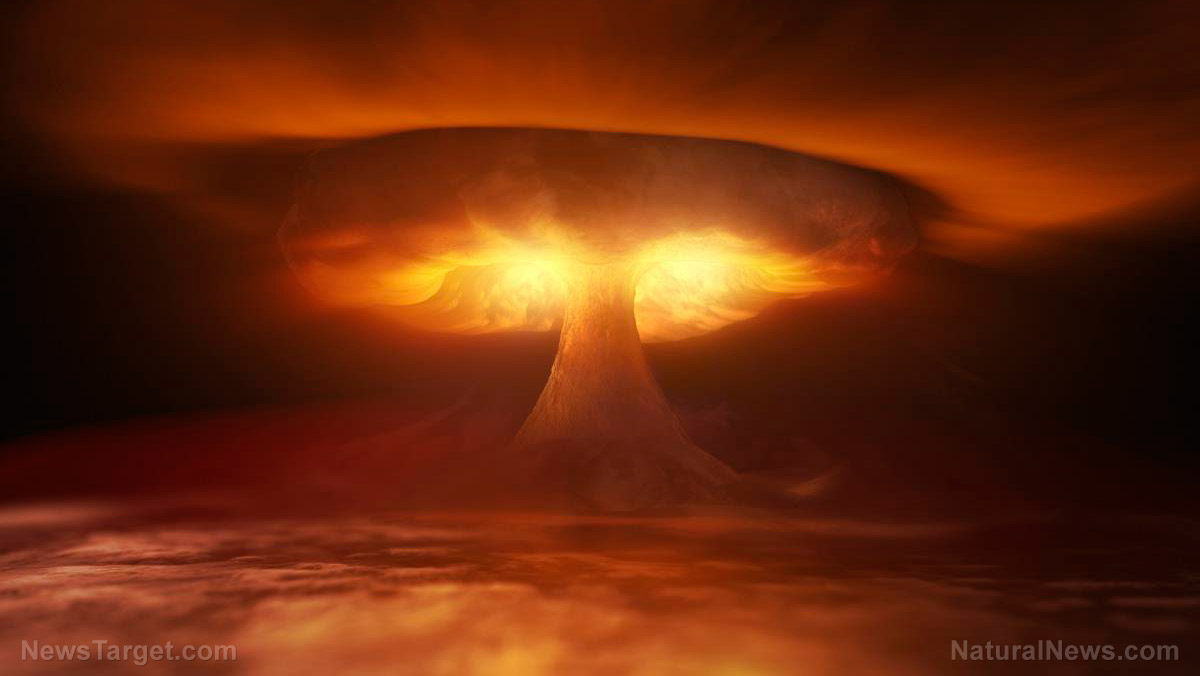 The world seems to be on the brink of yet another major world war, and Christian prophet and “prayer walker” Henry Gruver is convinced that very soon there will be a nuclear attack on the United States. Citing a series of visions he received back in the 1980s and 1990s of such events taking place in the future during the final “end of days,” Gruver highlighted what’s already been fulfilled from these visions during a recent interview with radio host Steve Quayle, adding that what’s still to come – the big trigger – may be at the doorstep.

It was during one of his prayer walks, this particular one in Northern Wales in 1986, when Gruver says he was asked by God, as a matter of faith, whether or not he would be willing to sacrifice his wife and family to Him, the inference being that a big event may at some point occur towards this end. It took Gruver some time to answer this question, part of which came after realizing that God had been with him before and performed miracles, and not to fear. (Related: See more stories about prophecy at Prophecy.news.)

You really need to listen to the full interview for yourself (part two is also available), but suffice it to say that after this line of questioning, Gruver was shown signs and events of what would occur in the future, which now, more than 30 years later, finally have meaning and context in a way that they didn’t at the time Gruver was shown them.

In a nutshell, the alleged defeat of the Soviet Union after the Cold War may have only been temporary, with a revived Soviet power eventually to rise from the ashes. If what Gruver was told in his vision is accurate, then the following statement about a sudden attack on the U.S., which Gruver says would fulfill what he was shown, is given precise context:

“When Russia opens her gates and lets the masses go, the free world will occupy themselves with transporting, housing, and caring for the masses, and will begin letting their weapons down, crying, ‘peace and safety’ – and that’s when it will happen.”

April and May: The ripest times when jet stream movements would cause maximum fallout from nuclear attack

Since the end of the Cold War, the free world, led by the U.S., has gotten comfortable believing that war with Russia is over. A thing of the past. Meanwhile, secret powers have been building up an offense behind the scenes, and now, with the recent deterioration of relations with Russia and North Korea, the prospect of a full-fledged nuclear war, predicated by some kind of dirty bomb, electromagnetic pulse (EMP), or nuclear attack, seems more possible than it has in many years.

Interestingly enough, part of Gruver’s vision of a decorated general announcing the demarcation of this eventual prophetic fulfillment actually took place in 1987 when Mikhail Gorbachev announced the signing of the nuclear arms treaty that year, along with the United States. But this wouldn’t last, and eventually another war would take place, initiated by some kind of blast or attack. And Gruver’s subsequent vision of towers, which we now know to be mobile phone towers – these didn’t exist back in 1986 – being part of these attacks, are even more ominous.

During the 1980s, Gruver also became familiar with Russian involvement in studying the jet streams over the U.S., which he believes was a tactic to learn when an attack would provoke maximum fallout. As it turns out, the peak time for such an attack is right now; between the months of April and May, which scholars and those familiar with Bible prophecy will recognize aligns with the prophecies contained in Ezekiel 28.

Ezekiel 38 backs this up, “Son of Man, set your face against Gog…”

Be sure to listen to both part one and part two of this incredible interview with Henry Gruver. You can also learn more about his ministry here.