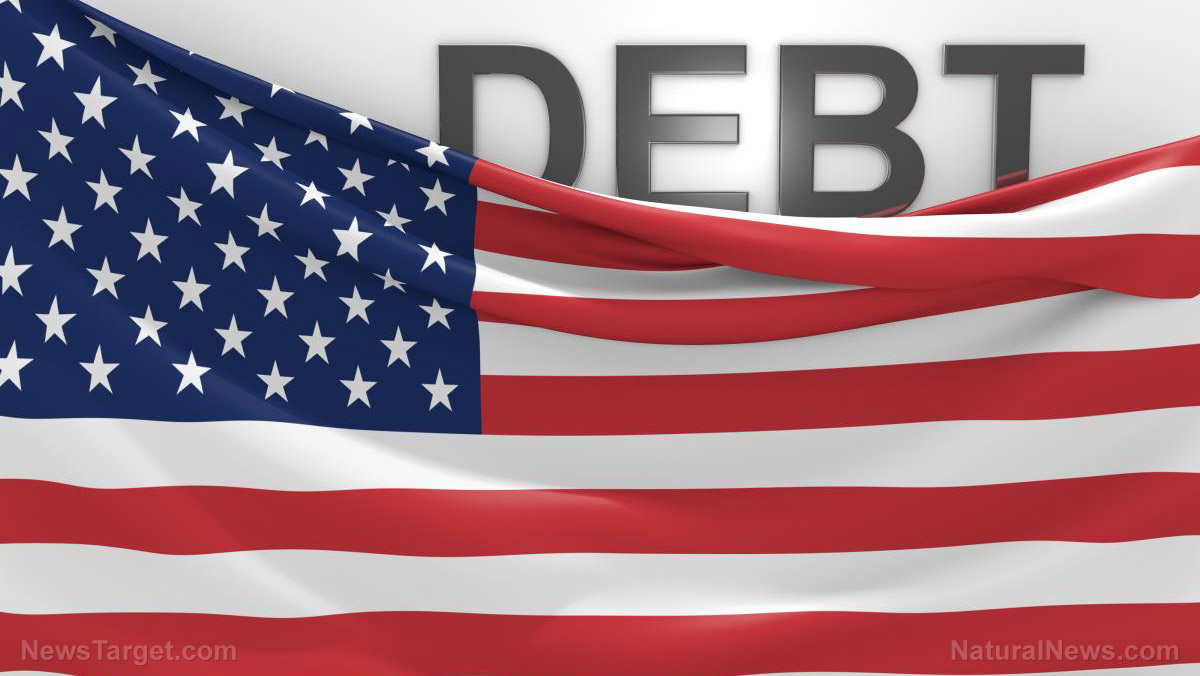 As a candidate, then-Democratic presidential nominee Barack Obama said in 2008 that his predecessor, President George W. Bush, was “irresponsible” and “unpatriotic” for doubling the national debt under his watch — from about $4.5 trillion to more than $9 trillion.

Then Obama doubled it under his watch, and it now sits at nearly $20 trillion. At its current rate of growth, it will top $20 trillion, and soon — but the debt won’t stop there. Unless, by some miracle, Congress and President Donald J. Trump can get together on budget and revenue deals that will begin to reduce the amount our country owes, the bottom will drop out and the economic collapse will be so immense it will be a generation, or two, before the world recovers.

Several expert economists have been sounding the alarm for years, and the latest one to do so — the Heritage Foundation’s Romina Boccia — is no different. But her warning is more than just serious, it’s dire.

“A fiscal storm has been brewing over America for years, and things are only getting worse,” Boccia — deputy director of the Thomas A. Roe Institute for Economic Policy Studies and the Grover M. Hermann fellow in federal budgetary affairs at Heritage — wrote recently.

“We don’t hear much about the debt these days, yet the U.S. national debt is quietly and swiftly approaching $20 trillion. The nation’s fiscal condition is worsening by the day,” she added.

At some point, the gravy plane will begin to spiral out of control and crash, and anyone who doesn’t have a parachute, which will be 99.9 percent of Americans, will pay the price.

But so far, there aren’t enough men and women in Congress who care enough about the future of the country to do what it takes to save it from this approaching fiscal disaster — a disaster that will affect the entire globe, considering the global economy relies on the U.S. dollar as its reserve currency.

No, they’d rather play the short game to please key constituencies and kick the can down the road for some other poor elected schmuck to have to deal with at some point.

The president is trying to do his part. He has sent Congress a “skinny” budget that cuts tens of billions of dollars, key programs and entire federal agencies, but many have already declared the budget dead on arrival as is.

We’ve got a $20 trillion debt and we actually have lawmakers defending funding for ridiculous research, “the arts,” more than 430 federal agencies, and everything else anyone on Capitol Hill can think to throw money at.

Boccia knows how bad all of this is:

America’s annual deficit—the difference between what the government spends and collects in taxes each year—is projected to rise steeply over the coming decade and to continue growing from there.

The deficit is projected to surpass $1 trillion in nominal terms before the 10-year mark, and then to keep rising.

In terms of the size of the economy, deficits are projected to rise from 2.9 percent of gross domestic product (GDP) this year to 9.8 percent 30 years from now.

Why wouldn’t it? Try suggesting cuts to, say, any federal welfare program. You’ll get virtually every Democrat on the Hill whining about how no one cares about “the poor” and “the children” and “women’s health” and on and on. Never mind that if we don’t fix our spending problem, eventually nothing will get funded because there won’t be anything left of our economy to tax.

Then the proverbial stuff is going to hit the fan.

Trump’s budget, the White House says, contains policies that “would drive down spending and grow the economy. By 2027, when the budget reaches balance, publicly held debt will be reduced to 60 percent of GDP, the lowest level since 2010, when the economic policies of the last administration took effect.”

That’s the only rational course we can take to avoid a major economic calamity.

Too bad we don’t have enough lawmakers with the courage, foresight and love of country to make it happen.

Stay informed at Collapse.news and NationalDebt.news.