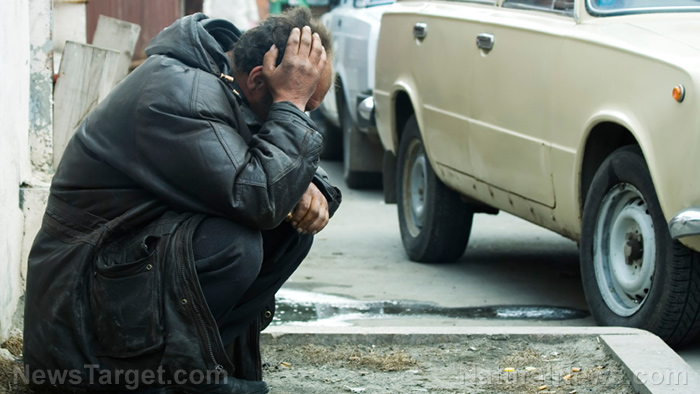 As the United States is still slowly recovering from the Great Recession, more Americans must rely on our nation’s safety net programs for their survival. As reported by Scholars Strategy Network, about one in four Americans live below or just above the federal poverty line.

The slow recovery and soaring unemployment level have not only pushed those already impoverished further down the road, many formerly middle-class families are also struggling to keep their heads above water. Today the combined enrollment in America’s four largest safety net programs has reached a new all-time record high, reported The Economic Collapse Blog.

Though Bernie Sanders called President Trump’s decision to cut the budget for government aid programs “immoral” in an editorial by CNN, the question we should really be focusing on is whether it is moral to steal more than a hundred million dollars from Americans to pay for these programs. That is the debate we should really be discussing.

Whether we should abandon fellow Americans who are having a hard time is a tough call to make. Haven’t we been taught to help each other through difficult times? Can we really turn our back on those who need our help the most?

Since there is an overlap between the various programs, meaning the same individual can be enrolled in more than one program, experts estimated the number of actual people receiving benefits from the government to be well over 100 million people.

Are we on the brink of an economic collapse?

With about a third of the country currently receiving benefits from the government each month, America has turned into a handout nation. Writing for the Economic Collapse Blog, Michael Snyder asked himself the question “How far down this road do we have to go before people start calling it ‘socialism?’”

As the older generation of Americans is making way for the far more liberal millennials, Michael Snyder fears socialist policies will be pushed to the point where the entire economic system will collapse.

“At this point, the Republic that our founders established is barely recognizable, and if it is going to be saved we need a conservative revolution as soon as possible,” he wrote.

To “make America great again,” Snyder noted that America needs to reduce the size and scope of the federal government, adding that there are some promising signs in the budget President Trump has proposed. The President wants to get rid of 66 federal programs, which has infuriated liberals across the nation.

If we don’t stop handing out so much money and clean up the mess the government has made, millions more Americans will jump on the bandwagon of the safety net programs, a bubble that will eventually burst and intensify America’s downward spiral, which may lead to an economic and political collapse. (RELATED: Find more news about the unavoidable economic collapse at Collapse.news.)

“We definitely need to ‘drain the swamp’ in D.C., and we can start with Congress,” said Snyder. “But the alliance between big money and big government is going to be hard to defeat, and so if we want our country back we are going to have to fight harder than we have ever fought before,” he added.

Curious to find which distinct crises Americans will face after an economic collapse? Click here to learn more.