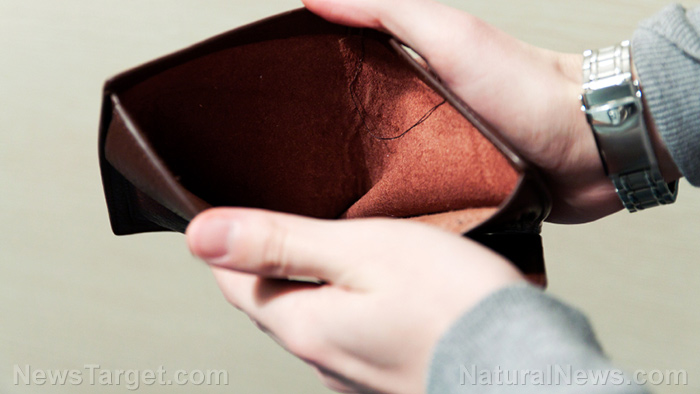 The state of Illinois is in the throes of a serious financial crisis – arguably the worst in our nation’s history, in fact – that threatens to drive the midwestern enclave to the brink of bankruptcy and collapse. Reports indicate that Illinois is facing a more than $15 billion deficit as lawmakers scramble to implement the state’s first working budget in three years ahead of an impending June 30 deadline.

The cashflow status is so bad in Illinois that the state now faces being downgraded to “junk” bond status, which would make it the first state in U.S. history to suffer such a fate. With no money left and insurmountable debt, Illinois is entering a literal doom scenario in which the state may no longer be able to pay out employee pensions or perform needed infrastructure repairs, setting the stage for total economic failure.

For many years, authorities have been kicking the can down the road hoping to avoid this reality. But a judge ruled earlier this month that this is no longer acceptable, and that Illinois needs to make some serious changes to avoid becoming completely insolvent. Illinois Governor Bruce Rauner has ordered state lawmakers to return for a special session on the matter, but some worry that it won’t be enough.

“Everyone needs to get serious and get to work,” Gov. Rauner announced in a video he posted from his office’s Facebook page.

Road repairs in Illinois to stop on July 1 if budget isn’t passed, warns Department of Transportation

The Illinois Department of Transportation (I.D.o.T.) is making its voice heard on the matter as well, warning that if the state enters its third consecutive fiscal year without a budget – the longest stretch of any state in America’s history – then all roadwork will promptly cease on July 1. At the current time, state workers are still receiving pay due to court orders, but things simply can’t go on like this indefinitely without a workable solution.

At the same time, school districts, colleges, and medical and social services providers are all feeling the heat as they struggle to pay their faculty and employees from empty state coffers. And all the while the Democrat-led legislature and the Republican governor are at a dead stop in terms of moving any closer to a consensus on a new state budget.

State Comptroller Susana Mendoza has been working overtime trying to pay all the state’s bills and keep Illinois afloat. But she recently told the media that there just isn’t enough money coming in anymore each month to keep everything functioning as normal. Items that fall into the “discretionary” category of spending are sure to suffer big league – despite its name, this includes paying for school buses, domestic violence shelters, and even some ambulance services.

“I don’t know what part of ‘We are in massive crisis mode’ the General Assembly and the governor don’t understand. This is not a false alarm,” Mendoza, a Democrat from Chicago, stated bluntly to the media. “The magic tricks run out after a while, and that’s where we’re at.”

Like in many other states, Illinois’ budget woes stem from deep-seated disagreements over how revenue is generated and spent. Democrat lawmakers are insistent upon raising taxes to cover the state’s budget deficit, while the Gov. Rauner and fellow Republicans want to see some serious reform before they ever consider increasing spending.

Illinois currently has the lowest credit rating of any state, it’s important to note. The state’s website actually features a module that keeps a live tally of its general fund’s payables backlog, which as of June 16, 2017, tops $15.1 billion.