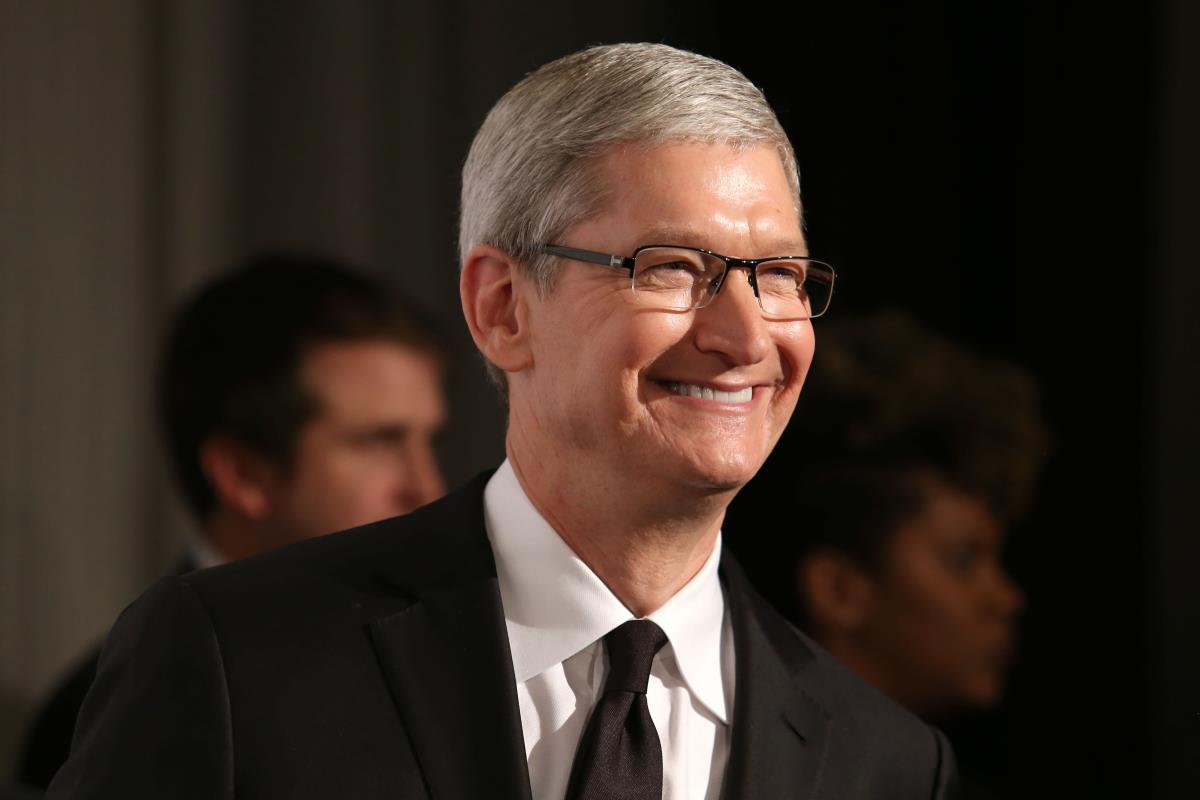 Just like Eve who was lured into taking a bite out of the forbidden apple in the Garden of Eden, many people today are enamored with the idea of chomping down on anything that tech giant Apple throws their way. This includes so-called “next level” technologies like the one the Apple is currently working on and soon to unveil, known as “augmented reality.” A.R. will reportedly allow users to basically live in a fake world filled with superimposed images of things that don’t actually exist.

At the recent 2017 Worldwide Developers Conference (W.W.D.C.), Apple C.E.O. Tim Cook was brimming with excitement over the prospect of coaxing even more unsuspecting victims into his company’s latest technological snare. Speaking about A.R., Cook told the media that he is “so excited about it” that he literally wants to “yell out and scream.”

Whether gleefully naive or even demonic, Cook’s guttural response to A.R.’s release is particularly bizarre, especially when considering that it serves no real purpose other than to erase yet another element of humanity from the social sphere. By drawing more people into a fake reality projected through virtual simulations – similar to the Google Glass concept – society will become even more glued to their phones and other similar technologies at the expense of interacting with others.

“The first step in making it a mainstream kind of experience is to put it in the operating system,” Cook stated, admitting that A.R. could end up becoming a Pandora’s Box of unintended consequences for society. “We’re building it into iOS 11, opening it to developers – and unleashing the creativity of millions of people. Even we can’t predict what’s going to come out.” (Related: To keep up with the latest developments in virtual reality technology, be sure to visit and bookmark VirtualReality.news.)

Oh, and Tim Cook doesn’t really like President Trump, by the way

For some reason during an interview that was supposed to center around A.R., Cook was asked by Bloomberg about his experiences working with President Trump. Perhaps expectedly, Cook was all to keen on commenting about the many things he and the president disagree on, including issues like illegal immigration and climate change.

“There are clearly areas where we’re not nearly on the same page,” Cook explained, adding that he was “very disappointed” when President Trump decided to pull the United States out of the deceptive and illegitimate Paris Climate Accord. Unwilling to even consider the reasons why the president shut down the deal, Cook emphasized his misguided opinion that “America is more important than blood politics,” whatever that is supposed to mean.

As the interview circled back around to the topic at hand, Cook added a little more about the eventual release of A.R., which isn’t quite ready for the mainstream. Even so, Cook stated that “it’s time to put the seat belt on and go,” insisting that people are already having A.R. experiences every time they eat a meal, for instance.

Apple hopes to release it’s first A.R. glasses later in the year, with plans to have them sync up to people’s iPhones and Apple Watch devices. The goal is to convince the public that it’s completely normal to walk around with futuristic-looking goggles on their faces that recreate the world around them into a Pokemon Go-type virtual reality simulation. The prospect of creating a fake world for humans to live in is “really cool,” according to Cook, though he insists that it will somehow encourage rather than replace human contact. His rationale is that rather than fully embody a virtual reality, augmented reality technology will simply enhance what’s already there.