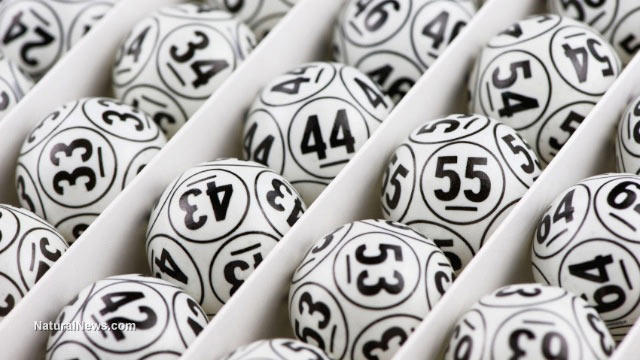 Not even the Illinois state lottery pool is safe from the financial collapse that is taking place in the Land of Lincoln. Illinois lottery winners are no longer guaranteed their winnings and will have to wait for lawmakers to pass a budget before there is the possibility that they can collect their cash. As the collapse continues, the popular Powerball and Mega Million lotto tickets could be pulled from shelves and any winnings exceeding $25,000 won’t be paid out.

The same problem occurred in 2015. When the state failed to pass a budget then, lotto sales were shuttered, spurring a $70 million drop in sales. At least 3,900 stacked up claims had to be repaid, forcing the Illinois General Assembly to pass a special bill just to keep the lottery payouts coming.

The state now owes $130 billion in unfunded pension obligations, and is sitting on a pile of unpaid bills exceeding $13 billion. To prevent the state’s credit rating from dropping to junk status, Senate Democrats have put forth a tax increase to keep their illusion afloat. Illinois Governor Bruce Rauner vetoed the spending measure, which entitled the Illinois government to 4.95% of resident’s income, up from 3.75% previously. Despite Rauner’s efforts to make Congress come up with a budget plan, Senate Democrats and a few Republicans decided to override the veto. The illusion of Illinois is set to continue on into the unforeseeable future as higher income taxes and higher property taxes take effect.

So why can’t the Illinois government manage all the money it confiscates from taxpayers?

Not every state has an income tax. Illinois has one of the highest income taxes of any state, guaranteeing the IL government a large supply of cash coming in. So why can’t the state government manage all this excess money they pull from people’s incomes?

Illinois is on the verge of declaring Chapter 9 bankruptcy, but what does that mean and what will be the consequences of this fallout? Will banking institutions allow Illinois lawmakers to erase their deficit and start over with a new blank check and perpetual runaway spending? Is this even allowed?

Will the federal government bailout Illinois? Will the state be absolved by surrounding US states? Whatever the case, the problem of runaway government spending must be stopped. But how can it be stopped if the source of this financial bleeding is embedded into every aspect of government and its spending obligations?

Underneath it all, the source of the Illinois financial collapse is Big Pharma and the “sick care” medical industrial complex. A court ruling demands that the state of Illinois pay back $586 million per month in unpaid bills to doctors, hospitals, cancer clinics and drug companies. These outrageous debts and increasing costs could be avoided if healthcare wasn’t run by Big Pharma’s “sick care” system and its indoctrination of medical professionals and the people. Right now, Illinois owes $15 billion to “sick care” contractors and $251 billion in future pension benefits that include “sick care” coverage.

To get out of the financial mess that it’s in, the people of Illinois will have to free themselves from Big Pharma’s death grip and the unsustainable course of the medical system. Until then, money will continue to be siphoned from people’s paychecks, businesses, and property.