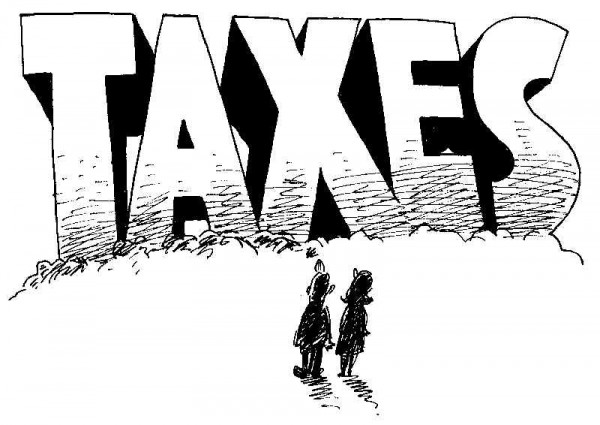 And the Democrat-controlled Illinois Legislature just made one.

On Thursday the legislature finally passed a budget — its first since 2015 — by overriding Republican Gov. Bruce Rauner’s veto. The governor’s big hang-up with it? The budget proposal contained a massive 32 percent income tax hike that rational economists and tax experts understand will only worsen the state’s dire economic position in the coming years.

On a vote of 71-42, 10 of the state’s Republicans joined with Democrats to pass the new tax increase, which permanently boosts the rate from 3.75 percent to 4.95 percent. In addition, the budget also raises the tax burden on businesses, hiking the rate from 5.9 percent to 7 percent, Breitbart News reported.

On average, the rate hikes amount to 32 percent for Illinois residents and a $5 billion hike in taxes overall.

That is, if the state ends up collecting that much.

The new tax hike is all the more galling because Illinois already has the highest property taxes in the nation, a fact that often forces retirees out of their homes to flee to other states. This is also a situation not lost on the state’s black American population, either. Illinois is witnessing a growing number of its African-American citizens moving out of the state, with Chicago and Cook County residents leaving at the fastest rate.

But all of that is lost on Democratic state leaders, who — true to their party’s ideology — are never satisfied with confiscating and spending more of the people’s money. Not included in the budget were any provisions to roll back the $250 billion in pension payments the state owes to workers upon retirement, Money/CNN reported.

Not only that, but Illinois is approaching junk-bond status, the first state ever in the history of the country to reach that point: Despite the massive new increase in taxes, the state owes $15 billion in unpaid bills.

Ratings firm Moody’s said it may still make the Land of Lincoln junk bond central despite the tax increase, which — if it happens — will only worsen the state’s finances, because it will dramatically hike its borrowing costs.

“So far, the plan appears to lack concrete measures that will materially improve Illinois’ long-term capacity to address its unfunded pension liabilities,” Moody’s wrote, as reported by CNN/Money.

Rauner is well aware of that problem. He called the budget bill “a disaster” and knocked it because it would “solve none of the problems” associated with the state’s outsized, unsustainable spending. (RELATED: Several states set to collapse under crushing weight of bankrupt pensions: Will Illinois become the first?)

What’s more, as Breitbart noted, the tax increases along with the Democratic legislature’s refusal to reform spending will lead to massive flight out of Illinois, which is what has happened to other Democrat-controlled deep blue states that also have spending problems.

Like Connecticut. As reported by The National Sentinel, out-of-state flight due to high taxes has resulted in less revenue for bean counters:

The outcome is always the same – fiscal disaster and flight of tax base to cheaper, less regulatory climates. Illinois is a perfect example of the kind of economic basket cases Democrats create. California is trending that direction with its insatiable appetite for the people’s money. Ditto New York. New Jersey is headed down the same path.

As The Wall Street Journal noted further, the state’s governor, Dannell Malloy, “a slow learner, seems finally to have accepted that raising taxes on the wealthy is a fiscal dead end.” But that hasn’t stopped him and the ruling Democrats from a) seeking higher taxes from other quarters, like tobacco and casinos, while still failing to address out-sized pension payments that are killing their budget.

Without serious pension reform, states like these will have to confiscate 90 percent of what its citizens earn, just to keep up with the outflow of revenue. That won’t happen; and if reforming payments wont’ happen either, their fiscal collapse is inevitable.