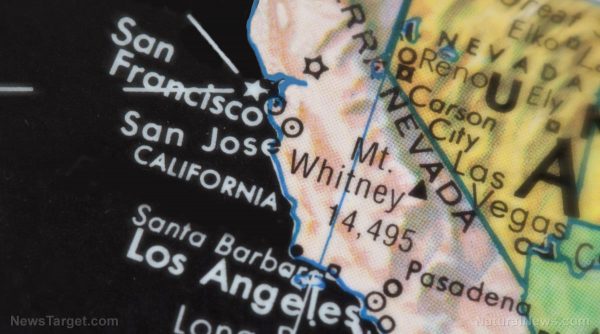 It seems hard to believe that a town which boasts a median family income of $169,000 a year has just declared a fiscal state of emergency and could be on the verge of bankruptcy. Nonetheless, according to Bloomberg, that is exactly what is happening in Moraga, a wealthy San Francisco suburb with 17,000 residents. While the average price of a home in this elite town is $1.2 million and it is known for its free summer concerts, a 1978 California ballot measure known as Proposition 13 has prevented homeowners’ taxes from rising by more than inflation or two percent each year for decades, leaving the council desperately short of necessary funds.

The town’s already tight resources were further stretched by two recent infrastructure failures: The collapse of the Canyon Road Bridge, and a massive sinkhole at Rheem Boulevard and Center Street, which swallowed a traffic light and destroyed a gas line, leaving hundreds without heat for several days. The sinkhole has plagued residents for over a year, leading several young high school students to celebrate its “birthday” recently, as reported by NBC Bay Area. The council has announced that repairs will be completed by October of this year; however, the town’s financial situation being what it is, that remains to be seen.

The town now has reserves of only about $1.6 million, leaving it totally unable to rise to the challenge of any unexpected emergencies.

Nonetheless, the council, which has 36 full-time employees, has refused to reduce its staff complement. Instead, it actually awarded staff members raises just two weeks before declaring the fiscal emergency.

“If we offered no raises, we would lose people,” claims Robert Priebe, the town’s manager.

Instead, the town has opted to cut an estimated $83,000 in costs by reducing maintenance services at public facilities, parks and municipal grounds. The council is also hoping for state and federal relief, and is considering a flat property fee or the raising of a utility tax.

Seth Freeman, a council candidate who has been vocal in his criticism of the way the council has chosen to handle the crisis, believes that the cost cutting measures should begin closer to home.

“I’m concerned that the simple solution would be to raise taxes than to address some of the issues under the control of the town manager,” Freeman told Bloomberg. “The compensation for a small town is unaffordable.”

It remains to be seen whether the council’s expense solutions will prove sufficient to the task. On the surface, at least, it certainly looks like a case of too little, too late.

Of course, this is just one of many crises to hit the Golden State in the last few years. California has been battling a drought since 2014, and over 50,000 residents in the southern part of the state had to evacuate their homes last year when uncontrollable fires quickly spread, destroying over 50 square miles of land. [RELATED: Why does one billionaire couple have access to more of California’s water than all of Los Angeles’ residents combined?]

A 2016 Harvard study delivered even more bad news to the beleaguered state: California’s tap water is the most toxic in the nation, and in some cases, is contaminated with “life-threatening concentrations” of dangerous chemicals.

It is clear that California is a state in distress on many fronts. One can only hope that those in positions of authority will rise to the occasion and find the means to cope with these difficult circumstances.