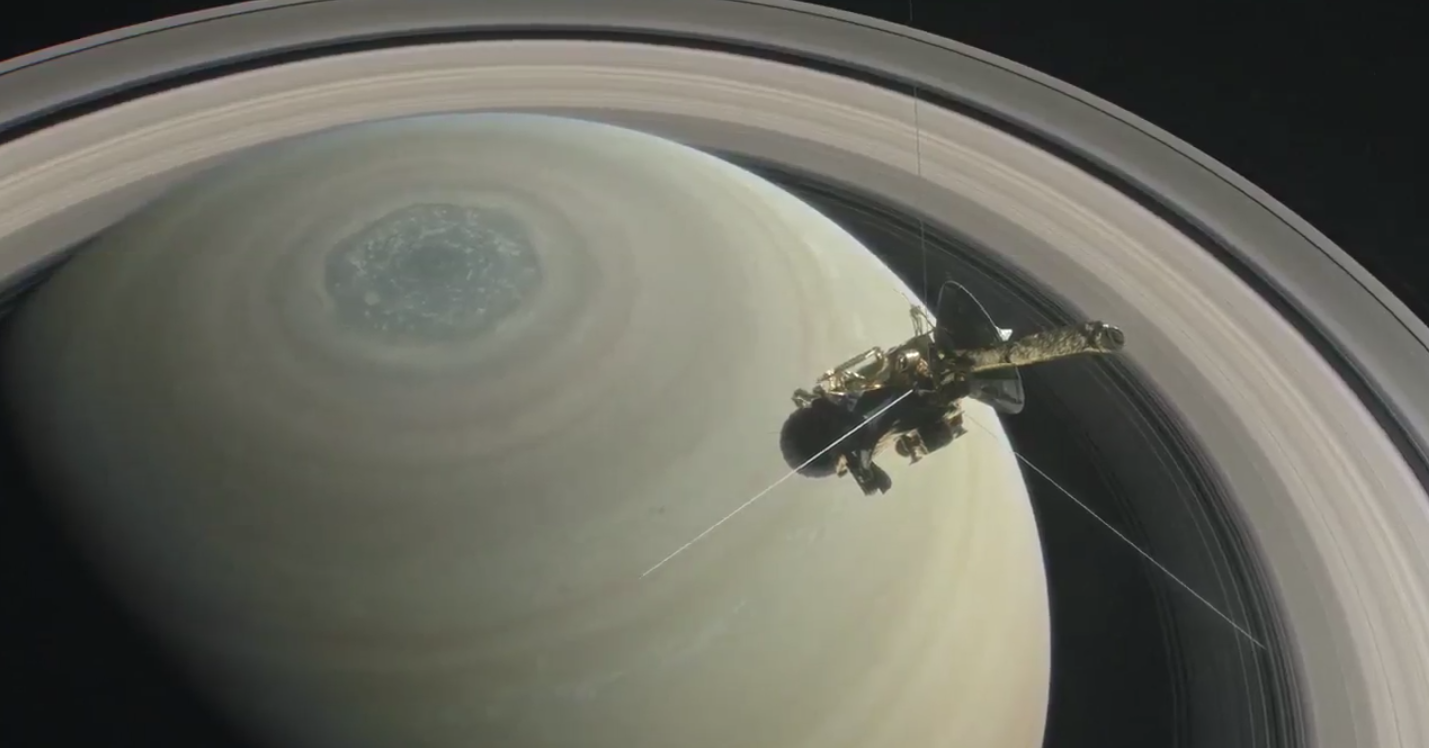 Dr. Norman Bergun, a former NASA engineer at the Ames Research Center says that aliens exist, and they have been hiding in the rings of Saturn for millennia. These supernatural beings not only reside in the outer planets, they have the technology and the capability to form the rings that circle them. These are not baseless claims either; Dr. Bergun has repeatedly pointed out to images released by several Voyager space missions which show a cigar-shaped object lurking around Saturn’s rings, supposedly “fixing” incomplete formations circling the gaseous planet.

These allegations stem from Dr. Bergun’s earlier hypotheses which were published in a notoriously popular book (in certain circles) called “Ringmakers of Saturn.” In it, Dr. Bergun claims that unidentified flying objects have been photographed countless of times traveling around Saturn and other ringed planets such as Jupiter and Uranus. He does not assume the reason for this, but says that one of the activities that can be observed is the aliens’ fixation to fix incomplete ring formations. For example, in a minute-lapse shot from a Voyager mission, one can see a small gap in Saturn’s lower rings, with a tiny (in comparison to the planet) object detected a few thousand miles away. Then, the next shot shows the gap being filled, with the UFO no longer in sight. Dr. Bergun believes that these are massive alien spacecrafts whose main job is to complete ring formations; thus making them “ring makers.”

A complete explanation of this theory can be found in a 17-minute long video posted on popular YouTube alien conspiracy theory channel, SecureTeam10. The organization has described itself as the “number one source for breaking news and exposure of the alien phenomenon!” It has more than 900,000 subscribers.

Are we alone in this universe?

This has been a question asked by millions of people ever since man looked at the sky. Are we the product of a series of random coincidences or are there other lifeforms out there? Either answer is astonishing. Regardless of where you stand on the issue though, it cannot also be denied that the theories for both points are fascinating. Investigations from numerous groups have “proven” the existence, and non-existence, of higher life forms (even as some critics argue on whether humans can even be classified as a “high-intelligence being” compared to say, a dolphin).

As curious creatures, we need to ask ourselves these questions and search for the truth. There is a need for evidence; concrete and irrefutable proof that would solidify our judgment. To achieve this end, NASA has recently launched investigative probe missions to determine if there is, indeed, alien life out in our solar system, or beyond. This discovery, if ever, would not be surprising to the space scientists who calculate that with the numerous exoplanets being discovered monthly, the statistics of not finding anything are unlikely. (Related: European Governments Launch Projects to Confirm Presence of Alien Life.)

Let’s be completely clear about this. Alien life would be defined as any life form whose origins, functions, and movements are not similar to anything found on Earth. This could mean that even bacterial strains could be classified as “alien life,” despite the assumption that extraterrestrial beings should be what we see on T.V. What would be more important to scientists would be the genetic structure of the life form, no matter what it looked like. A strict adherence to the definition of the word “alien” after all is anything that is not what we are used to.

Read up on more news life this on Space.news.