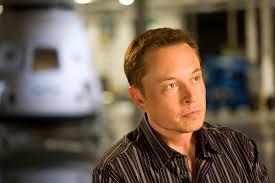 It’s only a matter of time before artificial intelligence finds superiority over humans. As machines become more efficient at computing data and navigating algorithms, as they learn from their experiences and make complex decisions, they will inevitably challenge human thinking and human way of life. But will the advancement of AI lead to the extermination of the human race?

If the technology is used for war purposes, the possibility is high that AI becomes a threat. With super weapons already implementing AI technology, the risks are there. Inventor Elon Musk believes there is a 95 percent chance that artificial intelligence will threaten the survival of human populations. In a presentation to Neuralink employees, Musk said artificial intelligence is a “fundamental risk to the existence of human civilization.” Musk advocates very seriously that AI be proactively regulated for safety and that governments catch up on the concepts of AI before the technology overwhelms humans. His firm Neuralink is currently working on an implantable technology that connects the brain directly to computer interfaces. (Related: Russian President warns AI will be the ultimate weapons for world domination.)

The Tesla and SpaceX CEO said that we cannot be reactive in AI regulation; we must be proactive. “Normally the way regulations are set up is when a bunch of bad things happen, there’s a public outcry, and after many years a regulatory agency is set up to regulate that industry,” he said. “It takes forever. That, in the past, has been bad but not something which represented a fundamental risk to the existence of civilization.”

Musk sees artificially intelligent super weapons becoming a grave threat. He also mentioned the possibility of computers outsmarting humans by manipulating information and starting wars. Russian weapons firm, Kalashnikov, has already unveiled automatic AI weaponry that can be programmed and learn from its experiences in battle. When these killing machines begin to override human decision making, war between nations will quickly become war between machines and humans. In an effort to stop the machines, humans will only make the machines smarter as they learn from their experiences. For more on the dangers of AI, visit Robotics.News.