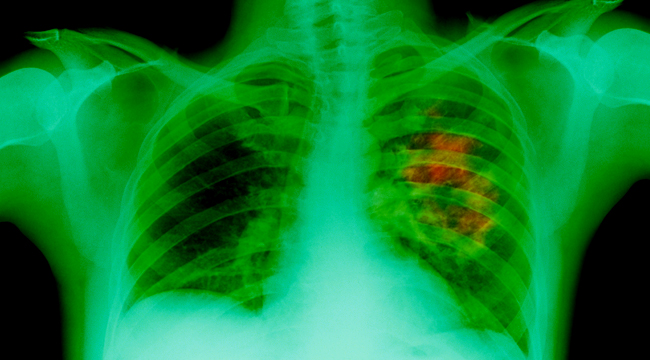 Have you tested your home for radon gas? If you haven’t, you may want to get it tested as soon as possible as this gas is a silent killer that may be lurking in your home. A study found that one in every eight homes in Alberta, Canada surpassed the acceptable radon level by the government. Radon gas is known to be the leading cause of cancer next to cigarette smoking. (Related: Radon in Homes is the Second Leading Cause of Lung Cancer.)

“As a society, we have a well-recognized problem with environmentally-induced cancers. Testing your home for radon gas is an effective prevention strategy and radon is one of the most easily eradicated causes of lung cancer. The problem is most people do not know this,” said Aaron Goodarzi, an assistant professor, cancer researcher, and a radiation biologist at the University of Calgary.

A group of scientists recruited people as “citizen scientists” to test their homes for radon. The researchers examined a total of 2,300 houses in southern Alberta for a minimum of 90 days between 2013 and 2016. The study participants also gave information on their home metrics, such as construction year, build type, foundation type, and floor and room of deployment of the radon detector, through an online survey. Houses that were repaired were retested to measure the efficiency of radon reduction methods in the area.

Results showed that the average air radon level found indoors was 126 becquerels per cubic meter (Bq/m3). It was found that about 48 percent of the homes had levels of 100 Bq/m3 or higher, while 12 percent were at or exceeded the maximum acceptable limit for Canada of 200 Bq/m3. The researchers observed that newer homes or those that were built in 1992 or later had higher radon levels with an average radon level of 142 Bq/m3 compared to older homes that had levels of 108 Bq/m3. The study was published in Canadian Medical Association Journal (CMAJ) Open.

“Our findings show that radon exposure is a genuine public health concern in southern Alberta, suggest that modern building practices are associated with increased indoor air radon accumulation, legitimatize efforts to understand the consequences of radon exposure to the public, and suggest that radon testing and mitigation are likely to be impactful cancer prevention strategies,” the researchers wrote.

Radon gas and how it can enter your home

Radon is a radioactive, invisible, odorless, and tasteless gas that is released from the normal decay of radium, uranium, and thorium in rocks and soil. It can flow through the ground and diffuse into the air. Depending on the local geology of an area, this gas can even dissolve into ground water and can be released into the air when the water is used. This substance can accumulate in areas without proper ventilation, increasing the risk of lung cancer.

Radon can enter your home in different ways. The Environmental Protection Agency (EPA) said that radon can get into buildings through cracks in solid floors and walls, construction joints, gaps in suspended floors, gaps around service pipes, cavities inside walls, and the water supply. An effective way to determine whether you or your family is at risk of high radon exposure is to get your home tested.

When radon is inhaled, its radioactive particles can get trapped in your lungs. As time passes by, these cancer-causing particles will increase the risk of lung cancer. Moreover, those who smoke and inhale radon gas at the same time are at a greater risk of developing lung cancer. In fact, radon causes about 15 percent of lung cancers all over the world, according to the World Health Organization (WHO).