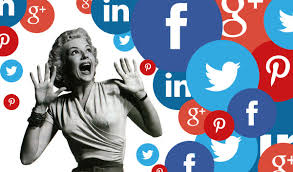 Most people aren’t hyper-political, and because they’re not they are more malleable when it comes to forming an opinion about an issue.

However, it’s difficult to have an informed opinion about something if you’re not given all the facts. If you only get one side of the issue, you can’t hope to make the best decision about whether or not you want to support or oppose it.

Yet, that’s exactly what’s happening to hundreds of millions of social media users every single day. Their new feeds are being manipulated — controlled — by political information Nazis at the world’s most popular social media and technology platforms: Twitter, Facebook, and Google.

And because of that, those companies are hurting democracy (while simultaneously helping to usher in anti-democratic government).

A recent study by Ivan Dylko, an assistant professor of communication at the University of Buffalo who is an expert on the effects communication technology has on politics, looked at the political effects of information customization — a ubiquitous technology that is used by the social media giants to personalize subject matter of content on information sites.

These platforms all employ some form of the technology, Dylko said, and they use it to comb through news and opinion pieces to sort out which information they want to present to certain users.

But the problem, according to the researcher and his team, is that people have begun to rely on this type of limited information delivery for all of their news and information. In return, “this is creating a space where informed, challenging debate is increasingly difficult,” StudyFinds.org notes.

As Natural News reported in August, calls began going out by then-White House political advisor Steve Bannon, formerly of Breitbart News, to have Google, Facebook, and Twitter come under government regulation to ensure they no longer tainted their newsfeeds with overtly liberal points of view.

As The Intercept reported further:

Regulating a company as a utility does not mean that the government controls it, but rather that it is much more tightly regulated in what it is able to do and prices it is able to charge.

As Dylko’s research team found out, people with moderate or generally apolitical views were harmed more because they wouldn’t necessarily know whether or not what they were reading was the last word or the correct view on any particular subject.

“These personalization tools were initially created to help cope with information overload. Unfortunately, these popular information technologies can unintentionally hurt our democracy. The increasingly popular personalization tools are likely to lead to a situation where we are surrounded by like-minded information that creates a skewed perception of reality, incorrect beliefs, extreme attitudes and suboptimal political behavior,” Dylko said in a university press release.

“System-driven customizability, termed a ‘filter bubble’ by political activist and Internet entrepreneur Eli Pariser, is particularly troubling because substantial content is filtered out by the information system without users ever realizing this is happening,” added Dylko. “The ease of reducing exposure to challenging opinions and automation of such filtering is what’s new and important about selective exposure today.”

Bottom line: We can’t have a reasoned, informed debate about social and political issues in our country if we’re never permitted to see ‘the other side’ of issues.

This sure helps explain why we’re so polarized these days; looks like it was all by design. See more coverage of online censorship at Censorship.news.