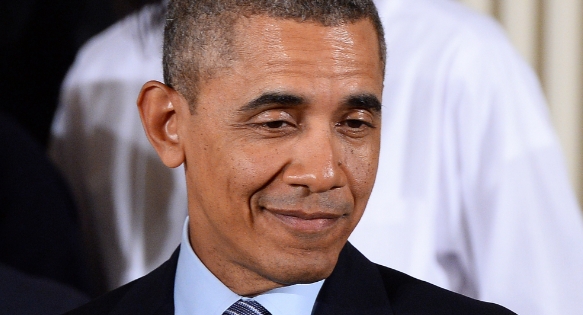 But there’s no avoiding that conclusion any longer after Senate Judiciary Chairman Charles Grassley published a letter on his official website to FBI Director Christopher Wray demanding answers to text messages he possesses that were exchanged between the two FBI lovers.

Not only do they show incredible political bias against Trump and in favor of Democrats, but one clearly proves that Strzok and Page conspired to ensure Hillary Clinton was never going to be indicted, no matter how many times she compromised the security of 320 million Americans.

In his letter to Wray, Grassley provided numerous examples of malfeasance not only regarding the bureau’s investigation into Hillary Clinton’s criminal mishandling of classified information but how Strzok, Page, and others — including fired FBI Director James Comey — were in on it.

In one unbelievable exchange, Strzok actually tells Page that he discussed Hillary’s case with her husband, former President Bill Clinton.

“On February 25, 2016, Strzok and Page discussed via text how many personnel from DOJ (Department of Justice) and FBI would be included in the Clinton [email abuse] investigation and what the best ratio should be,” Grassley wrote in his heavily footnoted letter to Wray. “In that discussion, Ms. Page issued the following warning to Mr. Strzok, about dealing with Secretary Clinton.” (Related: It’ MAGIC! Justice Dept. ‘FINDS’ MORE texts between anti-Trump FBI hacks STRZOK and PAGE.)

Page: One more thing: she might be our next president. The last thing you need us going in there loaded for bear. You think she’s going to remember or care that it was more doj than fbi?

Strzok: Agreed.  I called Bill and relayed what we discussed. He agrees. I will email you and [redacted] same.

In other words, because they believed Hillary had a good chance at becoming the next president, she was somehow supposed to be immune from tough questions about some very serious lapses in national security.

And then to be briefing her ex-president husband and getting his input on the whole thing as well?

As stunning as that is, there is more. Much more.

“On March 18, 2016, Strzok and Page engaged in a discussion about the possibility of a special counsel in the Clinton investigation and referenced Patrick Fitzgerald, who was the Special Counsel in the Valerie Plame matter,” Grassley wrote.

[Background: Plame was a former undercover CIA agent who was allegedly outed by “Scooter” Libby, then-Vice President Dick Cheney’s chief of staff; Fitzgerald investigated it. Then-Attorney General John Ashcroft recused himself because he “had prior professional associations with one of the suspects,” Grassley noted. But despite the fact that then-Attorney General Loretta Lynch’s prior law firm represented the Clintons in a tax matter, and President Clinton appointed her to a federal district attorney position in New York, she didn’t recuse herself from the Clinton email investigation.]

Strzok and Page discussed the matter:

Strzok: Thought of the perfect person D can bounce this off of[.]

Strzok: Pat [] You gotta give me credit if we go with him.  And delay briefing him on until I can get back and do it.  Late next week or later.

Page: We talked about him last night, not for this, but how great he is.  He’s in private practice though, right? Suppose you could still bring him back.  And yes, I’ll hold.

Strzok:  Yes, he’s at Skadden in Chicago.  I haven’t talked to him for a year or two.  Don’t forget that Dag Comey appointed him as special counsel in the Plame matter, and that he was there for Comey’s investiture.

Strzok:  I could work with him again.  And damn we’d get sh*t DONE.

There is much more, and you can read Grassley’s entire letter here. But the fact is, this is another piece of evidence that there was a massive conspiracy involving many high-ranking officials within Obama’s DoJ and FBI who were clearly tanking the investigation into the next president…who never was.