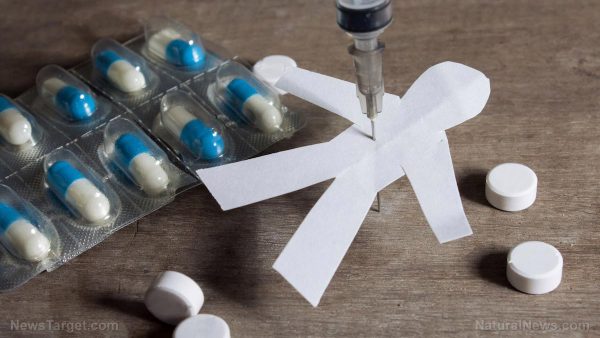 The way the mainstream media is constantly drumming up anger towards people who choose not to vaccinate their children (or themselves), it’s no wonder that some of the more extreme elements within the vaccine mafia have now reportedly threatened to kidnap, torture, and murder a female doctor for daring to tell the truth about the dangers and toxicity of vaccines.

Dr. Suzanne Humphries says she received a death threat via email on January 18, 2018, from some deranged, yet still unidentified, psychopath who went on a verbal rampage against the vaccine truth advocate. The anonymous email, which was sent from an untraceable, overseas server, contained promises of heinous torture, abuse, and death against Dr. Humphries, whose only “crime” is warning parents about the serious risks involved with vaccination.

When Natural News was made aware of this threat, we couldn’t help but recall all the mocking, jeering, and persecution from the leftist media against parents who choose not to vaccinate their children. One such leftist is late-night talk show host Jimmy Kimmel, who back in 2015 openly ridiculed vaccine-injured children and their parents during a segment on his show.

Though Kimmel didn’t necessarily advocate for violence against so-called “anti-vaxxers,” his implication in mocking them was that they represent a threat to society, which apparently is only protected by vaccines when the entire “herd” gets jabbed. This is the flawed ideology that’s been instilled into the minds of millions of people, some of whom apparently believe that when some children aren’t vaccinated, the rest of the “herd” is put at risk.

Kimmel and many others in the leftist media are directly responsible for spreading this toxic belief system, which is completely based on fake science perpetuated by the corrupt vaccine industry. But some people clearly buy into it as fact, including the raging lunatic who decided to email Dr. Humphries a sadistic threat against her life.

The religion of vaccines is similar to radical Islam: Anyone who doesn’t convert is an ‘infidel’ worthy of death

Pigs will likely learn to fly long before Kimmel and his fake news entourage ever take responsibility for the millions of innocent lives that are damaged or killed by the toxic vaccines they’re constantly promoting – let alone for the recent death threat that Dr. Humphries received because of their endless pro-vaccine propaganda. But these cold-hearted liars are absolutely responsible for this heinous threat of aggression against a woman who’s devoted much of her adult life to simply helping parents learn how to protect their children against vaccination.

What this death threat reveals, of course, is that the vaccine mafia is actually a religious cult that’s really no different from radical Islam. Like Muslim suicide bombers, members of the vaccine mafia see anyone who doesn’t conform to pro-vaccine ideology as an “infidel” who must be eliminated. This is precisely what was conveyed in the death threat that Dr. Humphries received, as its anonymous author even suggested that he’s willing to commit suicide in order to see Dr. Humphries’s life brought to an end.

It’s beyond sick, but it’s exactly what the vaccine cult apparently believes. There’s no room for dissent with vaccine extremists, who have demonstrated that they’re willing to stop at nothing – even if it requires engaging in medical jihad – to make sure that everyone is vaccinated. And the free speech of people like Dr. Humphries who disrupt this agenda simply can’t be tolerated.

“This threatening, psychopathic language, by the way, reminds me of Dr. David Gorski, an extremely dangerous, sociopathic vaccine-pushing doctor who viciously attacks and lies about anyone trying to expose the truth about vaccines,” comments Mike Adams, the Health Ranger, about another vaccine extremist besides Jimmy Kimmel who’s fueling rage and hate against vaccine truth-tellers.