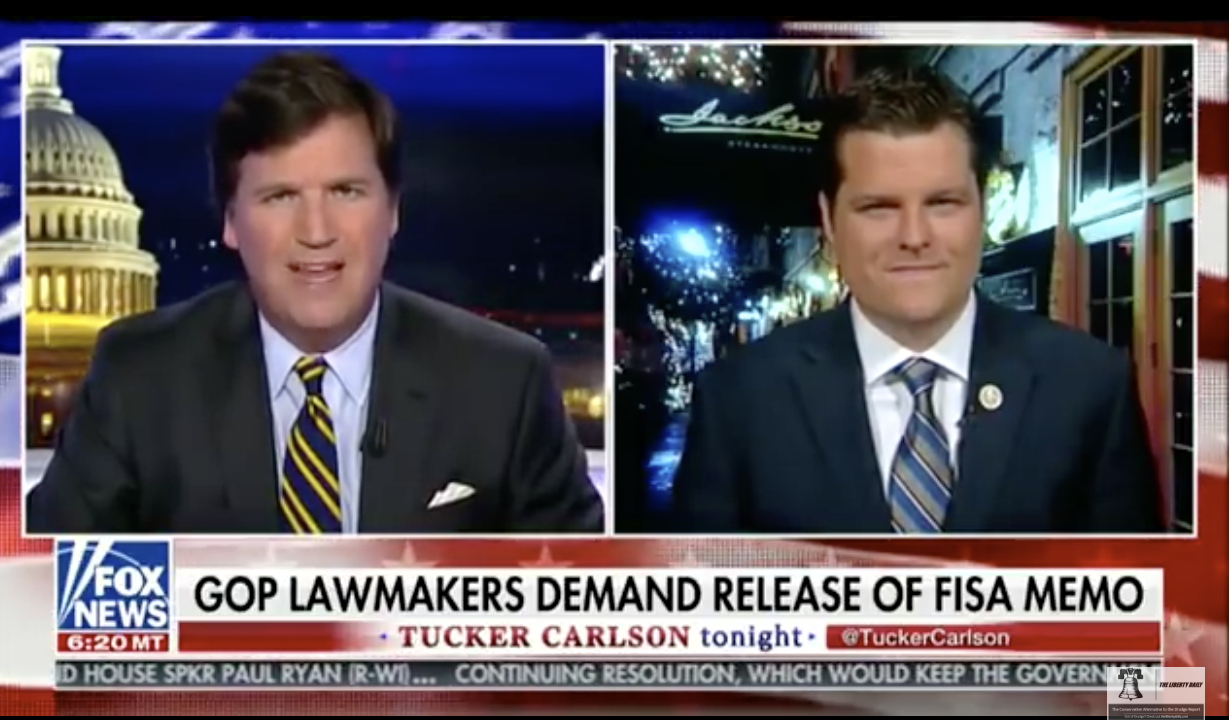 The only politicians on Capitol Hill who seem to be concerned about the potential weaponization of the FBI and Justice Department against a rival presidential campaign are Republicans. They are also the only ones who seem to want to make sure all Americans know about it.

Democrats, on the other hand, couldn’t care less. In fact, many of them are actively undermining efforts by GOP leaders and rank-and-file members to inform Americans about what will quite possibly be a scandal so bad nothing we’ve seen before comes close in comparison.

Earlier this month Americans who watch something other than fake news networks like CNN, ABC News, MSNBC, and so forth learned that Republican leaders on the House Intelligence Committee, after months of investigation and review of findings, authored a four-page memo that allegedly documents the systematic abuse of the Foreign Intelligence Surveillance Court by Deep State operatives within DOJ and the FBI, on behalf of the Obama administration.

The memo purports to show that operatives schemed to improperly obtain a FISA court surveillance warrant that was used to spy on President Donald J. Trump’s campaign, then, perhaps, to undermine his transition and presidency in the months afterward. (Related: Judge Napolitano urges Republicans to release explosive, classified “FISA memo” on House floor: “Public is entitled to know.”)

Were that not so, then “human barometer” Rep. Adam Schiff, D-Calif., the ranking member of the House Intelligence Committee, wouldn’t be working so hard (along with other Democrats and their sycophant mouthpieces in the media and commentariat) to discredit its contents before Americans have even seen it.

“Rep. Adam Schiff has many talents, though few compare to his ability to function as a human barometer of Democratic panic. The greater the level of Schiff hot, pressured air, the more trouble the party knows it’s in,” writes Wall Street Journal columnist Kimberly A. Strassel.

Mr. Schiff’s millibars have been popping ever since the Permanent Select Committee on Intelligence, on which he is ranking Democrat, last week voted to make a classified GOP memo about FBI election year abuses available to every House member. Mr. Schiff has spit and spun and apoplectically accused his Republican colleagues of everything short of treason. The memo, he insists, is “profoundly misleading,” not to mention “distorted” and “political,” and an attack on the Federal Bureau of Investigation. He initially tried to block his colleagues from reading it. Having failed, he’s now arguing Americans can know the full story only if they see the underlying classified documents.

How convenient, she continued, since the Justice Department has already come out in opposition to releasing the memo — which is hard to believe, given that Trump is the likely target of abuse.

Last weekend during an interview with allied media (CNN), Schiff even when so far as to insinuate that American citizens are too stupid to understand the four-page memo; odd, given that while English may be a second language in the “sanctuary state” of California, it’s not in the rest of the country. “Because the American people, unfortunately, don’t have the underlying materials and therefore they can’t see how distorted and misleading this document is.”

It could be that what’s really making Schiff and the Democrats nervous is that the contents of the memo, which is very well sourced, according to reports, are very likely a spot-on finding of illegal abuse of the FISA court.

“I believe this will not end just with firings. I believe there are people who will go to jail. I was very persuaded by the evidence,” noted Rep. Matt Gaetz, R-Fla., in a separate Fox News interview.