Uncensored and Independent Media News
Home
Health Freedom
Second Amendment
Prepping
Survival
Censorship
Subscribe
SHOP
Popular Articles
Have you heard of a GIGAPIXEL? The hunt for alien life is getting a new gigantic telescope in Chile equipped with the biggest digital camera on Earth
01/27/2018 / By Frances Bloomfield / Comments 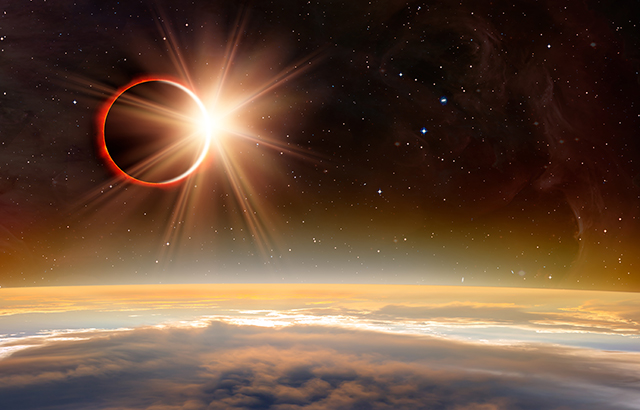 A brief video captured via drone has shown the progress of the Large Synoptic Survey Telescope, a truly colossal instrument equipped with the world’s largest digital camera. The 3.2 gigapixel CCD imaging camera is said to be so powerful that no less than 1,500 high-definition screens are needed in order to display a single image. And that image, according to the Daily Mail, will one day be the “deepest, widest image of the universe” ever caught.

Located on the El Peñón peak of the Cerro Pachón mountain in Vicuña, Chile, Large Synoptic Survey Telescope has been undergoing construction since 2015. Three years on, the video presented by Assembly Integration Verification Manager Jacques Sebag has revealed an enormous mountaintop facility well on its way to completion. As per the project’s timeline, it will see engineering first light by 2019, and its 10-year survey shall officially begin either by 2022 or 2023.

The Large Synoptic Survey Telescope is set to capture over 800 images each night, and photograph the entire sky twice every week. All of this will be done with the aid of the 3.2 gigapixel camera, which has been outfitted with a filter-changing mechanism and shutter. These features will allow the camera to perceive light from near-ultraviolet and near-infrared wavelengths.

“Each patch of sky it images will be visited 1000 times during the survey,” said the Large Synoptic Survey Telescope team of the camera. “With a light-gathering power equal to 6.7-m diameter primary mirror, each of its 30-second observations will be able to detect objects 10 million times fainter than visible with the human eye. A powerful data system will compare new with previous images to detect changes in brightness and position of the objects as big as far-distant galaxy clusters and as small as near-by asteroids.”

During the telescope’s 10-year run, the team expects it to observe tens of billions of cosmic objects to create detailed images and movies of the universe that haven’t seen before. It may even discover new galaxies along the way.

As is, the Large Synoptic Survey Telescope is poised to become one of the planet’s many larger-than-life telescopes. China has the Five-hundred-meter Aperture Spherical Telescope (FAST), a radio telescope the size of 30 soccer fields. Occupying a mountain in the province of Guizhou, the massive telescope was designed to help China explore the vast reaches of space and discover alien life.

Joining them is the James Webb Space Telescope, the world’s largest telescope that the National Aeronautics and Space Administration (NASA) hopes to launch by next year. It too will be used to create a better, clearer picture of how the universe was created. And just like the FAST, it could also seek out signs of extraterrestrial life. (Related: World’s biggest telescope is almost ready for its launch next year – scientists are hoping it will spot alien life)

The Large Synoptic Survey Telescope may eventually do the same.

Visit Space.news to stay updated on any further developments regarding the Large Synoptic Survey Telescope.