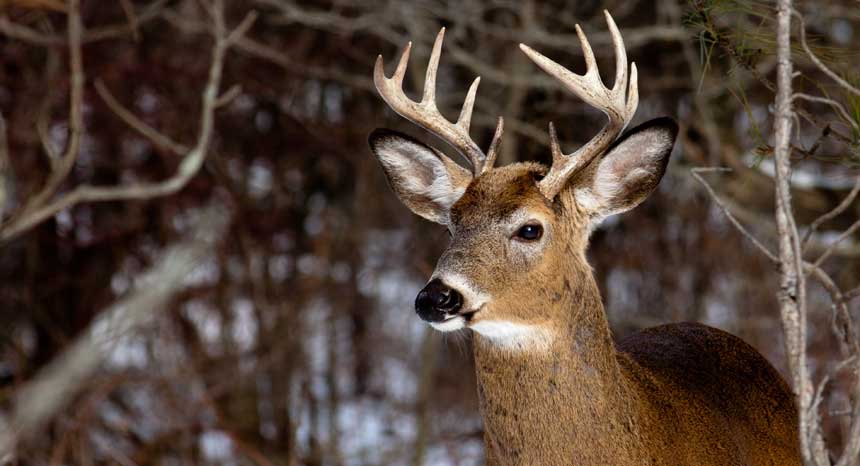 Hunters, beware: That deer you’ve got in your sights could be a literal zombie, thanks to the chronic wasting disease (aptly known as the “zombie deer disease”). According to the DailyMail.co.uk, the condition has been spotted in deer across 22 U.S. states and two Canadian provinces. To top it all off, aside from causing deer to behave somewhat like zombies, experts have warned that chronic wasting disease may potentially spread to humans.

Zombie deer disease is classified as a prion disease — a rare and progressive neurodegenerative disorder that may affect both humans and animals. The condition is triggered by when prior proteins, harmless normal proteins in the brain, are triggered. As per LiveScience.com, prions cause disease by folding unnaturally and triggering other, similar proteins to perform the same action. As a result, the brain structure becomes similar to that of a sponge.

In the case of zombie deer disease, it leads to infected animals losing a great amount of weight, exhibiting listless or blank facial expressions, becoming uncoordinated, and even displaying aggression. White-tailed deer, moose, reindeer, elk, and mule deer are all susceptible to this disease.

Can humans catch it?

Ever since it was first discovered in 1967 in a Colorado wildlife research facility, reports of humans catching zombie deer disease have yet to be recorded. That may be changing now, however. Mark Zabel, associate director of the Prion Research Center at Colorado State University, said that there had been instances of prion diseases passing onto humans, such as in bovine spongiform encephalopathy or “mad cow disease.” As such, Zabel believes that zombie deer disease “may still be evolving, and it may be just a matter of time before a prion evolves in a deer or elk that is capable of infecting a human.” (Related: Warning: Scientists discover mad cow disease-causing prions infect through air)

A Canadian study has shown this to be a possibility. As part of the research, 18 macaques were exposed to zombie deer disease through several ways: via injection into the brain, intravenously, through skin contact, and by being fed infected white-tailed deer meat or venison. After three years of being fed a total of five kilograms of venison, three of the five macaques tested positively for zombie deer disease. For humans, that’s the equivalent of consuming a seven-ounce steak every month.

So while the disease can’t affect humans just yet, there may eventually be a variant that can.

How you can avoid zombie deer disease

To minimize your chances of catching the disease, keep this tips in mind:

Stay on top of the game and remain updated on all news about zombie deer disease by going to Outbreak.news.