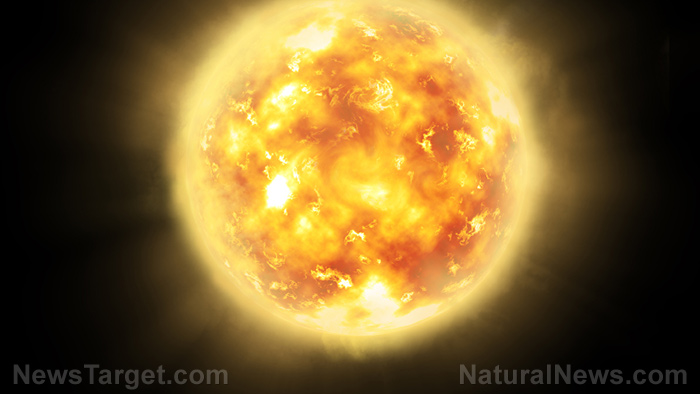 The sun gets blamed for a lot of problems facing mankind today. Solar activity is a significant driver of climate variation, for example. The sun’s role in skin cancer may be overblown, but there’s no denying that a bad sunburn can ruin a vacation. The way that a sunny day can affect your skin and even your disposition is only part of the story, however.

Most people are aware that the moon can influence the tides and our weather, but what about the sun? After all, it’s far bigger and brighter, so it only makes sense that it, too, could have a profound effect. If the moon can make people act like lunatics, as some believe, can the sun make people act even crazier?

As Therese Wade reports in the Waking Times, shamanic and indigenous beliefs pin not only the increase in extreme weather but also social unrest and mass tragedies on this gigantic star. Oral traditions passed through generations of groups such as the Southwest Pueblo and Hopi and Pacific Northwest shamans assert that the current period of instability the world is experiencing is part of a repeating cycle that is linked to the natural rhythms of the sun as it makes its way around the galaxy. The sun’s conditions, they believe, are reflected in our planet’s weather as well as its social structure and even our brain activity on an individual basis.

Right now, they say the sun is in a period of waning, pulling more energy into itself as it also pulls energy from the surface of the earth. This, they believe, releases tension on the earth’s surface in a way that is not unlike the bruises seen after Chinese cupping therapy as toxins rise to the surface of the skin. The earth’s water flow patterns and weather react to this, and things are brought to the fore that were previously held back.

Socially, they see this breaking up restricting social structures and bringing hidden information to the surface, which does sound a lot like what is happening in the U.S. today. We’re seeing growing social unrest and new revelations of misconduct by those in positions of power on a regular basis.

It also affects our mood and our brains because they run on electrical impulses. In some people, it can spur creativity and inspiration, while others tend to feel overwhelmed and start to fixate on unhelpful thought patterns. It also makes those with mental illness behave more erratically, perhaps explaining the many mass shootings and other incidents of violence that have been taking place in recent times.

What is the solution to this? According to these groups, the best approach during this time is to move and change along with the planet. Instead of trying to work against it, we need to work in harmony with it and stop trying to change it to suit our needs. If some places are becoming too dry or hot to live, communities should be relocated.

Even if you don’t buy into these beliefs, it’s hard to ignore science. Solar flares, for example, are a legitimate threat to human civilization, and they can strike with very little warning. You are probably already aware that solar storms can impact the Earth’s electrical field and radio communications, and it’s a scenario that everyone should be prepared for.

The sun also affects us in less apparent ways. For example, a Norwegian study found that people who are born during periods of solar storms and increased sun activity have lifespans that are five years shorter on average. The researchers reached this conclusion after studying demographic data on 8,600 people born between 1676 and 1878 and comparing it to the solar activity on their dates of birth. The researchers also linked heightened solar activity to higher ultraviolet radiation, which caused cell damage, reproductive issues, and DNA damage.

On the flipside, the sun boosts our body’s vitamin D production, reducing our risk of a host of health problems and lifting our mood. There’s also the fact that it is essential for life on our planet. Even though solar activity is linked to a lot of problems, the fact remains that we wouldn’t be able to exist without it.