New legal defense: The air pollution made me do it… researchers say it “triggers” unethical behaviors 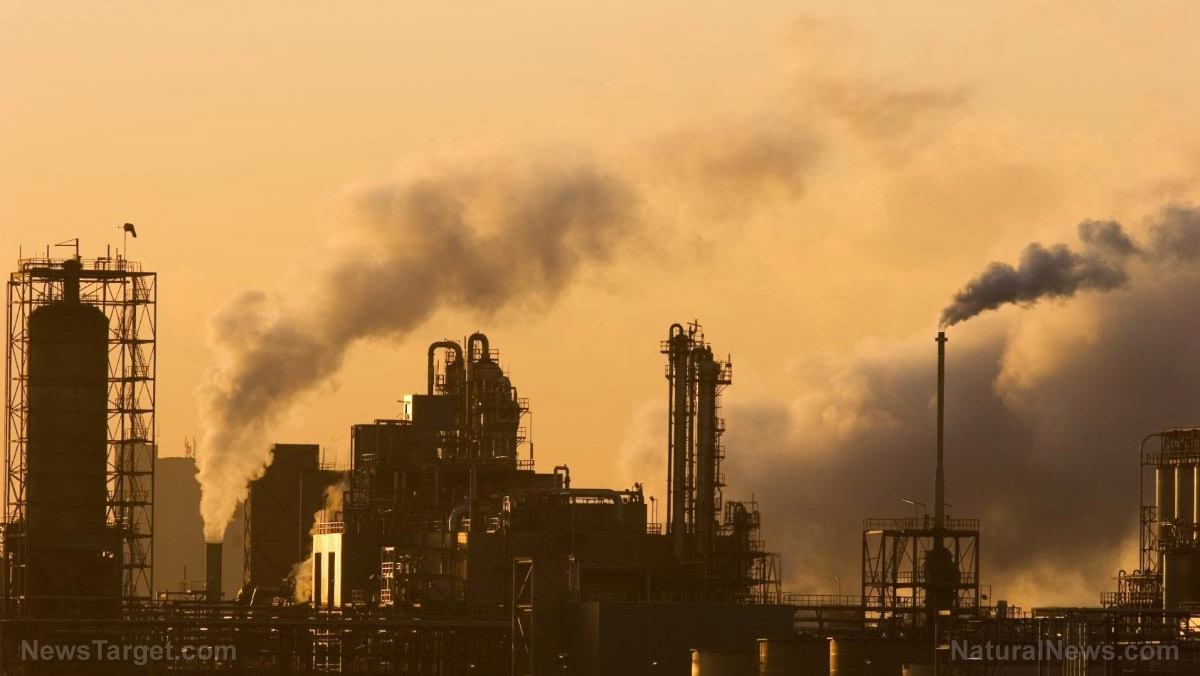 When people make excuses for their bad behavior, they no longer have to take responsibility for their choices. Researchers from New York’s Columbia Business School have found a new excuse for justifying people’s bad behavior. According to their research, air pollution makes people more anxious and therefore “triggers” unethical behaviors.

With this research, a new legal defense has been created, essentially allowing perpetrators to claim that “air pollution made me do it.” The researchers studied 9,360 American cities over a nine-year period, comparing crime data and air pollution data. They looked at the impact particulate matter, carbon monoxide, nitrogen dioxide, sulfur dioxide, ground-level ozone and lead had on people’s health.

Indeed, air pollution causes health problems, contributing primarily to emphysema and certain cancers. The new research claims that air pollution also affects behaviors, leading people to commit more crimes and cheat on their spouses. Are the researchers onto something or is this just another excuse for people to justify immoral decisions and unfaithful ways?

It is estimated that 142 million people live in areas with heavy air pollution in the United States. Another 40 million people live in polluted areas in the UK. Could murder, theft, and rape be reduced if people weren’t being exposed to so many airborne contaminants? Even if toxic elements do affect the mind, behavior, and thinking, could this correlation really be used as a legal defense to pardon murder, theft, and rape?

Just because we cannot see pollutants in the air, does not mean they are impacting our lives. These small particles can be absorbed or breathed in, ultimately affecting hormone levels in our bodies. Carbon monoxide, for example, limits the amount of oxygen that can be transported in the bloodstream, ultimately depriving organs such as the heart and brain. High carbon monoxide levels lead to dizziness, confusion, and death. Likewise, high lead levels in the body can adversely affect the nervous system, immune system, reproductive and developmental systems. Lead toxicity causes behavioral problems and brain damage in children.

Even though toxins can have an impact on behavior, one must remember that they, the individual, are ultimately in control of the decisions they make and responsible for the way they act. A strong moral compass, a person’s own conscience, and one’s understanding of right and wrong will always be paramount to the behavioral influences affecting them, whether those influences are social, emotional or physical.

After the data were compared, the researchers put 256 participants through a test that judged their willingness to cheat when confronted with either a polluted environment or a clean environment. The participants were split into two groups. One group was given a photo of a polluted scene and told to meditate on living there and breathing the air. The other group was given a photo of a clean environment and told to imagine living there. They were then told to link cue words together on a computer screen; they earned money every time they got an answer right. They were also told not to move their mouse over the word, for it revealed the answer. Those who meditated on the polluted environments were more likely to cheat in the experiment.

Mr. Lu, a Ph.D. researcher said, “Our findings suggest that air pollution not only corrupts people’s health, but also can contaminate their morality.”

The researchers concluded that morality is tainted when people dwell on their polluted environment, but the test results did more to validate the positive effects of visualization rather than prove that real life pollution destroys people’s moral compass. If we believe that our choices are caused by the particles in the air, then we will never hold ourselves accountable and never check our hearts, turning a blind eye to the truth of our character and justifying the evil motivations within.