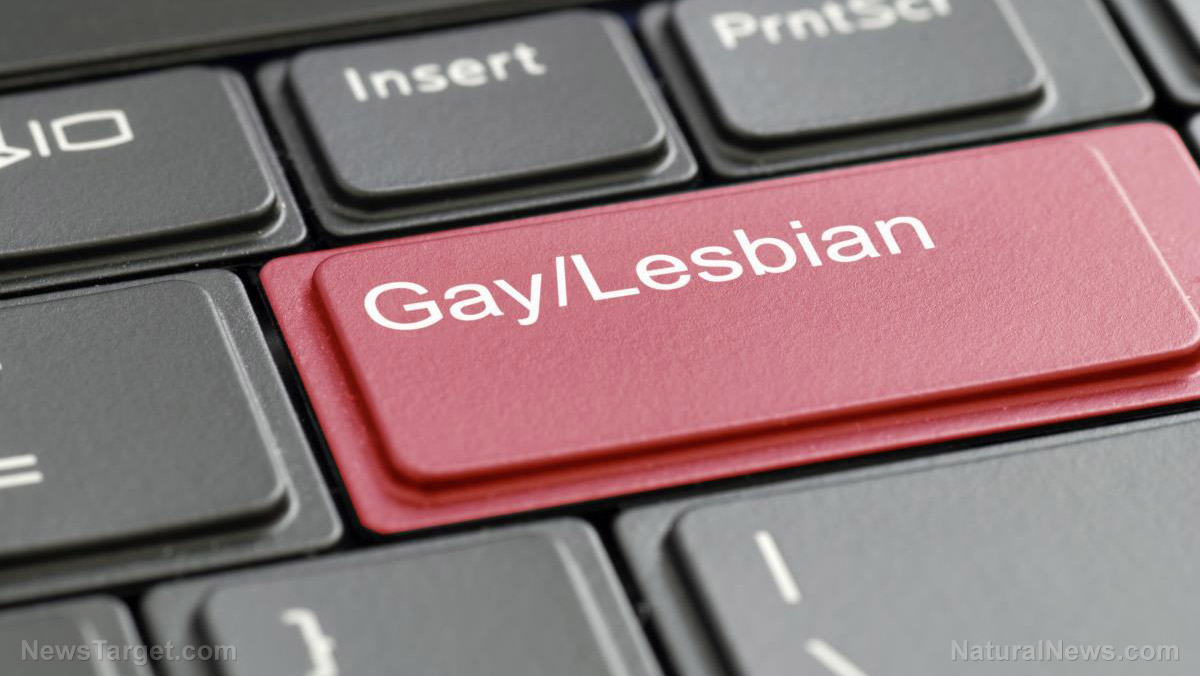 VICE is reporting on a new study published in the Journal of Personality and Social Psychology that it claims proves that no person is 100 percent “straight,” and that all people fall somewhere along a lengthy sexuality “spectrum.” But there’s only one problem: The study says no such thing.

Researchers from the Department of Human Development at Cornell University set out to evaluate the sexual arousal responses of lesbian women – because this is apparently a pressing issue in today’s world. To do this, they compiled a group of volunteers whom they studied based on their individual responses to both male and female sexual stimuli.

It was observed that lesbians respond similarly to straight men when presented with imagery of their preferred sex, meaning they showed a preference for women over men. Further, the more “masculine” the lesbian, the more pronounced her arousal response to imagery of other women – an observation that was conversely not observed in straight women, whose arousal responses are centered around men.

But VICE somehow took these conclusions and arrived at its own take, delineated by the headline, “Straight People Don’t Exist, New Research Says.” That’s right: VICE somehow contorted research on lesbian arousal data to mean that nobody is truly heterosexual, and that everyone prefers people of all genders.

“It found that, regardless of how women self report their sexuality, their bodies respond positively to both hetero- and homosexual sex. Meaning, women’s sexuality is complex and not within the bounds of strict hetero- or homosexuality,” wrote VICE writer Sonja Lekovic.

It’s a common tactic in the fake science community to take studies like this and manipulate them to say whatever the liberal media wants them to say. In this case, the agenda seems to be one of trying to convince the general populace that heterosexuality doesn’t exist, and that everyone is secretly “gay,” whether they realize it or not.

But Lekovic didn’t just pull this conclusion out of thin air. Ritch C. Savin-Williams, the Director of Developmental Psychology and the Director of the “Sex and Gender Lab” at Cornell, apparently came to the same false conclusion from his own “research,” concluding that everyone is gay simply because lesbians prefer other women.

“It’s basically a study that assesses sexual orientation by looking at the eyes and whether they dilate or not,” Savin-Williams reportedly stated about the eye-dilation portion of his research.

“You can’t control your eye dilation. Essentially, that’s what the whole project attempts to get at, another way of assessing sexuality without relying on self report. Another way of course is genital arousal, but that gets a little invasive.”

But, again: At what point during this research did the conclusion that everyone is a homosexual arise? According to Savin-Williams, it’s just there because he says it’s there, and even went so far as to jump across the gender aisle to men, which he says aren’t 100 percent straight – ever.

“We’ve always recognized mostly straight women, that is, women who mostly are straight but if the right woman comes along, well maybe she’ll try it out,” Savin-Williams added, pointing to absolutely nothing in the study itself as evidence in support of this opinion. “We used to think that was only a female phenomenon.”

What this all illustrates, of course, is the fact that gender “science” is often completely made-up nonsense that mainstream media outlets like VICE are willing to run with, so long as it pushes the agenda in question. In this case, that agenda is to further deconstruct normal human sexuality in the name of “science.”