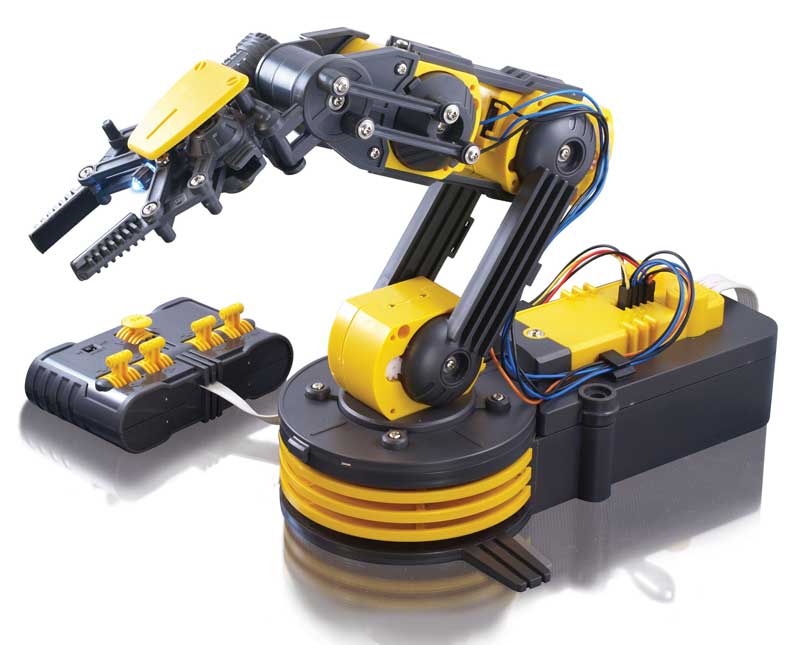 Borrowing ideas from the Japanese art of origami, a Korean research team devised a folding robotic arm. According to an article on Science Daily, the mechanical limb is capable of self-assembly and possesses high rigidity.

The Seoul National University (SNC) design leveraged variable stiffness technology, which uses complex mechatronic actuators to combine the strengths of rigid and soft robots. Using only a single wire, the new robotic arm can reshape itself, giving it the strengths of an origami-style structure without any of the weaknesses.

According to its developers, the robotic arm is capable of folding itself into a flat shape, lengthen itself in order to reach distant objects, and bracing itself when encountering resistance. It also weighs incredibly little.

The team is led by Professor Kyu-Jin Cho of the SNC. He served as the primary author of the study.

Origami-inspired folding structures suffer from two major drawbacks. The first is that their actuators are difficult to activate on a short notice. The second is that they offer poor resistance to external forces.

The SNC team solved these two problems by designing a collapsible locker for their robotic arm. Their variable stiffness actuator borrows a few pages from origami, specifically its principle of perpendicular folding.

A pair of perpendicular fold lines are capable of constraining each other’s movements, making for a sturdy structure. The researchers kept that in mind when designing a hexagonal structure that measures 40 x 40 x 100 mm.

The resulting robotic arm barely reaches 30 g , but it’s strong enough to support more than 26 lbs of compressive load. Further advantages include ease of unlocking and the ability to fold itself into a flat shape by tugging on a single wire with a minimum of effort.

A single electric motor suffices to drive the actuation system of the arm, adding to its overall simplicity and light weight.

According to the Korean researchers, the folding robotic arm is perfect for unmanned aerial vehicle (UAV) drones, which have strict constraints on their maximum size and weight. Furthermore, the arm can fold flat when it’s not being used, which reduces the drone’s profile and makes it easier to take off, land, and fly.

They demonstrated the utility and viability of their device by equipping their prototype arm on a UAV drone and putting it through a series of tests. The research team reported that the drone successfully unfolded its robotic arm, used it to pick up an object inside a ditch, and took a video recording of the trees with its arm-mounted camera.

The SNC is confident that their prototype variable stiffness robotic arm not only compatible with other types of robots and structures, but also capable of functioning in arctic, desert, underwater, space, and other hostile conditions. (Related: Agriculture robot watches crops grow, providing data, analyses in real-time.)

“Soft robots have great advantages in their flexible movement, but they have a limitation in that they cannot support high load without deformation,” explained study author Cho regarding his team’s innovative folding robotic arm.

“This robotic arm uses the variable stiffness technology which gains merits of both rigid and soft robots. With this property, the robotic arm can be folded flat when not in use and can be stiff when necessary,” he added.

According to Cho, the robotic arm is comprised by a combination of tough ripstop fabric and specially-prepared polyester PET film. These sturdy materials lend great strength to the slim limb.