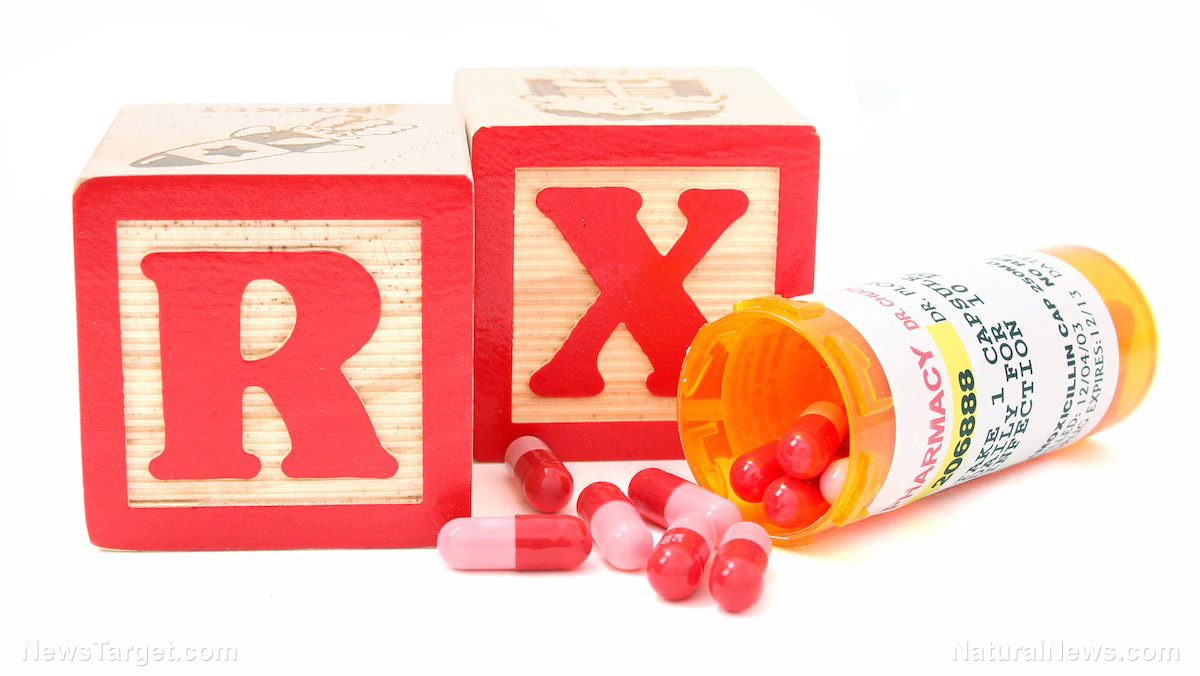 Are children in the United States being over-medicated? According to some recent statistics, it surely looks that way. Over a million children six years of age or under are prescribed a psychiatric medication. Overall, more than eight million kids in America are on some sort of psychotropic drug — and the medical establishment is hardly batting an eye.

In fact, now that the mass medication of American children has started to gain traction in the media, so-called researchers from Columbia University Medical Center published a study claiming that not enough children are on drugs. Sure, that’s the problem — not the fact that children are blindly being given a dose of pharmaceuticals, instead of being given other options.

The risk that a three-year-old child will be diagnosed with ADHD, for example, is now over 40 percent. Do nearly half of all children actually suffer with this disorder, or are we over-diagnosing children for problems that aren’t real? Not every disruptive child has ADHD — but medicating them into sedation is an undeniably “easy solution” to what, in many cases, may be a more nuanced problem.

And, as Waking Times, explains, many parents are not being given all the facts about their child’s diagnosis. In many cases, the full range of side effects and health effects that can be caused by any number of psychotropic drugs is never disclosed to parents. Worse still, there are no true medical tests to confirm “mental disorders.” There’s a checklist, and if your child’s symptoms fit the list — the next stop is the pharmacy window.

Dr. Rene Soria-Saucedo recently co-authored a study on the childhood psychiatric medication phenomenon, commenting that this trend is concerning, largely because “usefulness of medication at this early age is poorly understood.” More importantly, however, is Soria-Saucedo’s notation of parental involvement in over-prescription. The pharmaceutical industry is so insidious, particularly with their widespread advertisement of their medications, that parents begin to develop unrealistic expectations. He posits that the desire for  “faster results and remission of symptoms” may be part of what drives doctors to prescribe medication before suggesting less aggressive treatments, like behavioral therapy.

“Parents should be asking for less aggressive treatments,” Soria-Saucedo contended. He continued by suggesting that parents should question medical professionals more often, too — especially regarding medications for conditions like ADHD that are getting prescribed at ever-younger ages. “I’d love to see behavioral techniques used more often,” he added.

Moreover, there are increasing concerns about the risks that come with psychiatric medications. In early 2018, world-famous psychiatrist Peter Breggin — who has also been dubbed “the conscience of his profession”– warned that psych meds are an “obvious prescription for violence.” In an excerpt from one of his columns, Breggin wrote:

Not only do psychiatric drugs add to the risk of violence, but psychiatric treatment lulls the various authorities and the family into believing that the patient is now ‘under control’ and ‘less of a risk.’ Even the patient may think the drugs are helping, and continue to take them right up to the moment of violence.

Even when some of their patients signal with all their might that they are dangerous and need to be stopped, mental health providers are likely to give drugs, adding fuel to the heat of violent impulses, while assuming that their violence-inducing drugs will reduce the risk of serious aggression.

Over 1500 incidents of “psychotropic drug-induced homicidal ideation” have been reported to the FDA’s MedWatch program. According to the FDA, however, only about 10 percent of adverse effects are actually reported to MedWatch — which means a startlingly high number of people are out there suffering in some way or another thanks to Big Pharma, but not enough of these incidents are being reported to make a difference.

How much of this is ever revealed to parents before they start their child on a daily drug regimen?

Learn more about harmful medicine at Medicine.news or MedicalExtremism.com.