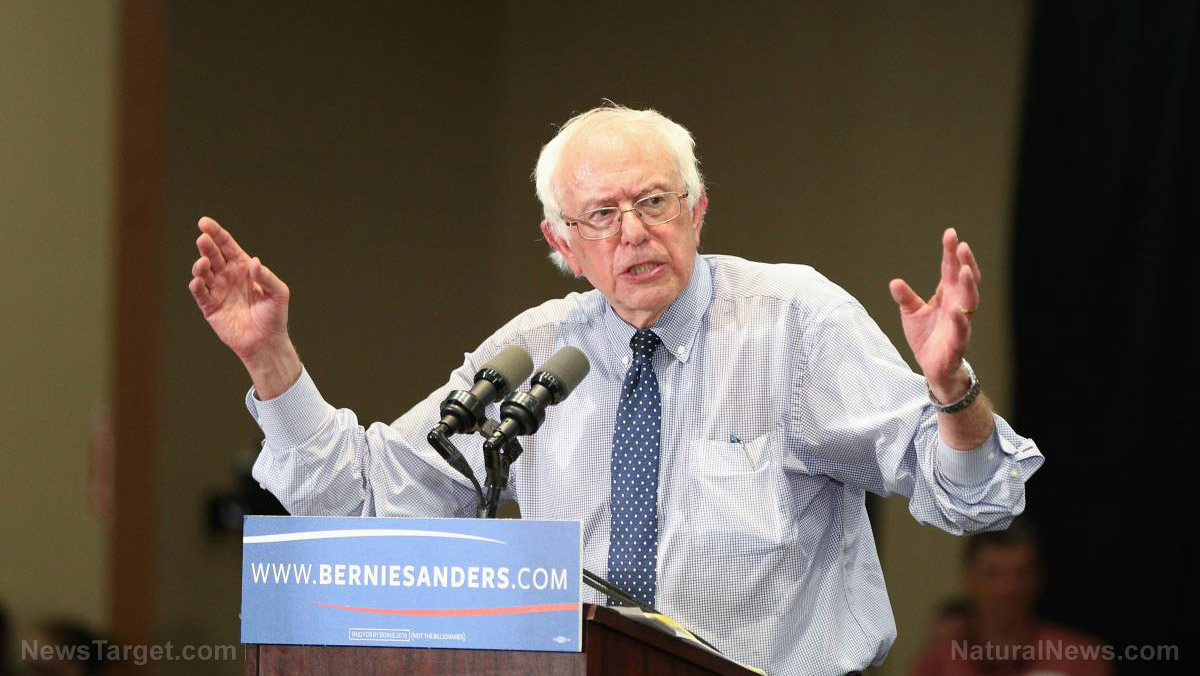 In recent days openly socialist Sen. Bernie Sanders, I-Vt. announced he would propose legislation that would guarantee a taxpayer-supported government job to anyone who needed or wanted one.

Seems Bernie thinks everyone ought to have a government job, and ought to make at least $15 an hour doing it. No word yet on how Bernie would pay for this boondoggle other than “taxing the wealthy” — who, presumably, will continue working at whatever it is they do rather than taking a Bernie-supplied government gig.

As of this writing, Sanders’ office still hadn’t announced the full plan — including the most important aspect, how to pay for it.

It’s bad enough that government workers, on average, earn nearly 80 percent more than private-sector workers. But according to a new survey from Rasmussen Reports, almost half the country supports Sanders’ inherently unworkable scheme.

“Senator Bernie Sanders is looking ahead to the 2020 presidential election with a proposed federal government program that guarantees all Americans a job with health insurance. Nearly half of voters like the idea,” Rasmussen notes, adding that fully 46 percent of respondents supported the idea (even before they know any of the details or what kind of damage such a program would cause to our economy and our society).

Sanders’s jobs guarantee would fund hundreds of projects throughout the United States aimed at addressing priorities such as infrastructure, care giving, the environment, education and other goals. Under the job guarantee, every American would be entitled to a job under one of these projects or receive job training to be able to do so, according to an early draft of the proposal.

Mind you, it’s not like the government doesn’t already have scores of “job-training programs.” It does. But you might ask yourself a question before jumping on the Bernie Bandwagon: Have you ever heard of anyone who was trained by a government “jobs training program” and then actually employed as a result of it?

There’s also some other considerations here that ought to be made but won’t ever be discussed or explained by Sanders and the Alt-Left Democratic Party that no doubt will sign onto this insanity, such as: If socialism as an economic model is superior to free-market capitalism, then why did the Soviet Union collapse instead of America?

Why did the Chinese government transition its economy from full-on socialism to more free-market principles (like profits)?

Why isn’t Venezuela a global powerhouse now with a soaring economy instead of the basket case that it’s become under the “socialist revolution?” (Related: Socialism in action: Starving Venezuelan mobs ransack food banks, slaughter grazing cattle on private farms.)

The fact is, there isn’t even a need for such a program. As The National Sentinel reports in a separate story, there is now record low unemployment all over the country, thanks to the Trump economic plan of deregulation, lower taxes, and instilling more free-market capitalism.

Those who have lived under socialist economic conditions and have seen the damage they have done first-hand are appalled at Sanders for even introducing such a plan. One of them is Fox Business host Stuart Varney, whose native country is England.

“There is nothing so disheartening as jumping from the frying pan into the fire,” he said recently when discussing socialism, “and I get the nasty feeling it’s happening to me.

“I left socialist Britain in the 1970s. Forty years later, socialism is now gaining traction here” in the U.S., he continued. “I find it very hard to believe but it is happening — especially with Millennials.”

He noted that a recent Harvard survey found that 33 percent of respondents 18-29 supported socialism, while 51 percent did not support capitalism.

“Socialism is morally reprehensible, it is something for nothing. It is divisive, and if you want prosperity for all, socialism just doesn’t work,” he added.

See more content regarding an economic collapse at Collapse.news.