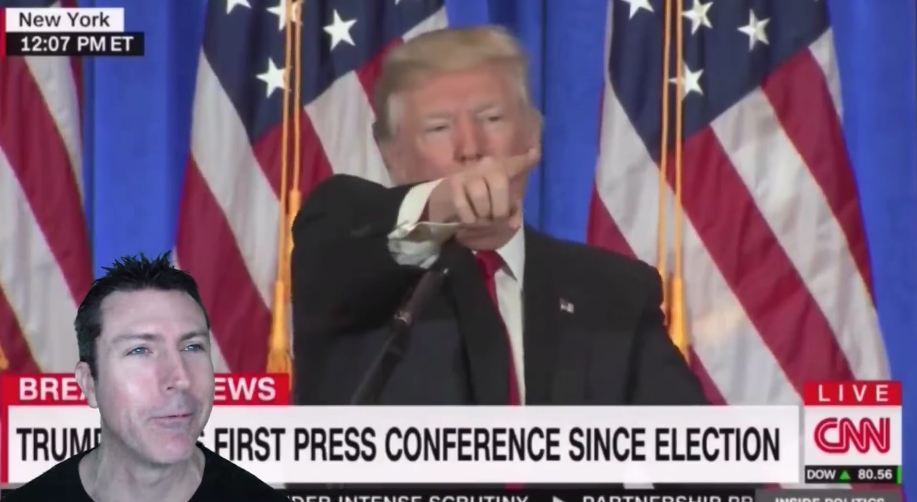 Fake news has been around for decades, if not a century. Adolf Hitler used fake news posters and his insane eugenics theories before and during WWII to blame the Jews for all of Germany’s economic woes. Then there was the massive failure of the Vietnam War, where American media covered up the fact that thousands of American soldiers were being dropped into a meat grinder and into the Agent Orange cancer-causing poison – all to no avail. The media lied profusely and claimed we were “winning” the war, while covering up all the atrocities as our soldiers came home missing legs, secretly dying of cancer, or in body bags.

Then there was the Gulf War, which served the military industrial war complex, so CNN had to stage their infamous fake news in order to add to the emotional “excitement” in order to get the American people to support the lies and thus fill politician’s pockets with millions. Here’s blatant proof, as covered by InfoWars.

Yet, nothing compares to the fake news of recent years, as exposed by truth media and nearly every alternative media website in the nation, where journalists and investigative reporters realized the abysmal depth of deep state corruption, headed up by the absolutely non-transparent Obama Administration (and the Bush Administration before that).

In fact, the war for truth news may be the main reason Trump won the office of POTUS. No politician or political candidate ever called out fake news before that. Not ever. The lies became so widespread and obvious that the majority of voting Americans woke up from the fog of fluoridated tap water, GMO food and toxic flu shots, and realized they needed to vote all the clowns out of office. The lying mass media needed to be dismantled. It worked.

The key to fake news is to quote sources that don’t exist, and then have all your affiliates quote each other. It’s one big circle jerk that leads to nothing, totally avoiding being discredited, or so they thought. The boondoggle of fake news sources that leads directly nowhere is exactly how the fake Trump-Russia collusion conspiracy has been debunked and dismantled entirely.

The boondoggle of fake news sources that leads directly nowhere is exactly how most Americans realized that most “mass shootings” are staged by gun control freaks from the perverse “Left” and purported via mass media using propaganda to stir emotions. Just take the anti-gun sociopath David Hogg for example. His evil agenda is quite obvious.

Yes, real news called out fake news long ago, across the board. The only problem is that fake news is run by filthy rich billionaires, and real news is only run by either semi-wealthy people or basic hard-working Americans who make their “decent” money off their popular websites, Youtube video fan support, and through crowd-funding. Plus, the big lies are scripted at the “top” of the news food chain, and find their way to the bottom feeders, where the fake news scavengers (newspapers, magazines and local news TV stations) recycle and regurgitate the propaganda word for word. In fact, the following mind-blowing video shows how local news TV puppet-journalists read the word-for-word-propaganda scripts across the nation. Like they say, repeat any lie enough times and the drugged-up masses will believe it. So many mass media stooges just reading the script, even with the same intonations!

Once fake news was exposed, they were literally screwed. Their ratings plummeted and their favorite socialist candidate for POTUS, and accomplished liar, was about to lose the ultimate and most important election in the history of the United States of America. Had “Hitlery” Clinton won the presidency, this country right now would look like Venezuela does, have no doubt. The only hope the deranged Leftists had of helping the crumbling, sick, demented and cheating Hillary win the election was if the lying mass media could somehow discredit the truth media that was exposing all of their propaganda.

Then, the fake news CNN themselves met their own demise – POTUS-to-be called them “Fake News” to their faces in live interviews and press conferences.

Never before in the history of this country has a major public figure called the mass media fake and gotten away with it. It’s almost suicidal to try it. Some people have been “suicided” for trying it, like Democratic insider and whistle-blower Seth Rich.

Today, if you call out fake news, criticize the gun-grabbing Left, call out the propaganda of staged events, point out the blatant lies purported by Google, Wikipedia, the CDC, the FDA, or the New York Times, then you are deprived by them of your revenue sources, advertising, and even banned from the major players on social media. Have no illusions, social media and all TV stations are run by the deep state “Pravda” extremists who want to destroy America through communist, socialist and tyrannical means. According to the billionaires who run the TV networks, the major newspapers and social media, if you are patriotic and support the Constitution then you are a terrorist and a traitor. According to the insane far Left, if you support your President then you are a racist, bigoted, brainwashed Nazi with no right to state your opinion or the facts at all, ever. You have no right to debate either. Even some celebrities are calling out the Left’s lies and screaming for Americans to think independently!

If you still have a brain that works and you seek the truth, make sure your voice is heard via alternative media and throughout your community, because the “boob-tube,” the newspapers, and social media are running a massive censorship campaign in an attempt to overthrow the only chance we all have of truth, liberty, and justice for all.