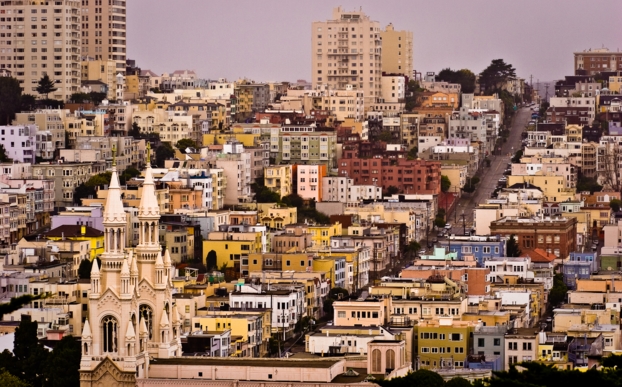 If what radical leftists and environmentalists say about conservatives is true – that they don’t care about the environment and that they are polluting the entire world – then it would seem that more conservative areas of the country like Texas and the Midwest would essentially be gigantic trash heaps. On the contrary, following that same logic, areas of the country that are controlled by leftists should be clean as a whistle. Why, then, are tourists currently begging the liberal city of San Francisco to clean up their streets?

It’s true – San Francisco is quickly turning into a dump, with people injecting themselves with drugs in broad daylight, tent camps and garbage lining the sidewalks, petty theft running rampant and even human feces scattered across the city.

“The streets are filthy. There’s trash everywhere. It’s disgusting,” argued Joe D’Alessandro, president of S.F. Travel, the city’s visitors’ bureau. “I’ve never seen any other city like this – the homelessness, dirty streets, drug use on the streets, smash-and-grabs. How can it be? How can it have gotten to this point?”

It’s worth noting that Joe D’Alessandro’s job is to essentially promote San Francisco for the purpose of bringing in tourists, so the fact that he is openly speaking about how bad the city has gotten in terms of garbage and homelessness is truly telling.

“We can’t be quiet anymore,” D’Alessandro continued. “We’ve got such a glorious history, such a beautiful setting, and the fact is, we’re letting it all slip away into this quality of life now that is not good for anybody. We’ve become complacent, and I think we’ve taken this as a kind of new normal, and it’s not. It’s wrong, and we have to do something about it.” (Related: Shellfish from San Francisco Bay have been found to be contaminated with four different types of toxins.)

Indeed, at one time, San Francisco was a beautiful city to visit. Conservatives may not be too fond of the politics, but setting that aside, it really was one of the most iconic and pristine places in the entire country. It’s a shame that it is being run into the ground now, and it’s even more upsetting that, as D’Alessandro pointed out, the people appear to be becoming complacent with it all.

Another iconic American city that seems to be following the same exact path as San Francisco is Detroit, which for a century prided itself on its robust car manufacturing industry. The city even dubbed itself as “Motor City” – it was a shining example of American ingenuity and the free market system at work. But now, after decades of corrupt politicians and failed leadership, Detroit has essentially been run into the ground.

It would be a mistake to ignore the fact that both of these cities, which are now spiraling downwards into a state of rampant homelessness, drug use and filth, have been run by left-wing Democrats for years. It would also be a mistake to deny that there is any connection between the two. (Related: Detroit is now being forced to deal with toxic chemicals in the drinking water.)

In Detroit, every single mayor since 1962 has been a Democrat. In San Francisco, the last Republican mayor was George Christopher in 1964. That means that for over 50 years, both of these cities have been governed by leftists, all of whom put in place big government policies that hindered economic growth and essentially fostered an environment of poverty and homelessness. Now, both San Francisco and Detroit appear to be reaching a point where the people are becoming complacent, and all hope for a better, cleaner future is going out the window.