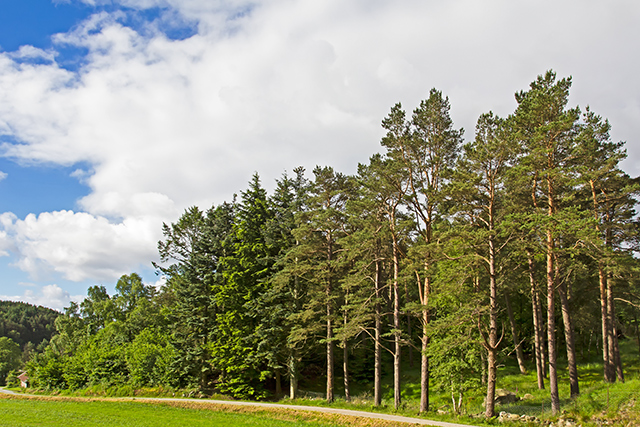 The biggest battleship ever built by Nazi Germany hid itself from Allied bombers by deploying an artificial fog made from toxic chemicals. Seventy years after World War II, the effects of this technology are still felt in Norway, where local trees took many years to recover from the deadly air pollution, according to a Live Science article.

The Tirpitz was the second of the Bismarck type battleships. As the war went on, it was sent to Norway, where it was eventually sunk by Allied air attacks despite its ability to create artificial fog.

According to researcher Claudia Hartl, the Norwegian forests bear the scars of a battle between the Tirpitz and Allied air forces. She talked about her discovery at the recent yearly conference of the European Geosciences Union. (Related: Chemotherapy-how did mustard gas from a blown up WWII ship get into your veins?)

Hailing from Germany’s Johannes Gutenberg University (JGU), Hartl studies tree-ring dating. “War dendrochronology” – the study of the timelines of trees during times of conflict – was the furthest thing from her mind when she went to Kåfjord, Norway.

Hartl was reconstructing the annual temperatures in northern Scandinavia during the last two millennia. To that end, she took samples from the long-lived pine trees in Kåfjord.

Pines have extensive lifespans that can reach hundreds of years. Stumps have been found in frozen lakes that are more ancient than any living tree in the region.

A tree-ring shows the growth of a tree during a particular year. The temperatures in Scandinavia controlled growth, with cold years marked by narrow rings and warm times denoted by wide rings.

Hartl and her fellow researchers were surprised to find pine trees that didn’t create rings during 1945. Trees only failed to produce rings during times of incredible stress.

Their reconstructed climate records didn’t show any clues as to why the Kåfjord pine trees failed to produce rings. They eventually learned that the fjord used to be the mooring place of the Tirpitz.

The Nazi battleship had been sent to Kåfjord to attack Allied supply convoys headed for the Soviet Union. The Norwegians dubbed it “The Lonely Queen of the North” while Winston Churchill labeled it “The Beast.”

When it came under attack, the Tirpitz created a smoke screen using chlorosulfuric acid. The chemical gathered moisture from the surroundings and formed artificial fog.

Chlorosulfuric acid is not a well-documented chemical. However, Hartl did learn the substance is so corrosive that soldiers wore gas masks and protective suits while deploying it.

The JGU research team took samples from half a dozen sites near Kåfjord. Sixty percent of the pine trees in the site nearest the Tirpitz’s anchorage didn’t grow rings during 1945.

Some trees suffered so badly that it took up to 12 years before they started growing rings again. In contrast, the pines further away from the fjord and the artificial fog recovered faster.

Hartl and her team believe the chlorosulfuric acid caused the affected trees to lose their needles. Without their leaves, the trees could not photosynthesize food, resulting in stunted growth.

In an interview with Live Science, Hartl said the Tirpitz’s impact on Norwegian pine trees is an interesting example of how humans affect ecosystems. A natural drought would reduce growth, but affected trees will recover within five years. However, the trees in northern Scandinavia took as long as a dozen years to recover from the toxic chemical.

Learn more about dangerous chemicals – like the chlorosulfuric acid used by the Tirpitz – at Chemicals.news.