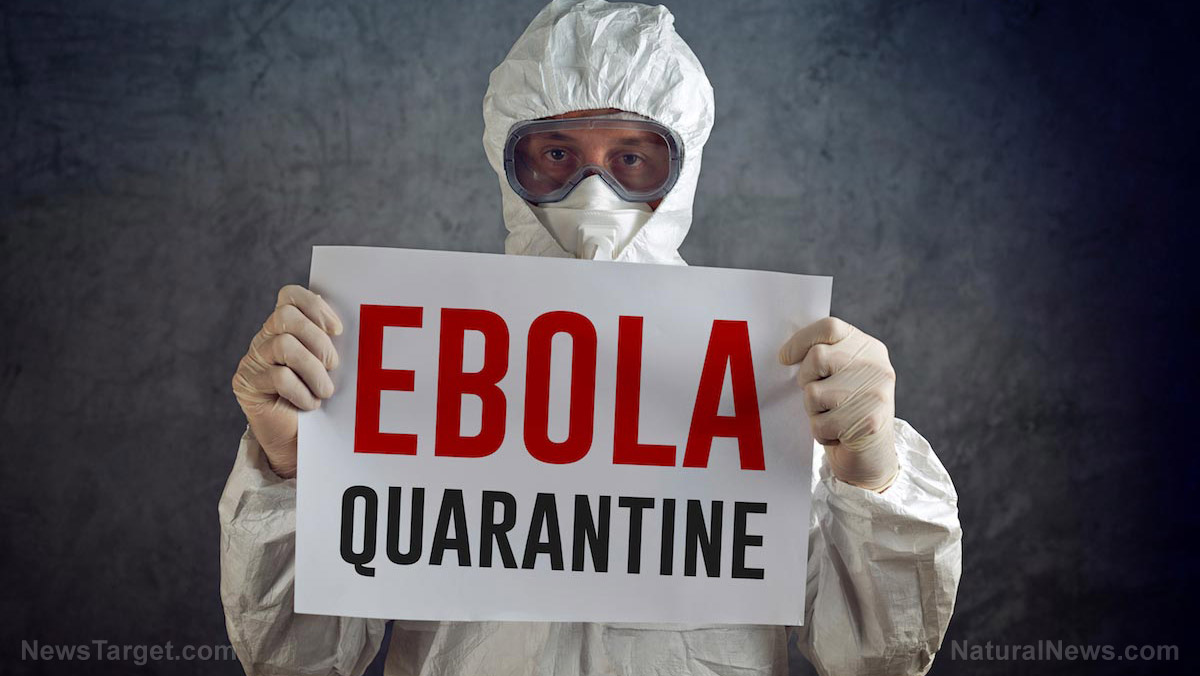 A new and growing Ebola outbreak is hitting the Democratic Republic of Congo, and additional concerns have been raised as three infected people escaped their quarantine hospital, potentially infecting countless others.

The three patients had been quarantined in the northwestern city of Mbandaka, a port city with a population of nearly 1.2 million. Two of the patients have passed away, while a third has been found alive and brought back to the hospital for observation. Medecins Sans Frontieres said that two of the escapees had been brought by their families to a church to pray.

World Health Organization Spokesman Tarik Jasarevic told ABC News that while the incident was very concerning, it isn’t unusual for people to wish to spend their final moments in their homes with loved ones. WHO staff is now redoubling its efforts to track down everyone who might have come into contact with these patients.

The problem is compounded by the fact that Ebola is so easily spread. Exposure to the body, fluids, or even personal items of someone who has died from the disease can spread it easily, something that not everyone there is aware of. The WHO is working with community and religious leaders to get the word out in hopes of keeping infections to a minimum.

Another challenge is the fact that traditional practices in the area don’t match up with health recommendations, particularly when it comes to funeral practices. In addition, some of the rural population does not believe in Ebola in the first place and has no faith in the ability of Western medicine to help.

Workers from the WHO and Oxfam are going door to door to let everyone know what hygienic precautions they can take to lower their chances of contracting the deadly disease. They’re also letting them know about symptoms to look out for, which include headache, muscle pain, fatigue, fever, diarrhea, vomiting, rash, and bleeding or bruising.

How far will the current outbreak spread?

Until recently, the current Ebola outbreak had been confined to the country’s rural areas, but it has now made its way to bigger cities like Mbandaka, where it has the potential to spread to many more people. The city’s location along the Congo River and its use as a transit hub is raising fears about just how far the outbreak could spread. The city of Kinshasa, which has a population of 10 million, is just downstream, and across the river is the Republic of the Congo’s capital, Brazzaville.

So far, 58 people have reported hemorrhagic fever symptoms in the country, although it’s likely that there are many more cases going unreported given the general mistrust of doctors in the country. Thirty cases have tested positive for Ebola, 14 are suspected, and 14 are considered probable. Some of the infected include health care workers. Twenty-two people have died so far in what is the country’s ninth outbreak since the deadly virus was first identified in 1976, and the outbreak only started earlier this month.

Experts have said that the outbreak has now reached a critical point, with the next few weeks indicating whether they’ll be able to keep the outbreak under control or if it will hit urban areas in full force. Health workers have a list of more than 600 people who are known to have come into contact with confirmed cases, and they are working hard to keep it from becoming a repeat of past outbreaks. One of the biggest Ebola outbreaks struck Guinea, Sierra Leone, and Liberia between 2013 and 2016, killing more than 11,300 people.

Moderna admits that some components of mRNA tech used in vaccines can cause “significant adverse events”
By Isabelle Z.
Comments