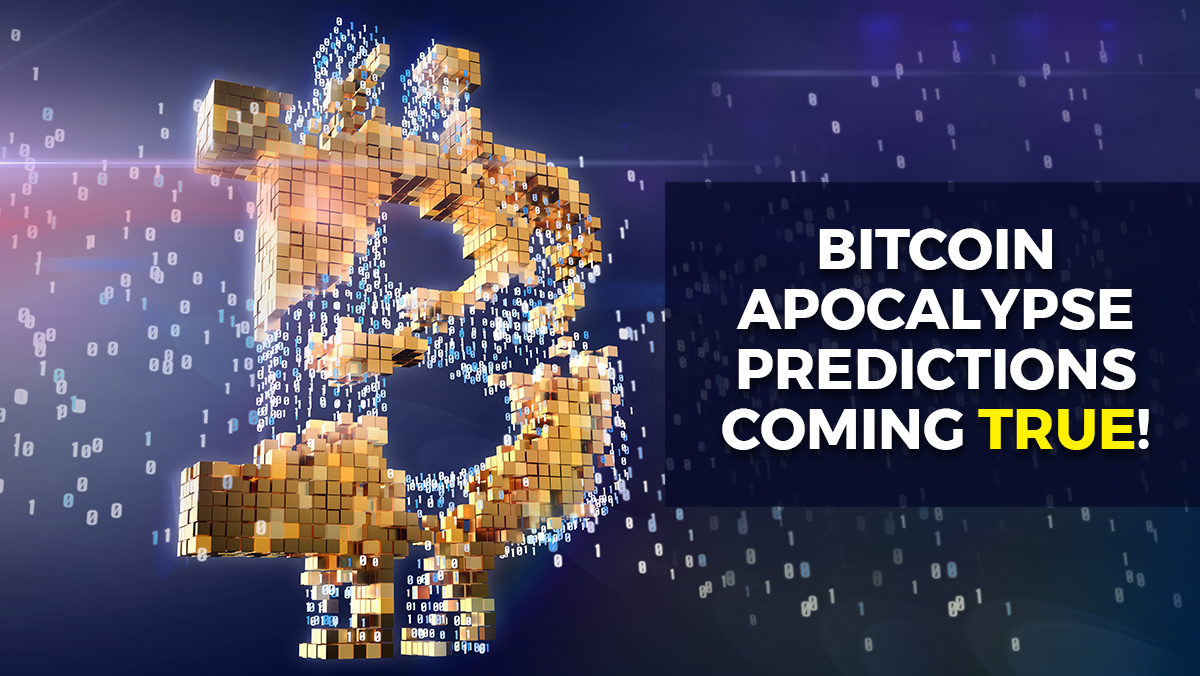 The market price of the popular online cryptocurrency Bitcoin has sunk so low in recent days, compared to the all-time highs it reached last Christmas, that “mining” the digital “money” is no longer a profitable endeavor, new reports indicate.

Because “digging up” Bitcoins from cyberspace requires an incredible amount of computing power and constant technology upgrades, miners may no longer be incentivized to produce and transact the crypto now that its price has dropped below its profitability threshold of around $6,500 per coin (based on calculations in the United States).

Speaking to CNBC, crypto analyst Robert Kelly explained how Bitcoin miners typically need to upgrade their equipment every 18 months in order to keep things profitable. The average cost of doing this is right around $6,500, which didn’t sound like a whole lot when Bitcoin was trading for around $20,000 per coin.

But now that things have changed, it’s up in the air as to the future of Bitcoin. While it remains relatively inexpensive to upgrade mining equipment in places like Venezuela (around $531), it’s remarkably higher in other places like South Korea (about $26,170). And it’s not only high equipment costs that are a factor, but also electricity costs.

“A lot of countries in Western Europe (such as Germany and Denmark) are ranked as some of the most expensive places to try and pull Bitcoin out of the ether,” explains CoinTelegraph.com. “In fact, in the current climate, mining a Bitcoin in either of the aforementioned countries would end up costing you $4,000.”

The U.S. used to be an okay place to mine Bitcoin because it’s less expensive here compared to these countries. But that was when the price of Bitcoin was higher – and it’s difficult at this point to predict where the price will go from here.

As the costs associated with mining and trading cryptocurrency is rising, their market values are all dropping

Meanwhile, the amount of electricity needed to mine and transact Bitcoin is skyrocketing. As we covered in another recent story, Bitcoin now sucks up about one half of one percent of the world’s total electricity output.

To put it all into perspective, a single Bitcoin transaction requires an amount of electricity equivalent to what’s used by the average Dutch household in an entire month – that’s how much precious energy is being wasted on Bitcoin.

Coupled with the fact that not only Bitcoin but a whole slew of other cryptocurrencies are plunging in market value, the whole system seems to be on the verge of collapse. It’s simply unsustainable to keep pouring money into new mining systems when the value of the cryptos being mined continues to approach zero.

“Top altcoin Ethereum (ETH) has fallen over 10 percent in the 24 hour period, trading around $475 to press time,” explains CoinTelegraph.com about another popular cryptocurrency that’s rapidly losing its perceived value. “The coin has broken below its recent round figure low of $500, losing over 30 percent of its value in the last month.”

“Of the top ten coins, IOTA (MIOTA) has suffered the heftiest losses, falling over 13 percent in the 24-hour period, trading at around $1.21 to press time.”

This latter loss comes despite the recent demonstration of a supposedly improved “proof-of-concept,” or PoC, system that’s supposed to make the crypto world more efficient. PoC has yet to make a dent in providing any tangible improvements, though – and while this is all going on, cryptos all across the board appear to be failing.

“Of all the top 100 cryptocurrencies on Coinmarketcap’s listings, only 2 altcoins, Decentraland (MANA) and Emercoin (EMC) – ranked 94th and 95th respectively – are comfortably in the green,” adds CoinTelegraph.com.

For more news about Bitcoin, check out BitRaped.com. For headlines on electricity and the power grid, read Electricity.news.