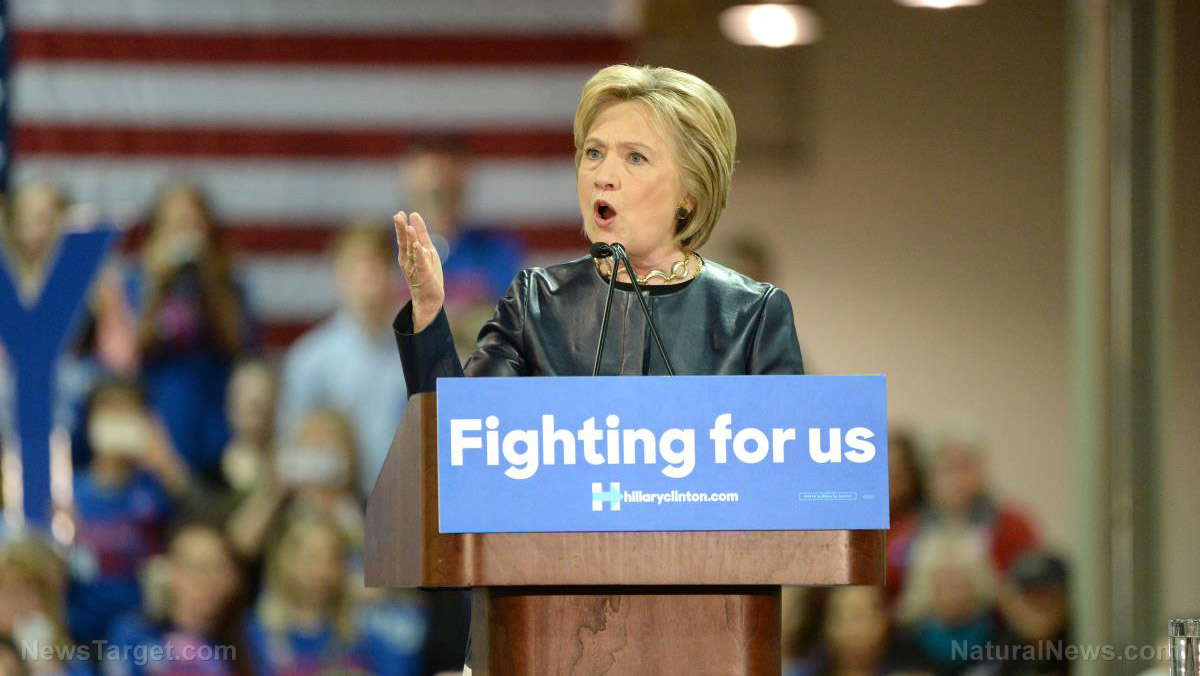 Over the weekend an opinion column from the New York Post’s Michael Goodwin drew a great deal of attention as a lead link from the Drudge Report for his speculation that Hillary Clinton will make a third bid for the U.S. presidency in what would be a rematch against President Donald Trump.

“Hillary Clinton is up to something,” Goodwin wrote after noting her super PAC has sent out emails with increasing frequency either discussing the latest “outrage” committed by POTUS or asking for money.

“With the Democratic Party locked in a battle between its far left wing and its far, far left wing, no single leader has emerged to unite it,” Goodwin wrote. “Clinton is trying to play that role by being a mother hen to the fledgling activists drawn to politics by their hatred of Trump.”

Many of those new activists likely supported the socialist Sen. Bernie Sanders in 2016 when the DNC cheated him out of the nomination and handed it to Clinton like a coronation. But now by helping fund those activists, Clinton puts them in her debt.

Goodwin mentioned the possibility that Clinton was attempting to play the role of kingmaker – that her time has passed but she wants to retain a relevant national role in selecting the next leader of the free world (not named Trump).

But he doubts it. He says she’s too self-centered for that. And he’s not alone.

Writing at the American Thinker, Joel Gilbert – whose column was published ahead of Goodwin’s – flat-out predicted that she’s going for the Oval Office again. A narcissist to the core, she really does believe that she’s been ‘cheated’ out of the presidency twice– once by Barack Obama and once by Donald Trump.

Throughout her post-election appearances, whether they were part of her “What Happened” book tour or at various speaking engagements around the world, Gilbert notes her message has been the same: Attack President Trump as a “racist” and “sexist” whose supporters are “deplorable.”

There’s a path for her

“Hillary also continues to preach that she won the 2016 popular vote by 3,000,000 votes, but because of the electoral college (that damn Constitution thing) and RussiaRussiaRussia, she was robbed of her rightful prize and place in history,” Gilbert wrote. (Related: Hillary Clinton proves once more why she deserved to LOSE her second presidential bid.)

But there’s no way she could win the nomination – right? Gilbert disagrees. And so does Goodwin.

Hillary has a highly plausible path to the Democratic Party nomination, something no other potential Democrat candidate for president can say. In the primaries, Hillary Clinton’s name recognition and loyal voters would earn her an easy 25% of the vote, while the anti-Hillary vote would split among as many as ten other candidates at about 5-10% each. This is not dissimilar to what Trump accomplished on the Republican side in 2016. With a solid base of supporters, Trump was able to win primary after primary while the others split the vote. Each time someone dropped out, Trump picked up about half of his supporters, with the other half disbursed among the other candidates. This is a realistic path for Hillary to gain the Democrat nomination, and it is no doubt irresistible to her.

Plus, as we’ve seen, the Clinton pay-for-pay machine is a potent fundraiser. She and hubby would be right back in business selling out American interests to the highest bidder were she to sneak/steal the Democratic nomination again. And this time around she’d also be more than willing to pander to the Bernie Sanders wing of her increasingly deranged party.

Plus, Gilbert claims the Clintons have $1 billion stashed away “for just such a rainy day,” compliments of all those donations over a 30-year fundraising period.

Everything else would fall into place once she won the nomination, complete with unscrupulous media fawning.

There’s nothing that says Trump won’t beat her again, however. And next time he’d go into the campaign with something Hillary doesn’t have: Four years’ worth of accomplishments as leader of the free world.

Stay tuned. We will be.